We don't know which stock Buffett will offload next, but we do have some reasons why these three could be on his list.

Superinvestor Warren Buffett's Berkshire Hathaway Inc. (BRK.A -0.59%) (BRK.B -0.58%) is well-known for its impressive portfolio of stocks, largely hand-picked by Buffett himself over the past several decades. And while Buffett has said that his favorite holding period is forever, he's done his fair share of selling over the years. Sometimes he sells to raise cash for other investments, and sometimes he sells because he's lost faith in an investment for one reason or another.

We asked three of our top contributors to nominate stocks that they think Buffett may unload next. While we don't have any special access to the Oracle of Omaha's future plans, and it's likely that we will miss the mark with these suggestions, this exercise serves an important purpose: It forces us to look at three great companies and identify something about them that could make them sell-worthy. 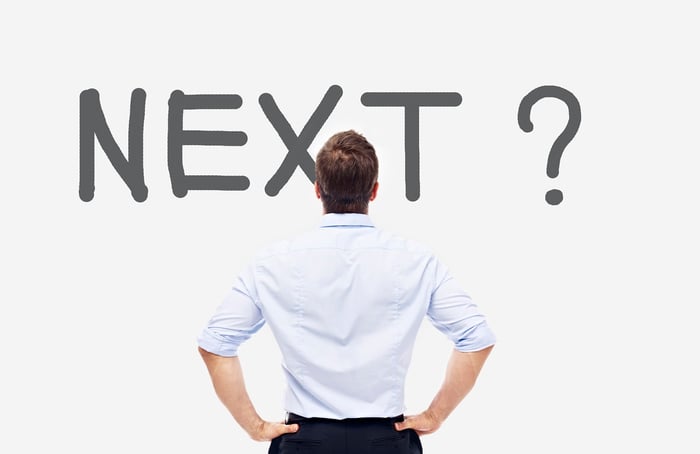 Jason Hall (Wells Fargo): Warren Buffett is an unabashed fan of companies that paid steady dividends and regularly repurchase stock. Over time, several of Buffett's biggest investments have paid off very well, in part because of these actions. Unfortunately for Buffett and Berkshire, the share buybacks at Wells Fargo could actually become a problem.

This is because Berkshire now owns more than 10% of Wells Fargo and must be a so-called "passive" investor in the company, limiting Buffett's ability to engage with the bank's management, or otherwise use his leverage as a major shareholder and investing icon on Wells Fargo. That may be difficult for Buffett to do going forward, particularly if Wells Fargo's management doesn't right the ship and move the company beyond the fraudulent account scandal that continues to affect the bank's reputation with consumers.

So far Buffett has remained solidly supportive of Wells Fargo and its new CEO, at least publicly, but I think it's a safe bet that if he isn't satisfied with management's progress on moving forward or if he sees signs that its reputation is more permanently damaged than he first thought, Buffett would be willing to sell enough shares to become an active investor again and start pressing the bank to get its house in order.

A move away from brick and mortar?

Keith Noonan (Coscto): Berkshire Hathaway has owned a stake in Costco since 2001, and held more than 4.3 million shares of the company at the end of its last reporting period -- worth roughly $762 million at current prices. Costco runs a great business, and its ability to sell bulk goods at low margins and still generate substantial net income from membership fees is a moat that fits the Buffett model, but retail trends and pricing highs for the stock could cause Berkshire to reduce holdings in Costco.

Berkshire's move to reduce its Wal-Mart position by 89% in the last quarter could be an indication that the investment company has concerns about the future of brick-and-mortar retailers. While significant differences exist between Wal-Mart's and Costco's business models, both are threatened by the rise of online retailers like Amazon.com, and Buffett's own comments suggest that he thinks the leading online seller will continue to disrupt competing retail outlets. Online sales accounted for only 8.1% of U.S. retail sales in 2016, but e-commerce momentum is undeniable and looks poised to continue. While Costco's global sales increased 3% in its last reported quarter, Amazon's retail sales grew 20.6%..

With Costco shares trading at lifetime highs and a forward P/E of roughly 30, the warehouse retailer also looks significantly more expensive than Wal-Mart, which trades at roughly 16 times forward earnings estimates. Pricing strength and a shifting retail landscape could provide the impetus for Buffett's company to make some profits on Costco.

Selling off the spoils of the financial crisis

Dan Caplinger (Goldman Sachs): Buffet has said that his favorite holding period is forever, but that hasn't stopped him from selling highly appreciated positions when he can find better uses for his money. That's been one motivation for Buffett, having sold shares of Goldman Sachs in the past, and the need for funds could lead to further sales ahead.

In late 2015, Buffett sought to buy industrial forged castings specialist Precision Castparts. The price was $22 billion, and Berkshire had enough cash to complete the purchase without the need to raise funds, but instead, the conglomerate chose to sell off about 13% of its stake in Goldman Sachs, taking the total position from more than 12.6 million shares to just under 11 million shares.

One reason why Goldman shares might be a preferred source of capital for future purchases goes back to the way that Buffett took the Goldman position in the first place. Goldman badly needed capital during the 2008 financial crisis, and Buffett was willing to purchase $5 billion in preferred stock. The deal paid Buffett a 10% annual dividend, and along with the deal, Berkshire also got warrants that eventually resulted in the company getting an additional $2 billion in Goldman shares. Yet the structure of the deal showed that Buffett wasn't interested in investing more cash in Goldman Sachs. After its sharp rise, Goldman could be a good source of future funding for whatever purchase Buffett wants to make next.