Ford is exploring using 3D printing for large-scale production, and it could bring a new level of customization to vehicles.

Imagine being able to customize a car to your specifications straight from the factory. I'm not talking about picking the color of the interior or exterior, I'm talking about choosing the design of the fender, spoiler, body molding, or even the interior of the vehicle.

This has always been the holy grail of 3D printing: being able to bring customization to the masses in products we see every day. Ford's (F 3.89%) new partnership with Stratasys (SSYS 2.13%) is taking a step toward making that vision a reality. And this could be just the beginning for 3D printing in high-profile manufacturing. 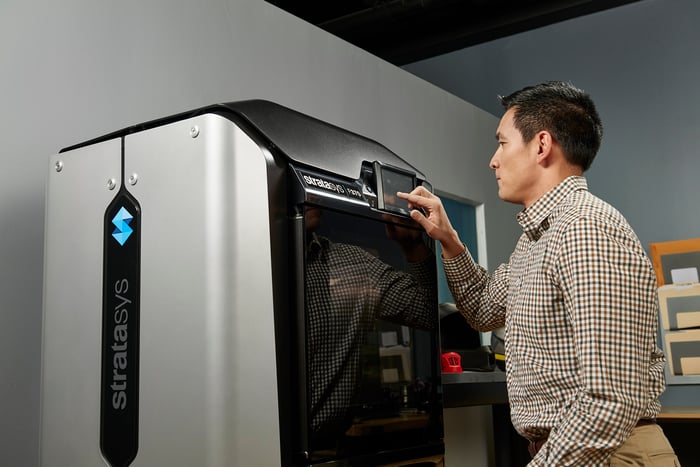 Ford announced Monday that it's "exploring how large one-piece auto parts, like car spoilers, could be printed for prototyping and future production vehicles." It is using the Stratasys Infinite Build system to build large parts for prototyping, short-run manufacturing, and personalization of car parts.

Ford will set up the Stratasys system in its Research and Innovation Center in Dearborn, Michigan, and will explore how it fits into its business. Customized parts are part of the plan, but equally important will be the ability for engineers and designers to generate a computer design of a large part and physically produce it in a matter of hours or days rather than waiting weeks or months.

Stratasys and 3D Systems (DDD 0.48%) have been on the leading edge of 3D printing and are improving quality to such a level that companies like Ford and Airbus are further exploring ways the technology could be used to manufacture products more quickly.

How this could upend manufacturing

The big obstacle to customization has always been the up-front tooling cost. Building a mold for a spoiler or fender was expensive and the cost had to be spread over the size of the production run. A production run of a few parts meant each part would be very expensive, while a production run of thousands, or millions, of parts could make for a very cost-effective part, but no ability to customize. That is why high-volume vehicles are much cheaper than low-volume ones. 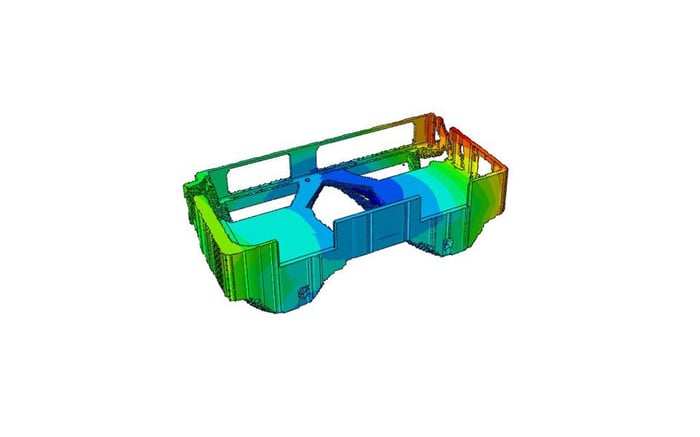 Model of a stress test on a 3D-printed part. Image source: Stratasys.

3D printing won't close the cost gap for low-volume parts entirely, but it will narrow it for custom parts, and especially for their prototypes. According to Ford, the savings on producing a prototype are "an order of magnitude," meaning large 3D-printed prototype parts could be less than 10% the cost of their molded rivals. Instead of a part having to justify the cost of building a mold, it can be justified by the material cost and the cost of the 3D printer's time.

In the future, this could even change the way we look at replacement parts for older vehicles. It's expensive to make and store replacement parts for such vehicles, and if you've ever searched for parts for an old vehicle you know it can be like finding a needle in a haystack. But with 3D printing, a part could be held in the electronic archives and printed on demand. This would, theoretically, make replacement parts more readily available and cheaper.

The future of manufacturing is coming quickly

The improvements that 3D printing companies like Stratasys and 3D Systems have made in the last few years are starting to lead to manufacturers believing in their ability to make a real impact on their business. And with plastic and metal 3D printing materials improving, and costs coming down, the future looks bright for 3D printing in manufacturing. If Ford's move is any indication, we could even see large custom parts for automobiles become a common sight soon.