Please ensure Javascript is enabled for purposes of website accessibility
Log In Help Join The Motley Fool
Free Article Join Over 1 Million Premium Members And Get More In-Depth Stock Guidance and Research
By Brian Stoffel - Updated Mar 7, 2017 at 9:30AM

For a number of years, Casey's General Stores (CASY 1.32%) investors were rewarded by the small-town convenience chain's decision to become a major vendor of pizza and other prepared foods. But with that success has come increased competition. Combined with somewhat stagnant economies in the areas that Casey's operates -- namely, towns of less than 5,000 people in middle America -- the company has had trouble meeting its own expectations. That trend continued on Monday night when Casey's announced earnings for the third quarter of its fiscal year. 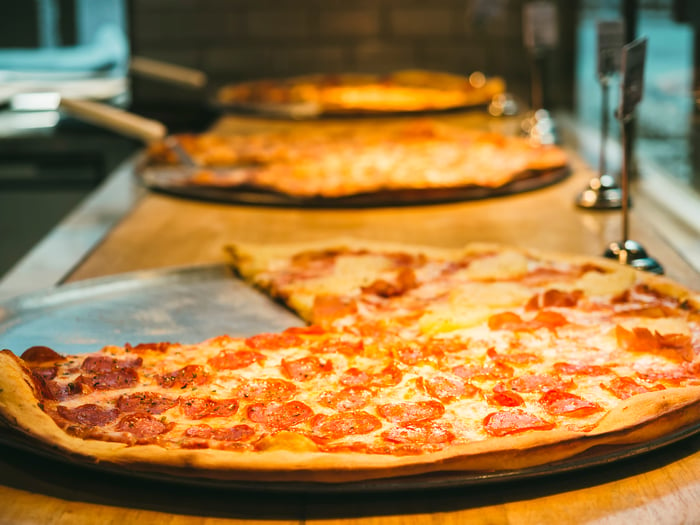 It's not worth paying too much attention to revenue, as the company has little control over the price of gas -- its main line of sales. The main profit levers are the company's focus on groceries and prepared foods. I'll break down those numbers later, but here are how the company's headline numbers panned out:

The real drag was the fact that operating expenses rose by 12.6% while gross profit jumped only 4.9%. That mismatch meant a significant contraction of margins. Gross profit margins were almost cut in half, from 2.43% last year to 1.29% for the quarter ending Jan. 31, 2017.

CEO Terry Handley said this was "primarily driven by an increase in wages due to operating more stores this year compared to the same period one year ago, the continued rollout of the various growth programs, and wage rate increases."

Casey's is much more than just a gas station. It not only sells essential groceries and cigarettes, but has transformed itself into one of the biggest pizza makers in the country. Here's how each of the company's three segments performed during the quarter against the stated annual goals laid out nine months ago.

This is where investors are likely to be truly disappointed. While fuel sales have consistently come in at or above management's expectations, grocery and prepared foods have not. And these are the two high-margin categories that shareholders count on to provide the lion's share of profit growth.

Handley pointed out in the company's press release that if you factor out the role of cigarettes, same-store sales accelerated from the previous quarter. He also highlighted the fact that same-store sales in prepared foods (mainly pizza) accelerated, too.

While that's heartening, it glosses over the fact that these figures are still coming in at roughly half of what management said to expect in the current year. Handley admitted that "pressures in our operating area persisted throughout the quarter."

But while that reasoning may have bought management some time and sympathy in previous quarters, it may be a more difficult task this time around. That's because other pizza vendors like Domino's (NYSE: DPZ) had blowout quarters, showing same-store sales growth of 12.2%. While these two don't necessarily serve the same customers, there is overlap.

It also appears as if Casey's will come up woefully short in terms of its expansion plans for the fiscal year -- which is already nine months old. Consider the following goals set forth by management, and where things stand now.

To be fair, the number of stores the company hoped to build or acquire ranged from 77 to 116 for the fiscal year, and I just put the mid-point of that. Even so, there's going to have to be a lot of building happening for Casey's to reach its goal.