Here's a closer look at Telkom Indonesia's fourth quarter, followed by a discussion of the full fiscal year.

The company is not fond of breaking down its reports into quarterly details. Press materials, financial filings, and management's conference call with analysts all focused on figures and trends seen across the whole fiscal year 2016.

As usual, Telkom Indonesia's management painted its forecast for the next full year in broad strokes: 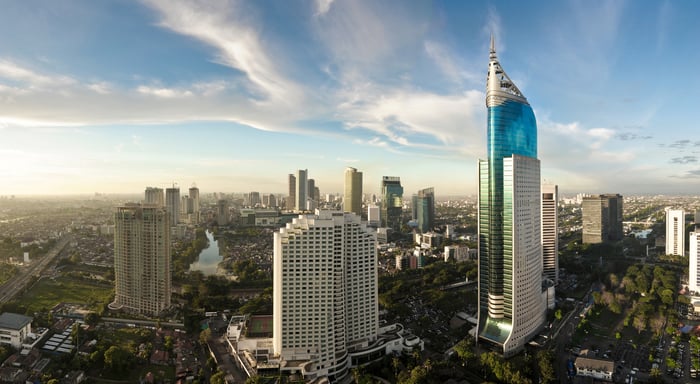 Telkom Indonesia CEO Alex Sinaga called this "a remarkable set of results." In particular, the company hit a rare triple of double-digit growth in annual sales, EBITDA, and net income. The last time Telkom Indonesia hit this trifecta was in 2007.

The next few years will be capital-intensive as Telkom Indonesia continues to make large investments into its infrastructure. The company is laying broadband fiber connections to California and France, opening a large data center in Singapore, and launching a high-capacity communications satellite to provide broadband services and high-definition TV signals across Indonesia. One satellite was launched in February, and an even larger one will follow in 2018.

This is an ambitious company, serving the world's fourth-largest market while also thinking hard about international expansion.