NVIDIA's making big bets on artificial intelligence, driverless cars, and gaming -- here are three other companies that are doing the same.

Investors kind of have crush on NVIDIA Corporation (NVDA 5.55%). The company has posted quarter after quarter of strong sales, grown gaming GPU market share, introduced new driverless car technologies, and expanded its artificial intelligence (AI) opportunities -- all of which have led investors to swoon to the stock, pushing it up over 200% over the past 12 months.

If you're bullish on NVIDIA's prospects in gaming, AI, and driverless cars, then perhaps you should give Amazon (AMZN 3.58%), Tesla (TSLA 4.53%), and Sony (SONY 2.26%) a good look as well. These companies aren't making the exact same moves as NVIDIA, but each is poised to dominate one of these segments in their own way. 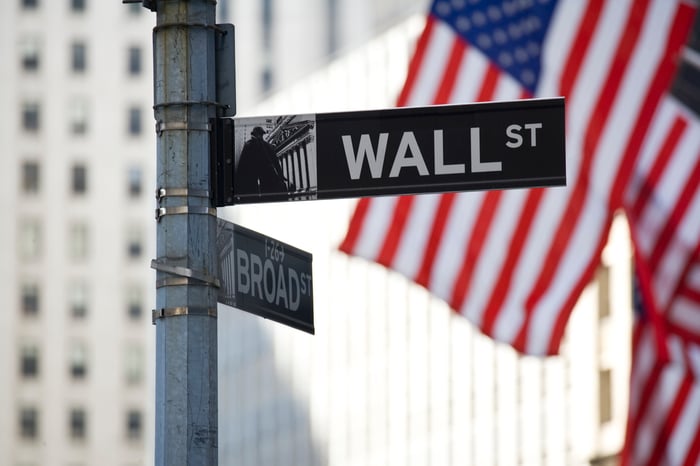 NVIDIA is already taking big steps to make AI a priority through its investments in deep learning technologies like Drive PX 2 (for cars) and servers (DGX-1). But it's not the only one who will benefit from the tech sector's focus on AI. Just look at the size of the artificial intelligence market over the next few years (hint: there's plenty of room for lots of winners). 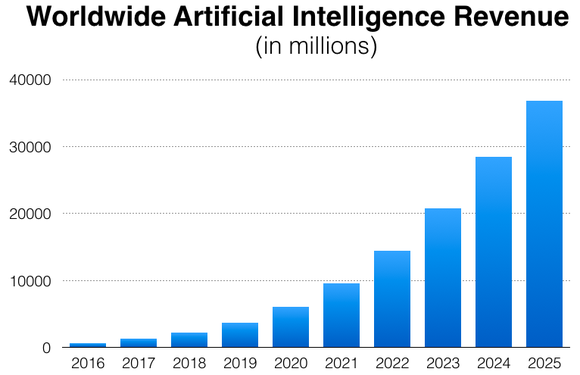 And this is where Amazon comes in. The company has a dedicated AI team that's already up to the "thousands," according to Amazon, and an AI focus that hits both the consumer and enterprise markets.

Amazon's Echo may seem like just another consumer product, but powering the unit is the company's Alexa virtual assistant. Alexa can answer basic questions, set alarms, check the weather, play music, and order items from Amazon (of course!). However, Alexa has also been opened to developers so that other companies can integrate the AI into their own devices and services, and it has even started a fund to supply capital to companies that are doing so.

Amazon won't get rich off of selling Alexa-powered devices, but the assistant is giving the company a leg up in the home automation space. Amazon is using its AI virtual assistant to grow its own ecosystem, and it's clear from new rumors of upcoming Alexa-powered devices and continual integration of Alexa into other products that the company will continue to use this AI to tie consumers to its business.

The real AI play for Amazon will be through its web hosting services, AWS.  The company released several new AI services to developers at its re:Invent conference a few months ago, including an image-recognition platform and a text-to-speech service. And, most importantly, the company released a program that allows developers to create AI chatbots capable of multilevel conversations, similar to Alexa.

These are all important because as Amazon releases these tools into the wild, it expects to be paid back through developers using those AI systems by hosting them through AWS.

Amazon brought in $3.53 billion with AWS in Q4 2016 -- an increase of 47% year over year -- and with more complex AI systems being built now and into the future, the company will benefit from all of those AI systems needing a robust cloud hosting service.

Don't expect Amazon's AI strategies to be an immediate payoff, but the company is taking big steps now with Alexa and its AI tools for developers to build a strong artificial intelligence foundation for the future.

NVIDIA bulls know that driverless cars will likely play a big role in the company's future, and part of that opportunity stems from the company's recent partnership with electric car maker Tesla. The automaker's self-driving technologies are powered by NVIDIA's Drive PX 2 supercomputer, along with Tesla's own "neural net for vision, sonar, and radar processing."

Tesla's driverless car play is a bit more hands-on than NVIDIA's, but it's no less important. CEO Elon Musk has said that his company will bring a fully autonomous vehicle to market by 2018, and he has also mentioned that Tesla owners will be able to rent out their autonomous vehicles in the near future, when they're not using them.

That's more than just lip service, of course. Tesla already manufactures its latest models with fully autonomous hardware built into every new vehicle, and it's slowly releasing new software updates as it gathers more driving data. All of this hardware -- and the release of new software -- means Tesla is already a few steps ahead of the driverless car competition.

An alternative gaming and VR play

Of course, gaming is one of NVIDIA's biggest opportunities. The company already brings in 62% of its total revenue from its gaming segment, and the growing virtual reality market could help NVIDIA continue its gaming success. By 2020, the VR market will be worth an estimated $70 billion.

Investors looking for an alternative VR play should consider Sony's recent lead in the space. The company released its first VR headset just four months ago, and it recently reported that it has already sold 915,000 units. For comparison's sake, the Oculus Rift has sold an estimated 243,000 units, and the HTC Vive has sold 420,000, according to Superdata Research.

That's notable because Sony's PlayStation VR headset sales are one of the first huge hardware successes for VR, and they are on track to surpass the company's own estimate of selling 1 million headset in the first six months.

Still, hardware VR sales will eventually be eclipsed by VR software sales, and that's why Sony truly has a great opportunity in virtual reality. The company is already working with 230 developers and content creators to build VR games and content for its gaming console, and it already has more than 70 VR games.

Sony has identified virtual reality as one of the keys to building out its important Game and Network Services division, and the initial numbers from its VR headset sales are a good indicator that the company is moving quickly in that direction.

Of course, there's no guarantee the stocks listed above will have the same success NVIDIA's had recently. Nor are Amazon, Tesla, or Sony making the exact same moves that NVIDIA is. But if you're looking to tap into AI, driverless cars, and virtual reality, then you should certainly consider how each one of these companies is poised to dominate their respective markets.