Please ensure Javascript is enabled for purposes of website accessibility
Log In Help Join The Motley Fool
Free Article Join Over 1 Million Premium Members And Get More In-Depth Stock Guidance and Research
By Brian Withers - Mar 9, 2017 at 9:08AM

A mixed quarter of results has investors wondering if Under Armour has lost its mojo.

When Under Armour (UA 1.19%) released fourth-quarter 2016 results, shareholders were surprised at the rare revenue miss and were wondering if there were fundamental problems at the innovative fitness apparel company. During the earnings call Under Armour management highlighted some positive areas of growth and discussed key initiatives to get back on track. The company continues to invest in the growing international and direct-to-consumer businesses, but a weak U.S. wholesale result, a curtailed capital spending environment, and continued supply chain execution problems, are areas that investors should keep an eye on. If Under Armour can execute the plans it laid out in the conference call, investors should not be nervous, but the management team has a lot to live up to.

Here are five important points the company's management discussed during this quarter's call. 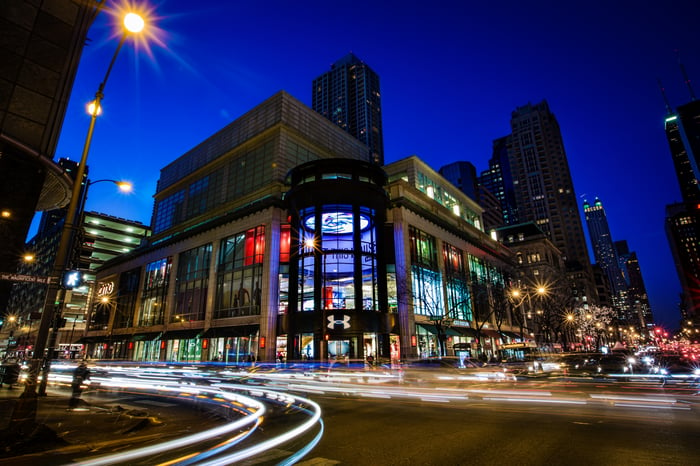 While it's certainly not new news, throughout 2016; bankruptcies, channel dislocation and destocking combined to disrupt the overall North American retail landscape. We're still a very young company internationally, and 85% of our global revenue comes from North America. So a large exposure, but with 63% [international] growth, we have momentum toward greater global balance.
-- Kevin Plank, CEO Under Armour

The North American segment is a significant portion of Under Armour's overall revenue, so the fourth quarter softness in the U.S. wholesale business negatively impacted the company's overall results, despite great growth internationally.

2. Investing to be a $10 billion company, but being smart about it

The investments we've made and continue to make in talent, architecture and systems from SAP's enterprise resource planning platform, Connected Fitness and our merchandising capabilities. Two, our move toward category management in 2016; the addition of DCs, or what we call at Under Armour distribution houses, and supporting the incredible growth of our international business. These are the investments, the backbone of a $5 billion company building a $10 billion infrastructure.
-- Kevin Plank, CEO Under Armour

Even though the company had a tough quarter, they are continuing to invest in growth to the tune of $400 million in 2017. As stated in the last quarter's earnings conference call, these investments are critical to provide the infrastructure for the company to reach its stated goal of $7.5 billion in revenue by 2018. While the $7.5 billion revenue target was not discussed on the call, the infrastructure to support a $10 billion business was mentioned several times. The $400 million in capital expenditure is less than the $405 million spent in 2016, and a "significant" reduction to what was laid out in the company's investor day presentation from 2015. Furthermore, David Bergman, the incoming Chief Financial Officer (CFO), indicated that he didn't see the capital spend "massively increasing" in the next several years. This will require Under Armour to challenge every dollar of capital and prioritize the initiatives that will be the biggest pay-off for long term growth, which is good fiscal discipline.

3. Direct-to-consumer business is strong and growing

Our direct-to-consumer revenues grew 23% to $518 million, representing approximately 40% of total revenues for the quarter. We finished the quarter with 241 owned stores globally, consisting of 188 Factory House and 53 Brand House locations... Our direct-to-consumer channel last year... was up 27% for the full year. So we're still seeing great momentum there, and DTC represented close to 40% of our total business in the fourth quarter as well.
-- Kevin Plank, CEO Under Armour

Under Armour's revenue from its direct-to-consumer is made up of sales from its company brand house and factory house stores, and sales through its websites. Under Armour has company owned stores in the U.S., Brazil, Canada, Chile, and Mexico. Similar to the Skechers company store model, Under Armour uses its brand stores in marquee locations to highlight the breadth of the product lines, and factory stores are used to move excess, discontinued and out of season inventory. These stores are a significant investment for Under Armour and they represent almost 62% of the company's employee base. While Under Armour doesn't break out the revenue details of this channel the growth has been tremendous at 31% CAGR in the last five years. Because this channel is important to Under Armour's future growth, Kevin Plank indicated that the company was "doubling down" on its investments in this area.

4. Cautious about investing in retail stores

We're challenging every CapEx dollar spent to make sure it really aligns with our longer term strategy. So as we look through that, there's some areas that we're going to be a little bit smarter about. North America Brand House builds in 2017 – we're not going to do as many as we've done in 2016. We're going to be a little careful in that retail environment.
-- Dave Bergman, Incoming Chief Financial Officer Under Armour

It seems while Kevin Plank wants to "double down" on direct-to-consumer, his newly appointed Chief Financial Officer wants to be focused on how capital is allocated. Under Armour has grown its brand store footprint from five in 2014, 10 in 2015 to 18 in 2016. In July 2016, Under Armour locked in 53,000 square feet of premiere space on New York's 5th avenue in the old FAO Schwarz toy store location. This is certainly a marquee location to show off the Under Armour brand with potential for great brand visibility with tourist traffic, but at a hefty cost. With the continued growth of e-commerce, the company would be better served improving the overall customer experience with the company's webstore, and that may be what they are doing.

5. Delivering what our customers want

We're working to evolve our selling strategy to better align with what consumers want, with what consumers need. Tacking our 2017 assortments to ensure that our largest volume drivers are in better balance with fresh, new product on the floor at key points in each season. This is our merchandising functions' key priority for the year. This means amplifying our agenda for newness and innovation at every price point as our partners expect Under Armour to be the premium brand of choice in their stores.
-- Kevin Plank, CEO Under Armour

Management explained that the miss in North American revenue was driven by slower traffic causing more promotional activities to happen than expected, combined with not having the highest demand product on the shelves. The focus to have your freshest product on the shelves at the key selling days of the season is a great plan, but not easy to execute from a supply chain perspective.

As Under Armour continues to expand its product lines, the complexity of more SKUs (stock keeping unit) sold, in more places, puts a strain on the entire supply chain. While Kevin Plank indicates this is the merchandising function's key priority for the upcoming year, Under Armour has struggled with inventory issues in the past and maybe the company's current systems aren't up to the task. Under Armour indicates that an upgraded enterprise resource planning platform to provide a single view of the customer and improved supply chain visibility is expected later this year. There's lots of work to do here and investors should take a "show me" mindset to see if Under Armour can make good on its plans in this difficult retail environment.

Kevin Plank and the management team have a lot of balls in the air. It will be important for them to focus on executing the plans laid out in the call. While Under Armour seems to be in a tough situation, the company culture is all about being the humble and hungry underdog. In the career section of the Under Armour website  it talks about this aspect of the culture: "We're the underdog whose successes and failures rest fully on our own shoulders and are not separated by organizational charts or office locations. Nothing's done until it's DONE, DONE, DONE. And always, always, always Be Humble & Stay Hungry.." In the coming quarters, investors should watch if the Under Armour team can live up to their own high standards.