Please ensure Javascript is enabled for purposes of website accessibility
Log In Help Join The Motley Fool
Free Article Join Over 1 Million Premium Members And Get More In-Depth Stock Guidance and Research
By Travis Hoium - Mar 10, 2017 at 10:00AM

Virtual reality is coming. Is GoPro going to be a player in this booming market or not?

GoPro, Inc. (GPRO -1.49%) is at a crossroads in its history as a company. Fifteen years of developing and improving digital action cameras have gotten GoPro to where it is today, but now it needs to reinvent itself to stay relevant and be a winner for investors.

Part of the plan for doing that in 2016 was the Karma drone, which ended up being harder to make than GoPro anticipated. But the idea for Karma is the same as it will be with any new product the company introduces: Leverage its foundation of GoPro Hero camera users to push into new markets and continually improve the digital imaging experience for consumers. And with nearly 4 million cameras shipped in 2016, there's a big foundation to build on. Is this a vision of GoPro's next big product? Image source: GoPro.

Beyond Hero cameras and drones, I think there's an even bigger market GoPro could grow into in 2017: virtual reality. The company has had the Omni rig for a while, but with a $5,000 price tag, it's out of reach of most consumers. But it might not be for long.

Digging through the company's blog posts, we can see what the company has been working on. The two-lens with HEROCast VR that was mounted on a motorcycle last summer seems like a model for the future, given its similarity to new products from Samsung and Eastman Kodak. The Kodak Orbit360 4K is a model GoPro will have to at least match in capability to get any real traction in the market, and it's built to easily upload content to Facebook (META 7.19%) and to YouTube 360.

While the market for traditional digital action cameras may have topped out, the VR camera market is just finding its feet. And while consumers and tech companies know VR is coming, no one has made it so easy that millions of customers are running out to buy a VR camera. At least not yet.

If GoPro can introduce a compelling, easy-to-use VR camera in 2017, it could bring an immense amount of excitement to the company's products this year. And it's one of the few areas where GoPro can take a market lead, building on its success in action cameras. 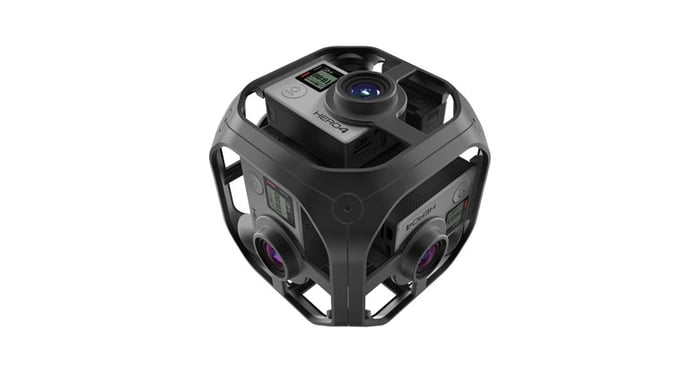 Another related advance I think GoPro needs to make in 2017 is going live. It's developed HEROCast for live broadcast television, and the two-lens camera I mentioned above was built for live broadcasting. But now it needs to take those capabilities from advanced users to the average consumer. Facebook and Twitter's Periscope are perfect places to live-stream an adventure, whether it's skydiving, zip-lining, driving around a racetrack, or even streaming a kid's soccer game -- and those are things you may not want to stream while putting your smartphone at risk.

We know GoPro has the capability to do this, too. The GoPro Passenger app that works with Karma allows a smartphone to see what a drone sees from the sky. That's a nod to what GoPro could do with live-streaming in the future.

New products will be key for GoPro

If GoPro is just going to be a digital camera company with the Hero line of products, it will die a slow death. But if it can use the Hero cameras as a base on which to build out new product lines like Karma, and VR offerings, we could see the company grow in size and profitability. That's what it needs to do in 2017 to show that it's not going to slide into obscurity with a product that slowly becomes obsolete.

What may be encouraging is that GoPro has been working on some of these product capabilities for years, particularly in the VR space. Now, it's time to introduce them to the world, and watch consumers get excited about the GoPro experience once again.