Does more trouble lie ahead, or is it time to buy? Read on to find out.

The Mediterranean-inspired restaurant chain's stock took a nasty dive after reporting its fourth-quarter results on Feb. 23. 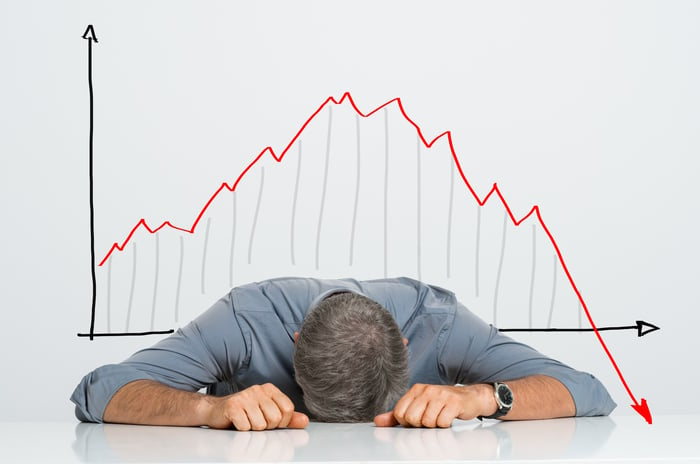 While Zoe's continues to aggressively expand its store base, its comparable store sales growth has decelerated over the past year, from 8.1% in Q1 2016 to only 0.7% in the fourth quarter.

Zoe's also reported an adjusted net loss of $0.07 per share during the quarter and a 19% drop in adjusted EBITDA (earnings before interest, taxes, depreciation, and amortization), as higher labor and store operating costs dented margins.

Zoe's shares have fallen another 6% so far in March, but with the stock now down 60% from its 52-week highs in April 2016, the selling appears overdone.

Although Zoe's comp growth has meaningfully decelerated, the company has still managed positive growth at a time when many restaurant chains are struggling with declining traffic.

Moreover, the company already has several initiatives under way to boost comps in the quarters ahead, such as online ordering for catering, improvements to its mobile app, and an expanded rollout of delivery across its store base.

Most importantly, with only 207 stores as of Feb. 23 -- and a market cap of only $324 million -- Zoe's remains very early in its growth cycle. Management intends to double Zoe's restaurant count over the next four years and remains confident in its ability to ultimately operate more than 1,600 stores in the U.S. As such, patient, long-term minded investors may view the current decline in Zoe's Kitchen's stock price as an opportunity to buy into this small-cap growth story at a sizable discount.