Please ensure Javascript is enabled for purposes of website accessibility
Log In Help Join The Motley Fool
Free Article Join Over 1 Million Premium Members And Get More In-Depth Stock Guidance and Research
By Leo Sun - Mar 16, 2017 at 10:00AM

Did you know these five things about this little chipmaker?

Ambarella (AMBA -3.31%) is primarily known for supplying image processing SoCs (system on chips) for GoPro's (GPRO 0.54%) action cameras. As a result, Ambarella's stock often rose and fell with GoPro's in the past.

But over the past few quarters, Ambarella reduced its dependence on GoPro while increasing its presence in adjacent markets. That's why Ambarella's stock rallied more than 40% over the past 12 months, while GoPro's stock plunged over 40%.

I've discussed Ambarella's core business many times in the past, but today I'll highlight five lesser-known facts about this little chipmaker.

Ambarella founder and CEO Fermi Wang was already a successful entrepreneur when he founded the company in 2004. Wang, who holds electrical engineering degrees from National Taiwan University and Columbia University, was previously the co-founder and CEO of Afara Websystems, which developed next-gen SPARC-based processor technologies for servers.

Sun Microsystems acquired Afara in 2002 for an undisclosed sum, making Afara's multi-core, multi-thread CPU a core component of its UltraSPARC roadmap. Oracle (NYSE: ORCL) subsequently inherited that technology after it acquired Sun in 2010.

2. It's loved by its industry peers and employees

Fermi Wang also notably has a 100% rating on job review site Glassdoor, which is extremely rare in the semiconductor industry. Intel's Brian Krzanich has a 60% rating, while Qualcomm's Steve Mollenkopf has a 67% rating.

3. It serves the top drone maker in the world

DJI Innovations, the biggest drone maker in the world, uses Ambarella SoCs in most of its drones. Ambarella doesn't disclose how much revenue DJI contributes to its top line, but Wang stated in mid-2015 that SoCs for drones generated 10% of its total revenues. 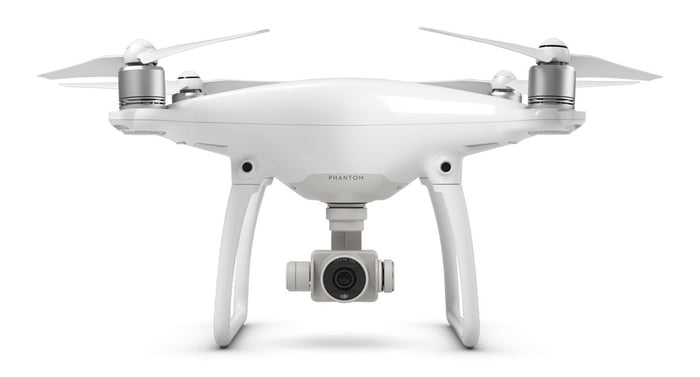 Last quarter, Wang noted that drone revenues had fallen both sequentially and year-over-year due to product launch timings, and would remain "pretty volatile." But if demand for 4K drones rises over the next few years, that business will likely become a major pillar of growth.

4. It serves the biggest security camera maker, too

Another one of Ambarella's major customers is Hikvision, a Chinese company which is the top security camera maker in the world. Last quarter, Hikvision started using Ambarella's new S3Lm IP camera SoCs in its latest H.265 cameras.

During last quarter's conference call, Wang noted that Ambarella didn't get its mainstream HEVC (high efficiency video codec) camera SoCs into production with Hikvision and its rival Dahua last year, but that the SoCs would enter the market this year. Wang claims that move would help Ambarella "get some market share and also grow our revenue."

When Ambarella talks about its core "wearable cameras" business, it's generally talking about action cameras. However, that category is now expanding beyond GoPros with customers like Taser (AXON 0.06%) and Snap (SNAP 0.30%).

Taser's Axon Body 2 cameras, which are primarily used by police officers, are powered by an Ambarella HD SoC. Demand for these cameras has been surging -- especially in the U.S. market -- due to a streak of controversial police shootings. 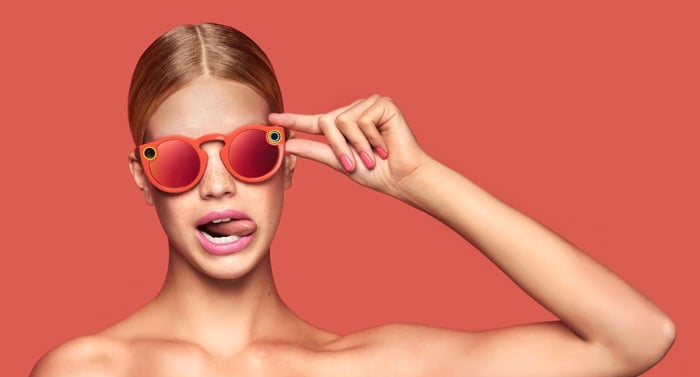 Snap's Spectacles, which caught the public eye last year with their flashy, ephemeral vending machines, are powered by Ambarella's A12W SoC. That low-power chipset is frequently used in body cams, while other variants have been installed in dash cams and drones.

Ambarella's future growth still relies on GoPro, but that dependence is clearly waning. Rival action cameras which use Ambarella's SoCs could hurt GoPro, but help Ambarella. New design wins for drones, security cameras, body cams, and dash cams will all help Ambarella diversify its top line away from GoPro -- making it a more reliable long-term play for conservative investors.