Titan International Inc's (NYSE:TWI) shares have made a strong recovery over the past year as it appeared demand had bottomed out and heavy-equipment operators were ready to start buying big tires again. The fourth quarter showed some small signs of recovery, but even a business bouncing back from a low can see uneven results.

Wednesday's earnings release gives investors lots of information to think about, so let's dive into what the numbers -- and management -- had to say. 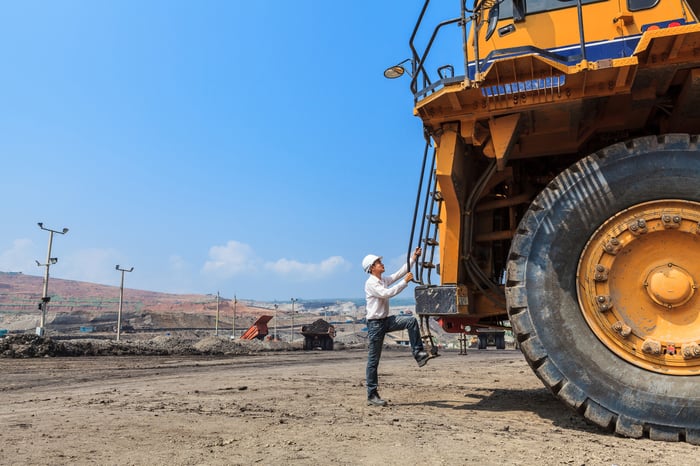 Revenue was down versus a year ago, but it increased slightly from $306.2 million in the third quarter, which management pointed to as a small sign of recovery. Beneath the headline numbers is a better picture of where the company is headed:

Titan International's new management team is completing its assessment of assets that could have been sold, and they appear to be keeping ITM, the oil sands business, and the Brownsville, Texas, facility rather than selling off the assets. Long term, investors should look for that to help drive revenue and earnings higher if these assets perform as expected, but management is forgoing as much as the $250 million it thought the assets were worth, which could have paid down debt.

From a market standpoint, management is standing by the idea that the core tire market has hit bottom and 2017 will see increased demand for tires. LSW tires will be particularly interesting to watch because management thinks it has made the case to farmers that the tires will increase productivity in the field, which should lead to growth this coming season.

The recovery in demand is still what investors should be watching for, because it's what drove shares higher over the past year. While management is bullish on the future, a recovery in revenue has been slow to come, and the company is still losing money. With that said, costs appear to be under control, and gross margins are improving, so Titan International is taking positive steps. Now it just needs end market demand to return to bring the bottom line back into the black.