"I don't think we've gone crazy," Berkshire Hathaway (NYSE:BRK.A) (NYSE:BRK.B) Vice Chairman Charlie Munger recently said at this year's Daily Journal meeting, according to a  Reuters report. What was he referring to? Berkshire Hathaway buying shares of both airlines and a tech company, Apple (NASDAQ:AAPL), two types of businesses Buffett said in earlier times he would never buy.

Besides IBM, Apple is Berkshire Hathaway's only "tech" stock. Yet with tech infiltrating virtually every part of people's lives, it was somewhat inevitable that Buffett and Berkshire would go against what he'd previously said and buy more technologically focused companies.

In a multi-decade investing career, one needs to change with the times and Buffett has given us many examples of that.

Buffett had been a vocal critic of investing in airlines, but recently revealed that last summer he invested in several. He also once said his favorite companies didn't require much capital, then bought a capital-intensive utility and a railroad. Going even further back, Buffett originally hitched his wagon to the Ben Graham "cigar butt" style of value investing -- until Charlie Munger helped steer him to "high-quality" companies with "moats."

The moat philosophy is what has been consistent throughout all of Buffett's investments in the Berkshire era. What he and Munger aim to avoid most is obsolescence. When Buffett buys a stock, as he has famously said, his favorite holding period is "forever." "If you aren't willing to own a stock for ten years, " he wrote in his 1996 shareholder letter, "don't even think about owning it for ten minutes."

This is why Buffett previously shunned tech stocks. While he has never disparaged technology for its benefits to society, tech investing is often difficult, as (a) the product details can be difficult for non-tech-savvy people to understand; (b) technology moves fast, which means that once-powerful companies could be disrupted very quickly; and (c) over time, technology improves, but becomes cheaper to make, leading to deflationary pressures in average selling prices and commoditization, which eats away at excess returns. Patents can provide only minimal protection, as technology "leapfrogs" older designs, and enforcement is difficult (and expensive). Indeed, candy, soda, and car insurance are so much simpler.

This is why so many people were confused by Buffett's purchase of 123 million shares of Apple as of February. Has old uncle Warren gone crazy? I'd argue no.

First, I would say the era of smartphones has been a subtle sociological regime shift, and the smartphone era is only 10 years old. These pocket-size supercomputers are so integral to people's lives that they really are a different category from the flip phones of yesteryear, or an enterprise switch, or a cable box, or a stereo, or a piece of fiber-optic cable. It is an object that people carry with them 24/7, that contains so much of their data, photos, video, email – basically one's entire life -- that it seems impossible to live without.  Still, conceding that smartphones are not merely a "tech" product, what is Apple's moat? 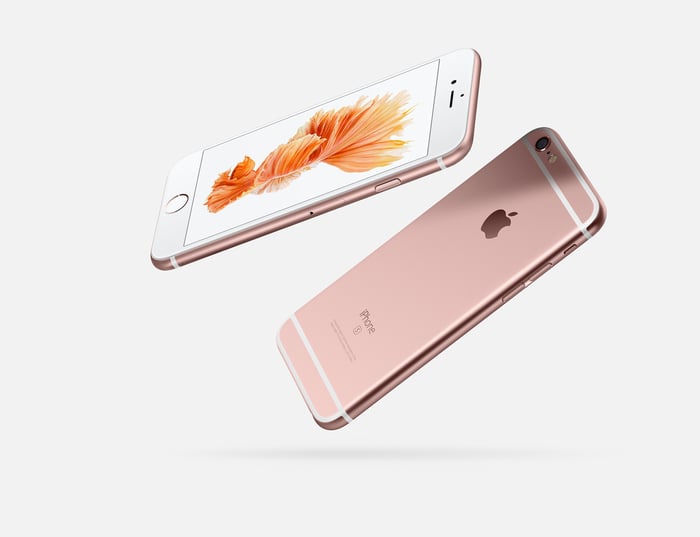 Buffett scholar and former Morningstar analyst Pat Dorsey discusses four elements that can form a business moat in his book The Little Book That Builds Wealth. I would argue that Apple has not one, but two of these moat-like elements working simultaneously. These are the power of brand and switching costs.

While many people associate brand power with how well-known a brand is, a brand moat advantage is only present, Dorsey writes, if it changes the consumer's behavior in certain ways. The two ways it does this are by allowing the brand to sell a virtually identical product at a premium price and/or reducing buyers' search costs.

An example of search costs would be, for instance, a price-conscious consumer going to Amazon.com and buying something without even looking at other websites based on the company's reputation for low prices.

Apple has cultivated both of these advantages over three decades. Apple, under Steve Jobs' leadership, tailored its technology to make it both attractive and intuitive for the "everyman" to use. While so many companies would advertise on the basis of features and tech, Apple reinforced its differentiated, customer-centric approach through its "Think Different" campaign in the late '90s, and turned its gadgets into objects of adoration with a rebellious, cool image. As our lives increasingly moved to the digital world, Apple retained and reinforced its consistent brand image, while other companies scrambled from one tech regime to the next, without a coherent brand message.

This is why people continue to pay a price premium for Apple's products today, even if the phone has features similar to the cheaper Samsung Galaxy. While Apple has only a 12.5% share of the worldwide smartphone market, according to International Data Corporation, as of the third quarter of 2016, it commands an estimated 91% of worldwide smartphone profits. On the latest conference call, CEO Tim Cook explained that Apple had the absolute highest number of switchers from other brands into the Apple ecosystem of any quarter ever. People buy its products without doing a lot of research. It's lowered buyers' search costs.

A second moat factor Dorsey discusses, which applies specifically to the iPhone, is switching costs, which are how expensive or complicated it is to switch to a different product. When Buffett and Ted Weschler, one of his investment managers, have discussed Apple in recent interviews, this is the point that comes up most frequently. 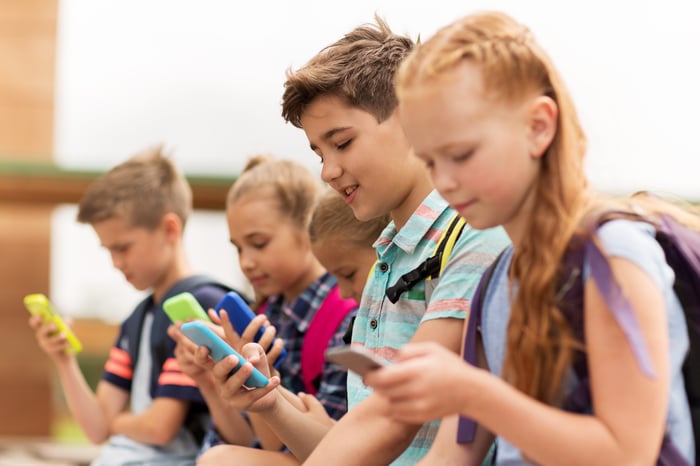 Switching costs make products "sticky," and are usually pertinent to enterprise software, such as a database, or mainframe. Companies run so many crucial functions on these products that having to switch vendors could lead to a disastrous business disruption or loss of data and would result in a need to retrain workers. This is what enables enterprise software and hardware vendors to raise their prices every year and generate fat profit margins.

In a rare interview in Germany's Manager Magazin, Weschler discussed how Apple's products are able to create stickiness. Value Walk ran a press release from the publication that included quotes from Weschler:

"As network speed has gotten faster and faster, and with it the information that people can absorb on the network, things like photo applications, and apps, they create a stickier ecosystem." Statistics showed that there was a high likelihood iPhone or iPad buyers would also purchase their next device from Apple, he added: "Once you are fully invested in the App ecosystem and you have got your thousands of photographs up in the cloud and you are used to the keystrokes and functionality and where everything is, you become a sticky consumer."

In February, Buffett himself said in a CNBC interview:

What I do know is when I take a dozen kids, as I do on Sundays out to Dairy Queen, they're all holding their Apple, they barely can talk to me except if I'm ordering ice cream or something like that. And then I ask 'em how they live their lives. And the stickiness really is something. I mean, they do build their lives around it, just like you were describing. And the interesting thing is, when they come in to ... when they come in to get a new one, they're gonna get they overwhelmingly get the same product. I mean, they got their photos on it and, I mean, yeah, I know you can ... you can make some shifts and all that. But they love it.

Apple is building its moat on aspirational products that are easy to use, which lures in people looking to "trade up" and attracts young people, and an ecosystem that gets stickier as more of our lives move onto smartphones.

Given that Apple has these two powerful moat factors working in concert, it's easier to see why Buffett took a big bite.