In case you haven't heard, NVIDIA Corporation (NASDAQ:NVDA), the leader in the graphics processing unit (GPU) chip industry, has been experiencing staggering growth, with impressive increases across a variety of metrics. The company became the stock market darling of 2016 as its stock price tripled, and investors must be wondering whether its performance can continue. NVIDIA thinks it can. The reason? The artificial intelligence (AI) market. 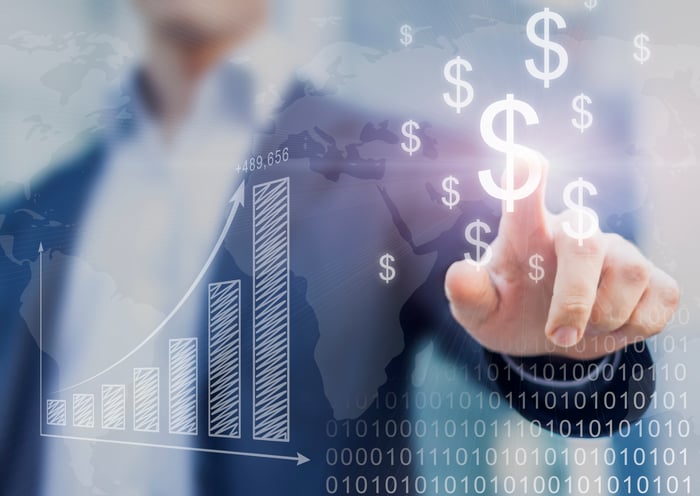 The games we play

To give investors some background, for years the company's bread and butter has been the discrete desktop GPU market, where it commands a 70% market share. That market is still exhibiting phenomenal growth, with the company's gaming revenue up 66% year over year to $1.3 billion in its most recent quarter. When asked whether the opportunity in gaming is set to continue, the company's president and CEO Jen-Hsun Huang stated:

We typically assume that we have an installed base of a couple of hundred million GeForce gamers. And we've upgraded about...two operating quarters out of four years. It takes about three to four years to upgrade the entire installed base...our data would suggest that the upgrade cycle is going well, and we have plenty to go. 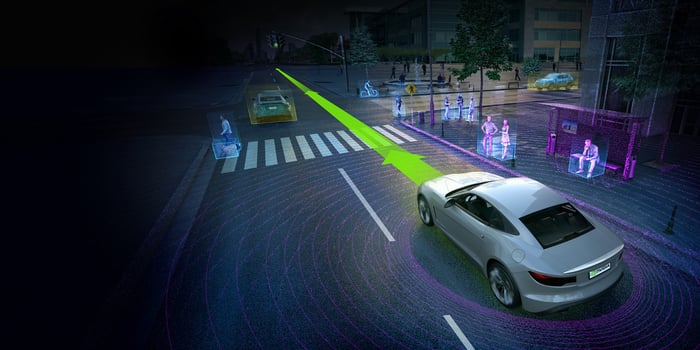 But that's not what gets Huang really excited. He gets most animated when discussing deep learning, a discipline of AI, which was mentioned 34 times in NVIDIA's recent conference call. There have been plenty of headlines touting AI as the next big thing. All the biggest tech companies have been embracing the technology en masse, which has led to advances in natural language processing, voice recognition, and the development of voice-activated digital assistants -- and NVIDIA thinks the best is yet to come. This is what Colette Kress, NVIDIA's CFO had to say on the topic:

The first adopters were hyperscale companies like Microsoft, Facebook, and Google, which use deep learning to provide billions to customers with AI services that utilizes image recognition and voice processing. The next area of growth will occur as enterprise in such fields as healthcare, retail, transportation and finance embrace deep learning on GPUs.

Also within the scope of AI are self-driving cars. NVIDIA developed its Drive PX 2 platform, which "is an end-to-end AI computing system that uses groundbreaking approaches in deep learning to perceive and understand the car's surroundings." More than 80 companies are using the Drive PX 2 platform in the pursuit of self-driving car technology, which is still in its early stages. The potential for NVIDIA to realize robust future revenue streams grows with each new entrant. In an interview on website VentureBeat.com, when asked about the pace of the self-driving car phenomenon, Huang stated:

Autopilot is going to improve dramatically in the next year. I'm looking forward to real big advances in autopilot capability. I'm also expecting companies all over the world starting to deploy mapping and experimental cars for taxi services. You'll see a lot more activity around that. You'll also see a lot of trucks that will become more autonomous on highways. We'll see big progress in the coming year or two, no later than that.

Autonomous driving is enabled by AI, but NVIDIA sees advances in both as potentially multibillion-dollar growth drivers. It also believes that we are still in the earliest stages of each. The company is agnostic as to who uses its GPUs to achieve growth in these areas. While other companies are making big headway in AI, NVIDIA is supplying the computing power necessary to get the job done.