TransCanada (NYSE:TRP) has now grown its dividend for 17 straight years. Even better, the company has accelerated the rate of growth in recent years and plans to continue growing its payout at that accelerated rate through 2020. While the company's guidance doesn't currently extend past that year, its backlog of growth projects certainly does. Furthermore, thanks to some recent news, it's becoming increasingly likely that the company will move forward on two big projects and continue growing the payout well into next decade.

Drilling down into the backlog

TransCanada currently has 23 billion Canadian dollars of commercially secured near-term projects in its backlog. Most are natural gas pipeline projects, including CA$5.7 billion in its home country of Canada, $7.1 billion in the U.S., and $2.5 billion in Mexico. The company also has several billion dollars of liquids pipelines and power projects in development. 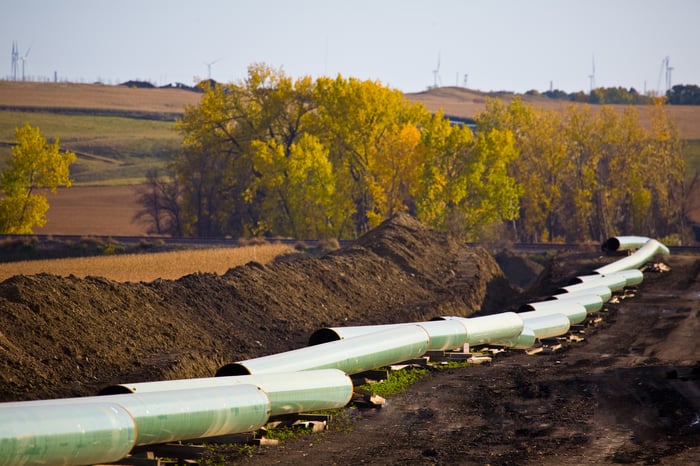 These are very high-return projects, which should fuel 8% to 10% compound annual dividend growth through 2020, with the growing likelihood that future increases will come in toward the high end of that range. That's quite an acceleration from the 5% compound annual growth rate the company had delivered from 2010 through 2015, which was the year it put its accelerated growth plan into motion.

In addition to those near-term projects, the company has CA$45 billion of longer-term projects farther down the line, including four transformational projects. While there is some uncertainty surrounding these projects, TransCanada recently received some good news on two of them, which is taking the company a little bit closer to moving forward on those projects in the future. 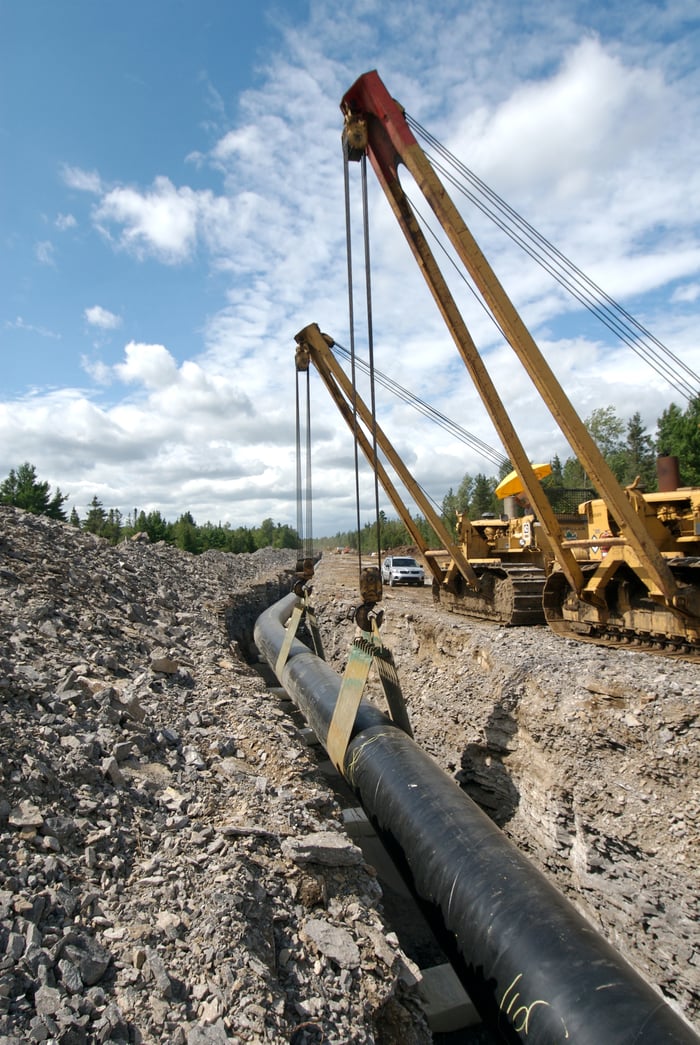 The most recent piece of good news came this week when TransCanada announced that it was seeking approval to build the North Montney Mainline Project in northeast British Columbia. The company has already secured new 20-year commercial contracts with 11 shippers for 1.5 billion cubic feet per day of capacity. With those contracts in hand, the company is one step closer to moving forward with the construction of this CA$1.4 billion project, which could start as early as next year, and enter service in phases over a two-year period beginning in early 2019.

That said, what's noteworthy about this project is that it comes with a catch. One of the conditions to proceed with the project is a positive final investment decision on the Pacific Northwest LNG Project. That CA$36 billion project won approval from the Canadian government late last year, though its developer, Malaysian liquefied natural gas (LNG) giant Petronas, has yet to give it the green light. However, the fact that TransCanada is seeking approval for the North Montney Mainline Project suggests that Petronas might be getting closer to making a positive decision.

That favorable decision would then likely trigger the go-ahead of an even larger project for TransCanada: Prince Rupert Gas Transmission. That proposed CA$5 billion project would move gas from the North Montney Mainline Project to the coast of British Colombia in support of the Petronas project. While Petronas is still reviewing the project, it had hoped to start exporting gas to Asia by early next decade, which would put Prince Rupert's in-service date around that time, assuming a final go-ahead comes soon.

Meanwhile, TransCanada also recently received some good news on another West Coast LNG project after Royal Dutch Shell (NYSE:RDS.A) (NYSE:RDS.B) said that it still sees its LNG Canada project as a viable opportunity to bring Canadian gas to the global LNG market. That announcement by Shell came on the heels of its decision to cancel another Canadian LNG project at Prince Rupert, which will likely put Enbridge's (NYSE:ENB) recently acquired Westcoast Connector Gas Transmission project on ice. Enbridge's loss, however, appears to be TransCanada's gain, because it secured the rights to build the CA$4.8 billion Costal GasLink Pipeline project, which would move gas from the Montney region to Shell's LNG Canada project.

While neither LNG Canada nor the Pacific Northwest LNG Project has received positive final investment decisions just yet, there is growing cause for optimism that both Shell and Petronas will eventually build these projects. Those approvals would trigger more than $10 billion of growth projects for TransCanada, which would give the company the visibility it needs to extend its dividend growth forecast well into the next decade.