Income investors are going to miss winter when it ends in a few days.

The season was full of dividend raises, with many varied companies increasing their distributions. More than a few of these stocks were big names on the exchanges, and a lot of those raises were substantial. Recent additions to the 2017 roster of lifters include the following companies. 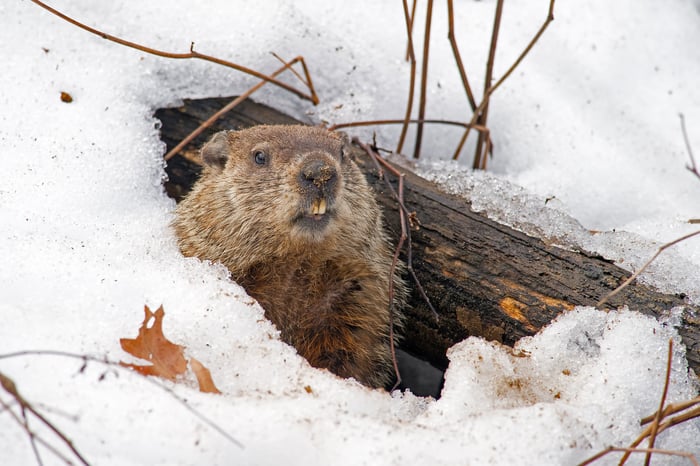 A longtime favorite among income investors, Coca-Cola (NYSE:KO) is a dividend aristocrat, one of the small but popular group of stocks that have raised their distributions at least once annually for a minimum of 25 years running. The company extended its run to a monster 55 years with the latest hike in its quarterly dividend, a 6% lift to $0.37 per share. 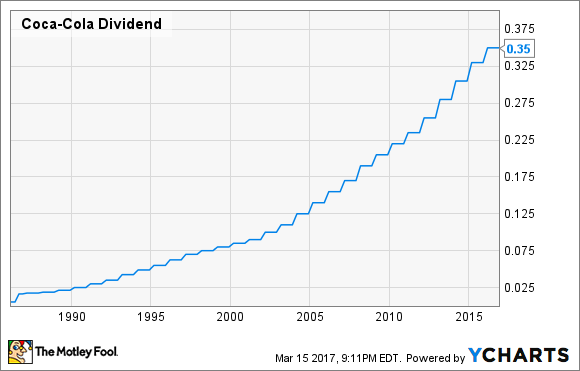 Other financial measures for the beverage giant are dropping these days, however. In its fourth quarter, Coke's revenue fell by 6% on a year-over-year basis, while attributable net income cratered by 56%. Much of this drop is attributable to the company's restructuring efforts, which include the divestment of its bottling assets.

Another concern is that over the past few years, Coke has spent the bulk of its free cash flow on dividend payments. The company always seems to find the means to keep lifting that payout, and as an aristocrat it has that lofty status to maintain. So I don't think the streak will end anytime soon. Regardless, I would keep a concerned eye on that FCF level.

Coke's upcoming payout will be dispensed on April 3 to stockholders of record as of March 15. At the most recent closing stock price, it would yield 3.5%. That's comfortably higher than the current 1.9% average of dividend-paying stocks on the S&P 500.

In contrast to Coke, networking-equipment giant Cisco (NASDAQ:CSCO) hasn't been playing the quarterly-dividend game that long -- it only started to hand out a payment in 2011. Since then, though, that payout has been raised at least once every year; the 2017 edition is a healthy 12% lift to $0.29 per share.

That's the good news; the not so good is that the company has now recorded five straight quarters of year-over-year revenue declines and is anticipating flat growth at best for the current quarter. In its latest reported quarter adjusted net profit slipped by 2% to land at $2.9 billion. Softness in the router and switching segments, two big business lines for Cisco, were largely to blame.

Still, the company remains immensely profitable, with mountains of cash flowing through its operations. Its most recent annual FCF tally grew by almost 10% over the previous year to over $12 billion -- more than enough scratch to take care of both dividend payments and share buybacks. No investor should worry about the future of this payout. 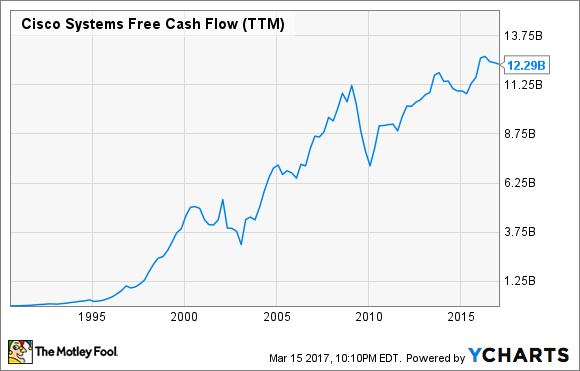 Cisco's new dividend is to be paid on April 26 to shareholders of record as of April 6. It yields a theoretical 3.4% on the current stock price.

The world's largest miner of everyone's favorite precious metal, Canada's Barrick Gold (NYSE:GOLD), is making its shareholders ever so slightly richer. The company has raised its quarterly distribution by 50%, to $0.03 per share.

There was justification for bumping the dividend higher. Barrick Gold had a fine fiscal 2016, despite modest declines in the amount of gold it both produced and sold, and a consequent slip in revenue -- plus a general decline in selling prices for most of the second half of the year. Thanks in large part to a reduction in capital expenditures, the company more than doubled its adjusted net profit, to $818 million from 2015's $344 million.

Meanwhile, Barrick Gold managed to improve its FCF number by 40%, to just over $1.5 billion. That's far above what it will pay out in dividends, which on a yield basis remains at under 1%.

Regardless, barring any serious dive in the gold price or production disasters, the dividend should remain safe. Although the amount paid has fluctuated somewhat wildly over the past few years -- at one point dropping from $0.20 per share to $0.05 -- the company always manages to hand one out. 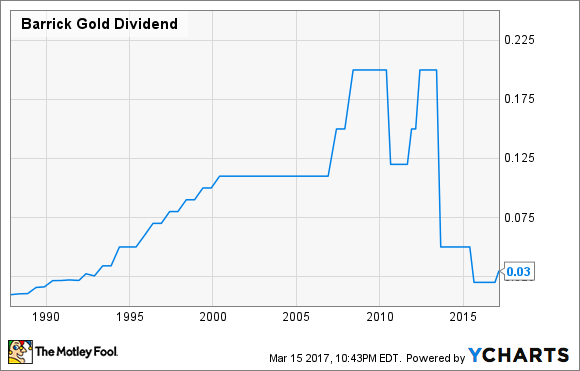 Barrick Gold paid its enhanced dividend on March 15, to investors of record as of Feb. 28. It yields 0.6%.