Please ensure Javascript is enabled for purposes of website accessibility
Log In Help Join The Motley Fool
Free Article Join Over 1 Million Premium Members And Get More In-Depth Stock Guidance and Research
By Reuben Gregg Brewer - Updated Mar 22, 2017 at 8:17AM

As gold and silver miners Hecla and Pan American Silver seek to grow, it's worth a quick look at their balance sheets to see which is stronger.

Hecla Mining Company (HL 4.37%) and Pan American Silver (PAAS 2.53%) are working very similar playbooks in 2017. Production growth will be so-so, at best, with spending on the future the primary focus. That makes it interesting to compare the financial foundations of this pair of gold and silver miners. When all is said and done, in a commodity industry subject to often-volatile price swings, investors might want to err on the side of caution as Hecla and Pan American invest in their future growth opportunities. 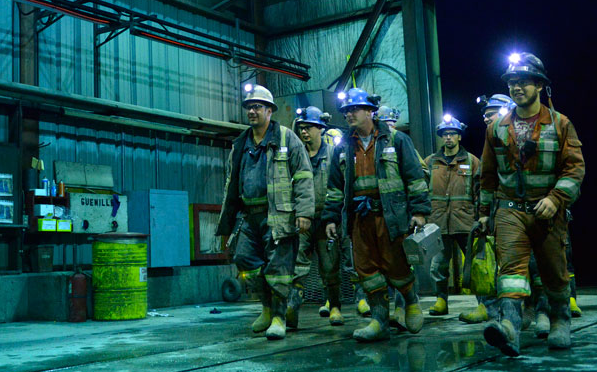 So, the similarity here is that Hecla and Pan American are both expecting the near term to be less than inspiring on the production front. The story for these roughly $2 billion market cap miners is investing for the future, with Hecla's plans further out than Pan American's. That's why it's worth looking at the balance sheets that underpin those investments. 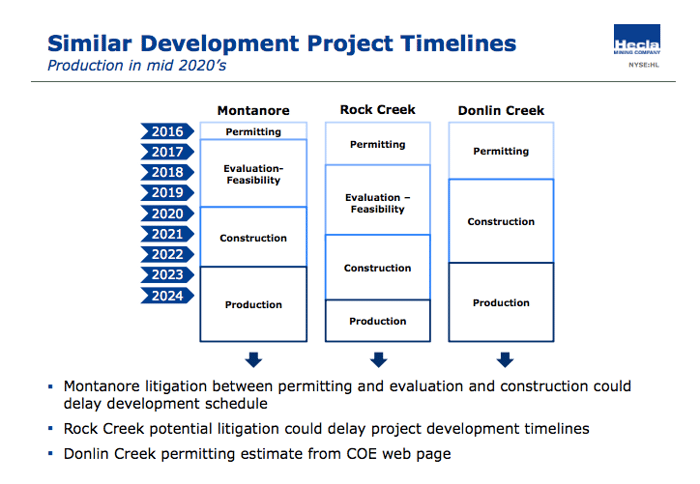 At the start of 2017, long-term debt made up roughly 25% of Hecla's capital structure. That figure was around 2.5% at Pan American. The difference is notable, with interest expense eating up just 1.2% (or so) of Pan American's revenue in 2016 but a much larger 3.4% at Hecla. While those numbers appear small on an absolute basis, Hecla's interest costs are nearly three times as high, percentage-wise.

Cash is another factor to consider. Hecla started 2017 with around $170 million of cash on hand. Pan American had nearly $144 million. Hecla's got more cash, but with materially more debt, it makes sense to have a higher cash balance. However, there's another way to look at this: the current ratio, a rough measure of a company's ability to pay its near-term bills in a worst-case scenario. Pan American Silver's current ratio is 3.3, while Hecla's is around 2.4. So Hecla has more cash on an absolute basis, but Pan American is still in better financial shape. 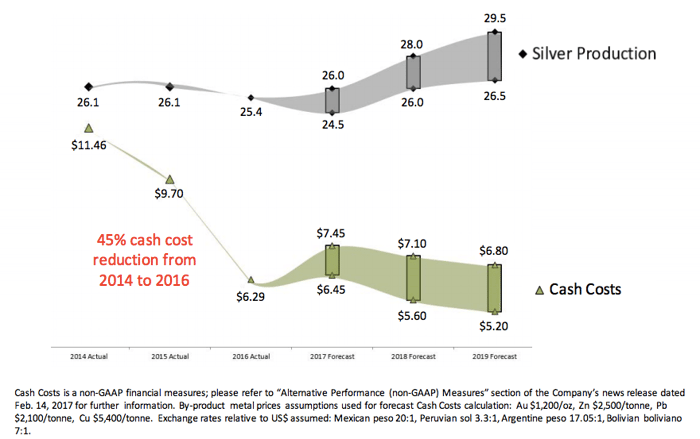 To be fair, neither company is exactly financially weak. But Pan American has the stronger foundation. It's also expecting its growth initiatives to kick in sooner than Hecla, which means the weaker company financially has to support growth spending for longer before those expenses provide a material return. If you are looking at the financial foundations backing this pair, Pan American easily wins.

To be honest, Hecla Mining has a better defined production profile right now because of its long-term plans. In fact, Pan American Silver expects capital spending to drop significantly in 2018 and 2019 because its current expansion plans will be paid for by the end of this year. That means long-term growth is much less clear at this point. However, it's got a much better balance sheet than Hecla, so it can easily take on new projects if and when it wants.

Looking at the financial foundation, Pan American is clearly the better company at this point. It may not have as much going on growth-wise as Hecla, but it could easily afford to push the accelerator if it wants to. And that balance-sheet strength could be worth a lot in a commodity industry subject to often-volatile price swings.