Please ensure Javascript is enabled for purposes of website accessibility
Log In Help Join The Motley Fool
Free Article Join Over 1 Million Premium Members And Get More In-Depth Stock Guidance and Research
By Bradley Seth McNew - Mar 23, 2017 at 8:04AM

Put away your lightsaber. When adjusted for inflation, even "The Force Awakens" falls behind this classic film.

The Walt Disney Co. (DIS 3.69%) has been one of the most prolific companies in Hollywood for many years, but its dominance has been growing lately as its movies across multiple genres have made billions of dollars at the box office. In 2016, it had by far the highest sales of any film studio, bringing in almost as much as the the next two -- Warner Bros., owned by Time Warner (TWX) and Twenty-First Century Fox (FOX)(FOXA) -- combined.

Yet, even with all of this massive success in recent years, especially with the well-performing relaunch of the Star Wars franchise, Disney's best-performing domestic hit of all time might be a surprise. Here's how the company's most successful movies stack up, and what Disney's future could hold. 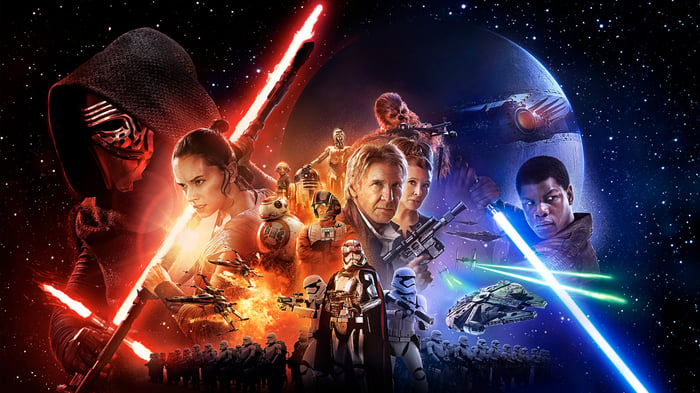 By the hard numbers, there's no doubt that Star Wars VII: The Force Awakens has been the most successful Disney-made movie of all time in terms of real box office sales. The movie has raked in an amazing $935 million in the U.S., with even more than that worldwide, for a total of over $2 billion.

However, adjusted for inflation and including re-releases, there are some surprising winners from decades past. For Disney, the biggest domestic hit of all time in inflation-adjusted dollars is actually Snow White and the Seven Dwarfs. The animated classic, which came out in 1937 and was re-released three times, has made only about $185 million over its lifetime in total sales at the box office, according to Box Office Mojo. However, adjusted for today's dollars, that's a whopping $943 million, edging out Star Wars VII.

Other surprisingly successful movies from Disney's past include 101 Dalmatians, which came out in 1961 and has brought in $864 million in today's dollars, and The Lion King from 1994, which has made an inflation-adjusted $771 million. And yet, even the successful Snow White still pales in comparison to the most successful movie of all time, Gone with the Wind. The 1939 masterpiece based on the classic novel took in an astounding $190 million in its first release -- $1.75 billion adjusted for inflation, beating out 1977's Star Wars in the No. 2 slot.

Disney's movie success: Will it continue in 2017?

Even though Disney's very well performing movies of 2016 -- such as Finding Dory, Rogue One, and Captain America: Civil War -- didn't get close to Snow White's adjusted success, these films' huge draw, along with 10 other films during the year, helped Disney's 2016 box office sales balloon to over $3 billion, according to Box Office Mojo, up 31% over 2015 and more than a quarter of total market share. Compare that to $1.9 billion for Warner Bros., and $1.47 billion for Twenty-First Century Fox for the year. 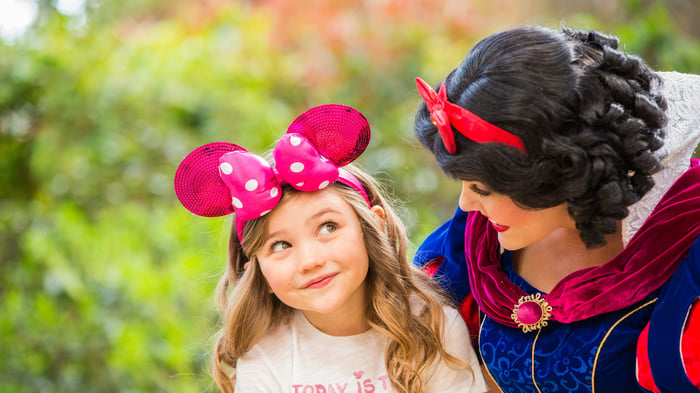 Can Disney's studios continue that success in 2017? It'll be challenging, not because the movies slated for this year aren't expected to be massive hits, but because there are only nine movies slated to be released by Disney this year, compared with 13 in 2016. Of course, some of those movies are big-name releases such as Guardians of the Galaxy 2, a new Pirates of the Caribbean movie, and Star Wars: The Last Jedi, which should each have exceptional box office value.

Even if box office sales are lower in 2017 than 2016, that's only a portion of Disney's overall business, and a relatively small one at that, as networks and theme parks are both larger, with consumer products rounding out the list of Disney's four operating segments. Disney's slate of characters created and/or marketed in its hit films also helps to drive success in those other areas, as TV shows, theme park rides, and toys are all created in their likeness, which should continue to expand sales growth in 2017. Going into 2018, the number of releases looks to start expanding again, paving the way for even more future growth in each segment.