The online retail juggernaut is trying its hand at physical bookstores, a convenience store with no checkout lines, and is reportedly launching two locations for customers to pick up online grocery orders.

Amazon.com (AMZN -2.78%) has spent more than two decades building out its massive online retail presence, but the company has recently begun moving in a new direction by opening up physical locations for bookstores, a convenience store, and there are also rumors that two grocery pickup locations will open soon.

Amazon is no stranger to rumors, and the company has had its fair share of disastrous new endeavors in the past, but it appears that Amazon is seriously pursuing brick-and-mortar locations. So let's take a look at what the company is doing and why it may be investing in these new strategies. 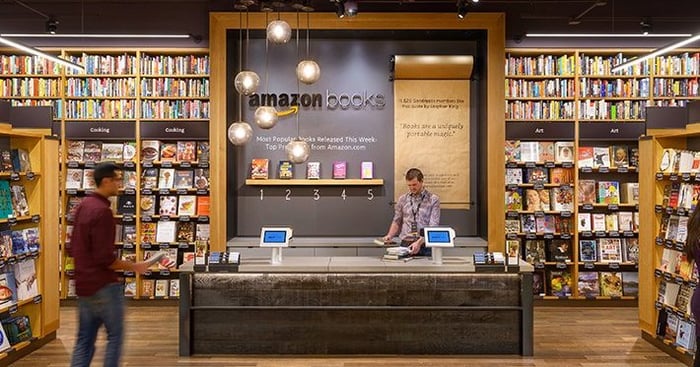 Amazon entered the grocery business back in 2007 with its AmazonFresh grocery delivery service, but a new report by GeekWire shows that the company is about to add physical locations where customers can pick up online orders themselves.

Amazon is reportedly calling these new locations AmazonFresh Pickup, and the first two stores will be in Seattle's SoDo and Ballard neighborhoods. 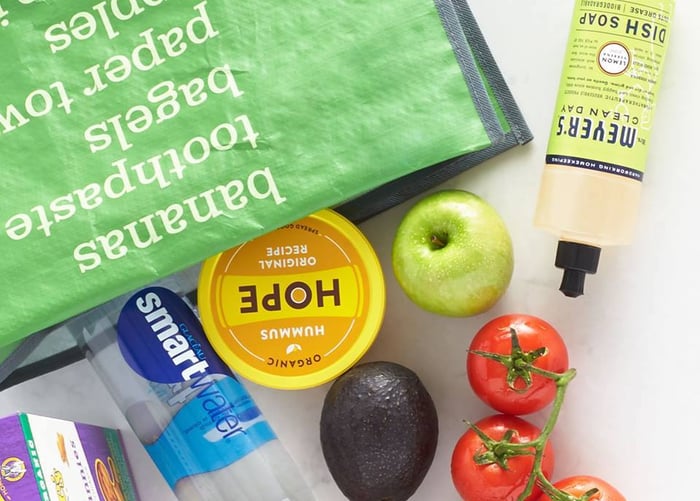 In permit documents Amazon filed for the stores the company said that signs inside of the store would read, "Shop online. Pick up here," and "Relax while we load your groceries."

This matches up with separate documents Amazon filed last year that said the company was considering physical stores where customers could pickup online grocery orders by parking in stalls and having employees load the orders into their cars. A separate option to place an order in the physical store on a tablet and then wait for the items was also described, though it's not clear if this is how Amazon's new store will work.

Amazon has yet to make any announcements about the stores, but the GeekWire article noted that the locations are already built and signs bearing the AmazonFresh Pickup name have already been put up.

Late last year, Amazon introduced an entirely new convenience store concept, called Amazon Go. The store, which is only available to Amazon employees right now, uses technology to automatically charge customers for items as they walk out of the store.

The Amazon Go stores uses computer vision, sensor fusion, and deep learning algorithms to know which items a customer has picked up (and which ones have been placed back on the shelf), and then charges them for the items when they leave the store. All a customer has to do is scan their Amazon Go app when they first enter the store, and the company's Just Walk Out Technology takes care of the rest.

The Amazon Go store offers ready-to-eat breakfast, lunch, dinners, and fresh snacks made by on-site chefs and other foods from local businesses. The company said that it's opening up the store to the public once its out of beta mode sometime this year.

The online retailer opened its first physical bookstore last year and now has a store in Washington, Oregon, Massachusetts, and California, with six more coming soon. The bookstores sell books of course, but are also used to show off the company's tablets, Kindles, Fire TV, and Echo devices. 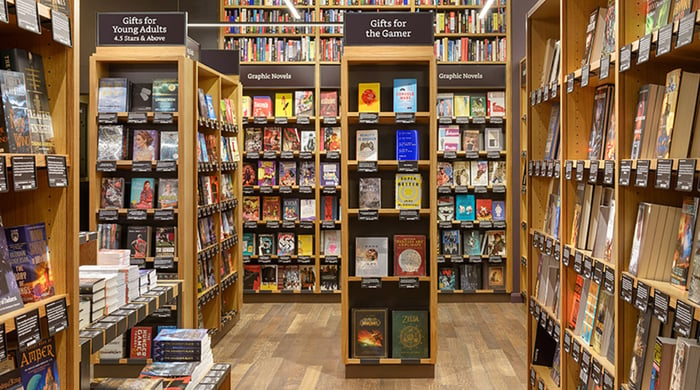 Amazon says on its website that its in-store book selection consists of thousands of books that are picked "based on Amazon.com customer ratings, pre-orders, sales, popularity on Goodreads, and our curators' assessments." Aside from helping customers find books, the company says the bookstore employees will also help customers learn about Amazon's devices.

Why the physical store push?

While it might seem a bit curious that Amazon would be interested in physical stores, there are several reasons why this all makes sense.

In an interview with CNBC last year Daniel Kurnos, an analyst at Benchmark, said that the company's bookstores were about "showroom-ing" and that Amazon could use the stores to "highlight their product line-up as they continue to battle for living room share."

Amazon uses its Kindles and Fire tablets to help bring people further into its online retail ecosystem, so having physical locations where Amazon can show off those products and explain its Prime Membership services would clearly be beneficial. And Morningstar analyst R.J. Hottovy also believes the stores could eventually be used as places to pickup online orders or a convenient place to drop off returns.

As for Amazon's push into convenience stores and grocery pickup, the company is likely trying to tap into the massive $674 billion grocery market by doing what it does best -- driving online and digital sales. Online purchases make up just 1% of the grocery market right now and Amazon views its Amazon Go and AmazonFresh Pickup stores as possible ways to disrupt the grocery market.

Investors should remember that while Amazon might be doing some exciting things with physical stores, they're still just test projects for the company right now. They shouldn't be taken as a new direction for the company, but rather a sign that Amazon is willing to try new things in order to discover new ways to gain customers, add Prime members, and learn customer habits.