Shares of Apple (NASDAQ:AAPL) hit another all-time high last week, and now an analyst is tossing out the nice round target of $200 as the consumer tech giant's next big goal. To be fair, Steven Milunovich at UBS isn't suggesting that Apple will hit that mark in the next few months or even a year from now. He sees that happening over the next two to three years if things play out well for Apple. We're still talking about a pretty big milestone for a stock that was trading in the double digits as recently as this past summer.

Milunovich feels that the path to $200 will require Apple executing well through three important phases in the near future. The first is the "Supercyle" phase that should kick in when the iPhone 8 rolls out later this year. The hype is deafening for the bar-raising features that Apple will be incorporating for the smartphone update to commemorate the release of the original iPhone 10 summers ago. The next cycle will be a sustainable growth phase, as Apple leverages its growing installed base. We're already seeing Apple executing on that front with services revenue growing faster than its hardware segments. The final cycle is innovation, and that's naturally going to be a wild card. Many of the features rumored to be incorporated into the iPhone 8 are already available in high-end Android handsets. Apple will need to create a new product category, but history is on its side. This is, after all the company that got us to buy smartphones, tablets, and, more recently, smartwatches when the first wave of pioneers sputtered. 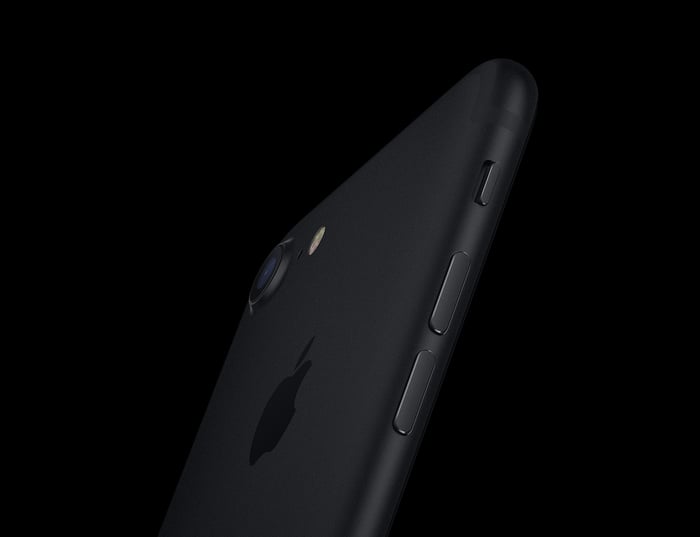 The path to a $1 trillion market cap

Hitting $200 in a couple of years may also mean that Apple will crack through the mystical market cap milestone of $1 trillion, but let's not set that hurdle in stone. Milunovich feels that innovation, execution, and accelerated share buybacks are the keys to getting to $200 by 2020. It's those stock repurchases that could get in the way of $200 translating into a 13-figure market cap.

Apple is generating a lot of money, and it's returning a good chunk of that to investors through dividends and share buybacks. It had a weighted average of 5.328 billion fully diluted shares outstanding in its latest quarter, a tally that would translate into a market cap of nearly $1.07 trillion at the $200 price point. However, the iEverything company has been a voracious eater of its own cooking. You have to go all the way back to the final quarter of fiscal 2012 to find the last time that Apple's share count didn't decrease sequentially, according to S&P Global Market Intelligence data.

The company's diluted share count has declined by more than 9% over the past two years and more than 15% over the past three years. All that Apple has to do is repurchase more than 7% of its current shares for $200 to amount to a market cap that is less than $1 trillion.

If you're an investor, you should be fine with that. It's a stock's price, not its market cap, that dictates your position's appreciation. Lowering its share count also makes Apple's earnings growth stronger on a per-share basis. Apple knows what it's doing, but if you own the stock, you already knew that.