Please ensure Javascript is enabled for purposes of website accessibility
Log In Help Join The Motley Fool
Free Article Join Over 1 Million Premium Members And Get More In-Depth Stock Guidance and Research
By Scott Levine - Mar 28, 2017 at 10:11AM

So let's consider two of the leaders in the industry, Aqua America (NYSE: WTR) and California Water Service (NYSE: CWT), to see which company affords investors the best choice in terms of getting their feet wet (or wetter) with a water utility investment. 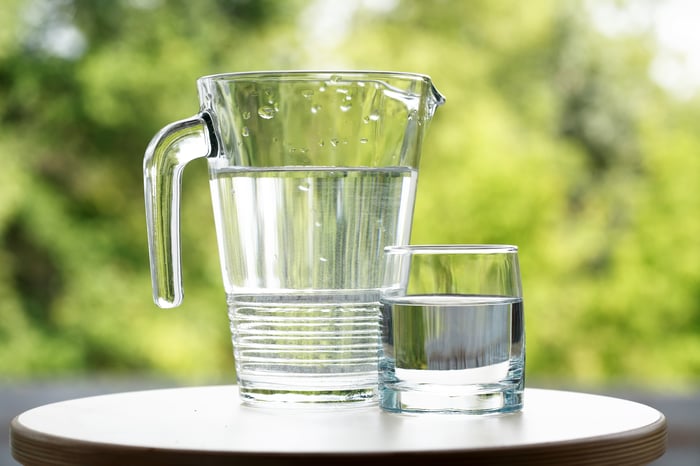 Far from being wet behind the ears, Aqua America has been in the water business for more than 130 years. The second-largest publicly traded water service provider by market cap, Aqua America provides water and wastewater services to about 3 million customers in eight states. It's Pennsylvania, however, that accounts for the lion's share of the company's business -- approximately 52% of operating revenue and about 74% of net income for 2016.

The most decisive factor in choosing an investment, however, is hardly which business has the most customers, so let's compare the companies on some important metrics to gain better insight.

Aqua America, with a commanding operating margin of 39.7%, is considerably better at converting revenue to earnings, so it seems to be swimming away with the more compelling argument for investment. But there's plenty more to consider, so let's grab our scuba gear and dive in even deeper.

When weighing water utilities against each other, one of the most important things to consider is the companies' geographic footprints, since those with greater diversification have reduced exposure to certain environmental risks. Aqua America, for example, maintains regulated operations in eight states -- from New Jersey to Illinois to Texas -- mitigating the risk associated with adverse local weather phenomena. California Water Service, conversely, is a case and study in the perils of insufficient geographic diversity. Even though it operates in four states, California provides the lion's share of business -- 93% of total consolidated operating revenue in fiscal 2016. So it should come as no surprise that the drought that recently plagued the Golden State also wreaked havoc with the company's bottom line. 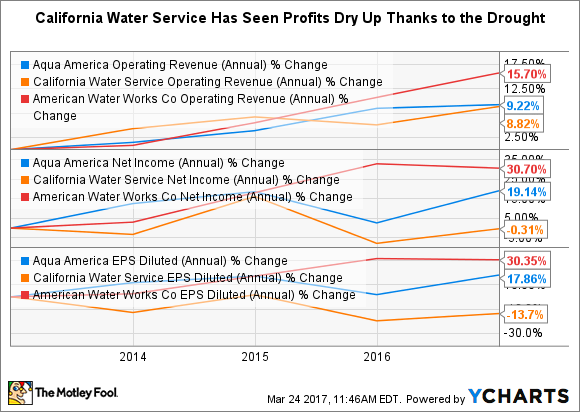 The greatest illustration of how geographically diversified operations mitigate risk is American Water Works (AWK 3.13%), which maintains regulated operations in 16 states, including California. According to American Water Works' 10-K, California accounted for 7.4% of the company's operating revenue in fiscal 2016, but it has had no problem recognizing earnings growth while California has struggled with its water woes.

Aqua America's strategy of growing its enterprise through acquisitions is another factor that distinguishes it from California Water Service. In addition to further diversifying its customer base, the acquisitions position the company to grow revenue, increase the efficiency of its operations, and ensure that it's well suited to maintain dividend growth. According to its recent 10-K, over the past five years, the company has expanded its "utility operations by completing 84 acquisitions or other growth ventures."  In fiscal 2017, Aqua America anticipates closing on four acquisitions that will add almost 9,000 customers. California Water Service, on the other hand, reported in its most recent 10-K that it completed "no significant acquisitions" in 2014, 2015, or 2016.

The case for California Water Service

With a less attractive customer base, arguably less growth ahead of it, and a less attractive dividend, there is little to suggest that California Water Service is a better buy than Aqua America. In fact, the only real reason to consider picking up shares would be based on valuation. 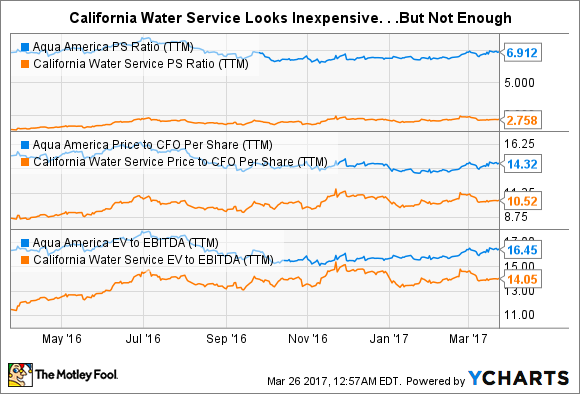 Having sized up these two water utility stocks against each other, we find one thing to be crystal clear: Aqua America offers a considerably more compelling argument for investment. California Water Service sports a far cheaper price tag, but we're looking for sound businesses here -- not merely inexpensive stocks.

Moving forward, investors should confirm that American Water Works is continuing to execute its growth-through-acquisition strategy in addition to maintaining dividend growth -- two things that, of course, must be met with responsible management of its debt.