Please ensure Javascript is enabled for purposes of website accessibility
Log In Help Join The Motley Fool
Free Article Join Over 1 Million Premium Members And Get More In-Depth Stock Guidance and Research
By Rick Munarriz - Mar 29, 2017 at 9:20AM

The two video chip specialists are going in different directions, but that shouldn't be the case.

One wouldn't expect investors to find hot stock ideas in the cutthroat realm of video chips, but that's exactly where two of the hottest stocks in recent years reside. NVIDIA (NVDA 5.55%) was the S&P 500's biggest gainer last year, soaring 224% as the maker of graphic cards broadens its reach for everything from artificial intelligence to virtual reality.

Ambarella (AMBA 6.41%) wasn't as scintillating as NVIDIA last year, merely marching in place. However, the provider of video compression and image processing semiconductors has seen its stock pop ninefold since going public at $6 five years ago.

Both stocks got to where they are by being at the right place at the right time. NVIDIA may have started as the pioneer of the GPU in 1999, but it has gone from courting PC gamers to cashing in on deep learning. It now finds itself on the pulse of everything from self-driving cars to the "internet of things" movement.

Ambarella became a market darling when the wearable camera craze took off. It was -- and continues to be -- the lone provider of video chips in GoPro's (GPRO -1.49%) HERO products. Naturally this asset became a liability in late 2015 when GoPro sales went into a funk. GoPro's slump would go on to claim four consecutive quarters of sales declines of at least 31%, but Ambarella held up much better than that despite relying on GoPro for a third of its revenue. Diversifying into dashboard cams, surveillance gear, virtual-reality equipment, and drones helped limit the year-over-year declines to just two quarters with much smaller declines. 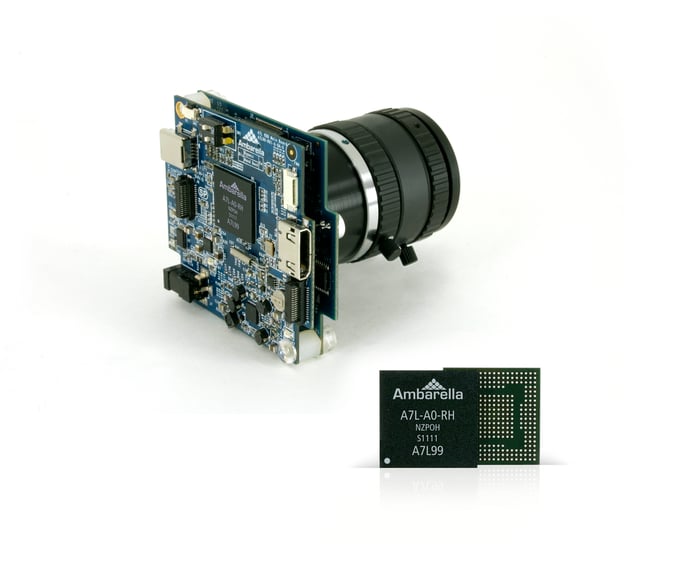 NVIDIA and Ambarella have been serial winners. NVIDIA has consistently beaten Wall Street's profit targets over the past year, surpassing expectations by a whopping 46% and 19% in its two most recent quarters, respectively. You may expect that from a stock that more tripled last year, but Ambarella -- a stock that slipped 3% in 2016 -- has come through with four straight quarters of double-digit percentage beats on the bottom line.

Both companies aren't in the same place. Growth at NVIDIA is decelerating. Analysts see revenue growing at just a 16% clip this year, slowing to 12% in 2018. Ambarella is faring worse. Wall Street pros see flat sales growth this year, rebounding to a 14% ascent next year. Ambarella commands the lower earnings multiple -- 25 times this year's projected earnings versus 38 times for NVIDIA -- but it's NVIDIA that's worthy of a market premium these days. Until Ambarella or GoPro turns things around, NVIDIA will be the market darling worth paying up for.