Nike has had a rough last year, but here's why the sportswear maker's best days could still be ahead of it.

Nike (NKE 4.55%) stock took a hit following its fiscal third-quarter earnings, and while it's still up slightly for the year, the stock is about 16% off its lifetime high as the market punished the company throughout 2016 amid inventory challenges that led to discounting and higher-growth competitors taking away market share.

After the company's most recent earnings report showed pressured sales growth, analysts have been questioning the company's future growth prospects. Nike still beat earnings estimates by a wide margin, but the stock suffered anyway as analysts called the earnings beat "low quality" since it was for reasons other than sales growth.

Nike's huge EPS growth was partially due to a low tax rate of just 13.8%, as the company had more than half of its revenue in lower-taxed regions and claimed other tax benefits. Additionally, the market continues to worry about the company's gross margin, which was lower again in the third quarter, a consistent setback over the last year that could threaten future earnings growth potential.

Why the best is yet to come for Nike

Even though those results are somewhat discouraging, Nike seems to be doing the right things now to prepare its company for better performance in the quarters and years to come. Here's why Nike's best days are still likely ahead of it.

1. International sales have room to run. Nike gets nearly half of its revenue from North America now, which has been sluggish lately, but its footprint in many important markets such as China and Western Europe seems to be expanding rapidly enough to offset slow growth in the U.S. in the years to come as international becomes an even bigger part of overall sales. During Q3, Nike's U.S sales rose just 3% year over year, while sales in China rose 9% -- 15% adjusted for currency fluctuations. During the earnings call, Nike Brand President Trevor Edwards said:

2. Margins should rebound soon. Nike's declining gross margin has certainly been worrisome, which seems to have been mostly due to higher input costs and too much inventory for the current sales growth that has led to the need for discounting. Management has said they are working on the problem, and there could be both short-term and long-term relief.

Short term, the company plans to cut 25% of its styles that aren't contributing very well to sales. "Edit-to-amplify," as management is calling it, is the plan to focus on the 75% of products that make up 99% of Nike's sales, and cut the rest as to free up production capabilities and focus. Investors should be encouraged that inventory rose 7% in the quarter, year over year, thanks to higher average selling prices, but that wholesale inventory units actually decreased 3% -- a good sign that discounting headwinds should subside going forward.

Long term, Nike is investing in better product materials and manufacturing that management says will eventually lead to wider cost reduction. Nike has announced its "manufacturing revolution" plans, which seem to be focused on areas like advanced automation, local sourcing, and other technologies like 3D printing. Other than reducing manufacturing costs, it should also help get products to market faster which helps the company better take advantage of current trends and further reduce the need for discounting for out-of-season or out-of-style gear. 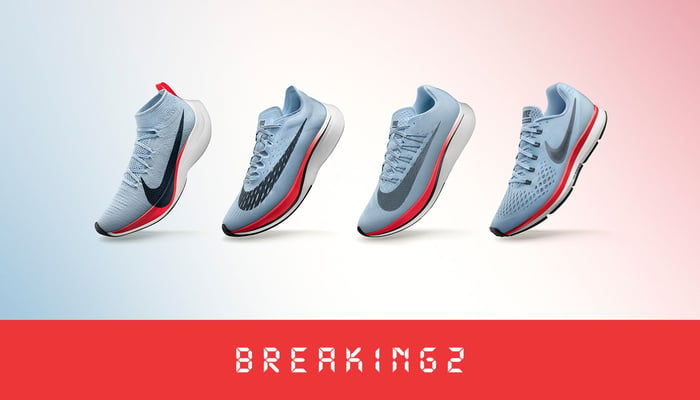 3: Innovative feats. Finally, there's what Nike does best: produce gear that changes the game. This is not to say that Nike isn't perpetually innovating, or that it hasn't put out some great products in the last year, but it could certainly use a public showcase of its innovation prowess and how it uses technology to truly make athletes better.

Nike has gotten a lot of attention for its "Breaking 2" project, a very public challenge trying to help three chosen runners to be the first ever to break the two-hour marathon barrier through innovative footwear and running gear. Other than this project, the company is finding new ways to show off its innovative capability and push the boundaries of sport. During the call, CFO Andy Campion said, "We've more than doubled our investment in innovation of late. And you will now see us double the flow and impact of innovation we bring to market, immediately beginning in Q4."

Nike has been an incredible holding for investors in recent years, but its current growth rates and gross margin drop are certainly something to question. However, Campion said in the call, "We are clear-eyed with respect to the challenges we have faced and opportunities we have not fully capitalized upon in the short-term. We have and we will continue to attack those opportunities with urgency." As Nike continues to focus on the areas above and go back on the offense, it looks like the best is still to come for this long-term play.