NVIDIA's amazing stock price run in 2016 has paused lately. Here's what's going well for the chipmaker, the threats it faces, and what the future is likely to bring for shareholders.

NVIDIA's (NVDA -5.26%) recently completed fiscal year was one for the history books. The company's stock price in its fiscal 2017 skyrocketed 229% as the chipmaker strengthened its position in its core GPU gaming segment, and expanded further into artificial intelligence (AI), data centers, and driverless car tech.

But despite a stellar fiscal fourth-quarter earnings report in early February, the company's stock price is down about 3% over the past three months (at the time of this writing). Investors may be wondering if that stock price sputter is just a blip on the long-term radar, or if NVIDIA's growth days are really over. To get a better picture of what's happening, let's take a look at the chipmaker's current prospects and problems: 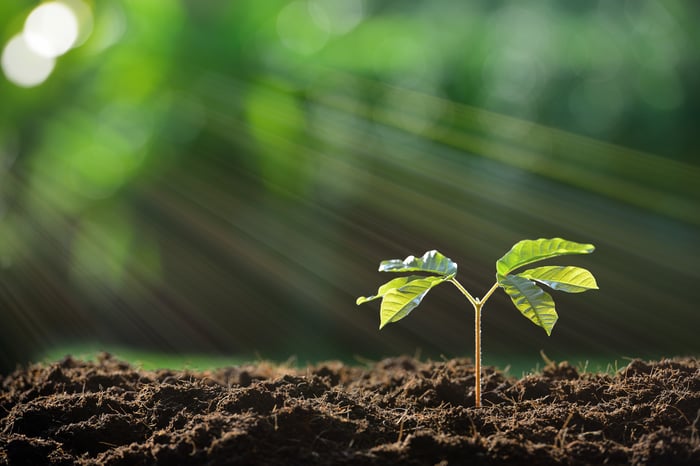 NVIDIA brought in about 62% of its revenue in Q4 (which ended Jan. 29) from its GPU gaming segment, and revenues from that business increased 66% year over year. That's great news for the company, which holds more than 70% of the discrete desktop GPU market share right now. The company's ability to maintain its commanding position in the GPU market and continue growing those revenues is crucial to its stability -- and so far, it's pulling those feats off quite well.

But NVIDIA is doing much more with its processors than just enhancing computers for gaming. The company's chips also power its Drive PX 2 self-driving car supercomputer, and sit at the heart of robust machine-learning data centers. NVIDIA's automotive revenue grew 37% year over year in Q4, and data center revenue shot up by 205%.

The company believes that these two markets will be major growth drivers going forward, with the autonomous car market expected to hit $77 billion by 2035 and NVIDIA's GPU-powered data centers and products -- like its DGX-1 supercomputer -- giving it a total addressable market in AI of $5 billion.

What could be problematic

I recently highlighted three potential problems NVIDIA may face in another article, and it's worth reiterating them here. First of all, its strong position in gaming GPUs will be challenged a bit more when rival Advanced Micro Devices (AMD -6.24%) releases its new high-end GPU architecture, called Vega, later this year.

Vega is expected to go head-on against NVIDIA's popular GTX-1080 card, and marks a shift of focus for AMD from mid-range GPUs to the higher-end market. It's still unclear how much this will impact NVIDIA -- if at all -- but it's certainly something investors should keep an eye on.

If all that weren't enough, Intel is also targeting the AI market. The company holds about a 99% market share in the server market right now, and it doesn't want to cede any of that to NVIDIA. That's why Intel has made several AI purchases recently, among them a company called Nervana Systems that Intel expects will help it achieve a 100-fold increase in neural network performance over the next three years.

So are NVIDIA's growth days over? In short, probably not. The company still holds a very strong position in its core business --  GPU gaming -- and even rising competition from AMD won't take that away any time soon. It's also early in the game for both driverless car technologies and AI, and NVIDIA has just as much potential to excel in both as rival Intel.

But investors should be conservative in how much they expect NVIDIA to grow. The company is already trading at forward P/E of 32, which makes it a bit expensive compared to the average P/E ratio of 26 for tech sector overall. A large share of NVIDIA's stock price gains in 2016 were driven by investors' excitement over its future opportunities (and, of course, its strong earnings reports), but that means a lot of optimism is now baked into the stock. Thus, 2017 could produce more tempered share price gains for NVIDIA.