Please ensure Javascript is enabled for purposes of website accessibility
Log In Help Join The Motley Fool
Free Article Join Over 1 Million Premium Members And Get More In-Depth Stock Guidance and Research
By Keith Speights - Apr 1, 2017 at 11:04AM

Why Google parent Alphabet, genomic-sequencing pioneer Illumina, and telehealth leader Teladoc could be great stock picks if you're in your 40s.

What will the world look like 20 to 25 years from now?

That's the question that investors in their forties should think about when considering which stocks to buy now. While even the best prognosticators can't know for sure what the future holds, three stocks seem to be pretty good bets to survive and thrive in the decades ahead. If you're in your forties, here's why Google's parent Alphabet (GOOG 5.20%) (GOOGL 5.11%), Illumina (ILMN 0.20%), and Teladoc (TDOC 3.57%) could be stocks to consider. 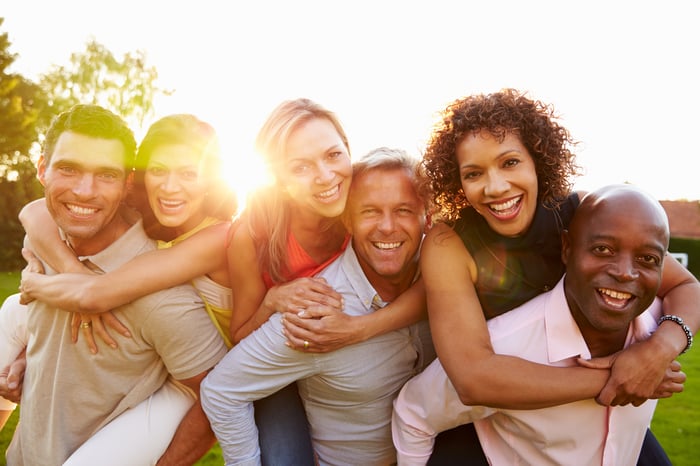 Alphabet is about a lot more than just its enormously successful Google search engine. The company claims a leadership role in many of the most important technologies for the future, including artificial intelligence, robotics, and virtual reality.

Artificial intelligence (AI) could change how we drive, work, and nearly every other aspect of our lives over the next 25 years. AI has been a top priority for Alphabet for quite a while. However, the technology giant has beefed up its capabilities significantly in recent years through acquisitions. Alphabet bought 11 AI companies over the last five years, according to market-intelligence provider CB Insights. Most notably, Alphabet scooped up hot British AI pioneer DeepMind in 2014.

On a related note, there have been quite a few news stories lately about how robots could replace human workers in the near future. Alphabet is a leader in the robotics field also. The company owns Boston Dynamics, which in 2016 announced the development of its Atlas robot. Atlas was so impressive that it prompted internet entrepreneur and angel investor Jason Calacanis to state that the robot "is really the end of manual labor."

Virtual reality is another technology poised to radically change how we live in the next few decades. Alphabet is a major player in this area, also. It markets the Daydream View virtual reality headset made with soft, breathable fabric that is comfortable to wear.

The bottom line is that Alphabet appears to be in great position to be a leader in multiple technologies that could shape the future. And with a huge cash stockpile, the company will likely continue making strategic acquisitions that improve its leadership position.

A different kind of technology has already begun revolutionizing medicine and seems highly likely to continue doing so. Analyzing DNA and mapping the human genome has led to significant medical breakthroughs and the development of powerful drugs. One company largely responsible for making this DNA revolution possible is Illumina.

Illumina is the global leader in sequencing and array-based solutions for genetic analysis. The company's HiSeq X genomic sequencing system technology announced in 2010 paved the way for mapping human genomes for roughly $1,000, a milestone in the DNA revolution.

Another major milestone could be just around the corner. In January, Illumina announced its newest system, NovaSeq. Illumina believes that the NovaSeq architecture will enable a human genome to be mapped for $100. Such a dramatic reduction in cost should fuel the growth of precision medicine, an approach for treating disease that matches drugs with individuals' genetic profiles.

The impact of what Illumina's technology could usher in isn't easy to fully grasp. Diseases for which no treatment is currently available could be treated and potentially even cured. Others will find the "gold", but Illumina will likely continue to be the leading provider of genetic "shovels."

Teladoc: Bringing healthcare to your home

Do you hate going to the doctor? Teladoc is a leader in bringing the doctor to you -- virtually.

Teladoc estimates a total U.S. market opportunity for telehealth of more than $29 billion. Too optimistic? Not if you consider that around one-third of all outpatient medical care is treatable through telehealth and four-fifths of behavioral health visits could be done remotely.

Although the majority of Americans still haven't used telehealth, the numbers are growing. A recent survey shows that most of those who haven't received healthcare virtually are interested in doing so.

While several companies have jumped into the telehealth space, Teladoc is leading the way. The company has over 7,500 customers, including more than 220 of the Fortune 1000 companies.