Verizon is expected to launch an over-the-top linear TV service this summer.

2017 is turning out to be the year cable went to streaming. After AT&T (T 1.27%) launched DirecTV Now at the end of last year, both Hulu and YouTube have announced new linear TV streaming services, joining established services such as DISH Network's (DISH 3.82%) Sling TV and Sony's (SONY 1.14%) PlayStation Vue. 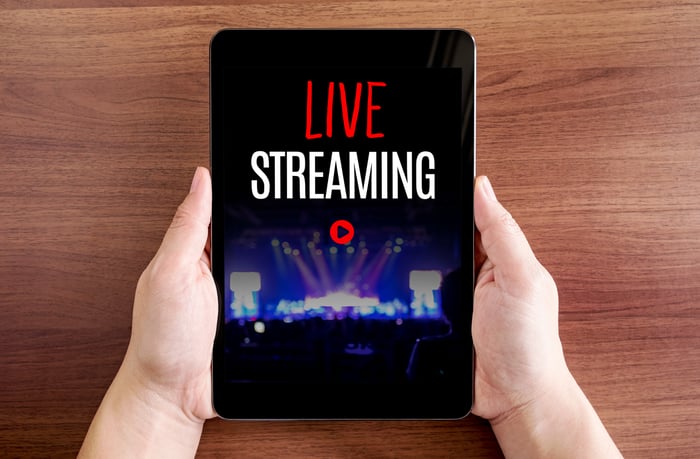 Competing with some big guns

The major differences between linear TV streaming services comes down to content rights. AT&T said its biggest advantage with DirecTV Now is its scale as a pay-TV provider. After buying DirecTV, AT&T has over 25 million video subscribers. By comparison, Verizon has just 4.7 million FiOS TV subscribers. Verizon doesn't even have the scale of DISH Network, which counts 13.7 million subscribers.

Sony was one of the first to launch an over-the-top linear TV service, and it started with absolutely no scale. Nonetheless, its service and pricing is competitive, but it's lost several notable content contracts during its two-year existence.

Still, it's managed to attract 400,000 subscribers to PlayStation Vue. Whether Sony is making a profit on those subscribers is unclear, but it shows that getting the best content pricing isn't the only thing needed to take some market share.

What are Verizon's advantages?

Verizon has a couple of main advantages over most of its competitors.

The biggest advantage is the 114 million retail customer relationships it already has through its wireless business. Verizon can offer discounts for bundling its new streaming service with its wireless service. AT&T is using that strategy with DirecTV Now. It's offering $25 off DirecTV Now per month and free HBO for subscribers of its AT&T Plus plan. No other competitors can offer something similar.

The second advantage Verizon has is its recent investments in digital advertising. Over the past few years, Verizon has made several large acquisitions of digital media and advertising companies. Lending that expertise to a streaming television service could help Verizon produce higher ad revenue than its competitors, allowing it to price its service competitively even if it has to pay more for content.

All pay-TV providers receive a couple of minutes of ad space per hour for their own ads. Verizon could, however, win over some ad space from media companies if it can show superb results with its own inventory. That could produce additional revenue for Verizon, allowing it to produce higher margins or lower pricing to compete.

Ultimately, Verizon is fairly well positioned to compete in an increasingly crowded market even though it doesn't have the scale of some of the current services. The revenue from the streaming service won't be huge compared with Verizon's wireless business, but bundling the offering could make Verizon's services stickier.