Analysts have been falling over themselves to upgrade Netflix based on evidence that international growth may be more robust than they imagined.

Ever since Netflix, Inc. (NFLX -0.27%) began its DVD-by-mail service nearly two decades ago, investors have taken a keen interest in the subscriber numbers the company reveals in conjunction with its quarterly financial release. And that interest has become even more pronounced since the company announced its worldwide expansion in January 2016, as the company has been investing heavily in its newly minted international operations.

Over the last month, several analysts have come to the conclusion that Netflix's international growth may be stronger than anticipated and will result in additional enthusiasm for the stock. In another case, an analyst thinks that U.S. growth may fall short of forecasts. Let's look at the reasoning and conclusions of each.

Bryan Kraft, an analyst with Deutsche Bank, released a research note on March 20 in which he made the argument that assumptions regarding Netflix international growth are too low. While Netflix forecast the addition of 3.7 million international subscribers and most analysts seems to agree, Kraft thinks the number will likely be 4.9 million -- over 30% higher than estimates. How did he come to this conclusion? He analyzed changes in web traffic data from a variety of countries including Mexico, Brazil, Switzerland, Poland, Spain, Italy, France, and Germany and calculated that Netflix is likely making stronger gains overseas than many believe. He does note, however, that Asia has been slower to adopt Netflix.

Jeffries analyst John Janedis, a previous Netflix bear, came to a similar conclusion after conducting a large-scale survey of video-on-demand (VOD) consumers in Germany and India. He found that they favor streaming from Netflix and Prime video from Amazon.com, Inc. (AMZN -8.43%) over local providers. Janedis reported that in Germany 67% of VOD customers chose Prime, 45% subscribed to Netflix, and 21% used both services. Likewise in India, 74% of VOD customers preferred Prime, 63% chose Netflix, and 41% subscribed to both services. Janedis originally believed that local services would be the preferred VOD choice of consumers. In a note to clients, he said, "The growth opportunity appears larger than we had expected, as original content is performing well, mobile consumption is growing, competition appears limited, and the pricing plan is gaining traction."

Either you believe or you don't

Concluding that Netflix would beat its own internal forecast wouldn't be that much of a stretch, as the company has a pretty spectacular record of beating its own estimates, missing only twice in the last 14 quarters. For the coming quarter, Netflix is forecasting 1.5 million additional domestic subscribers and 3.7 million international, for a total of 5.2 million new subscribers.

Todd Juenger of Bernstein doesn't need to be convinced. He has some of the most fervent views and highest price targets of any analyst that follows Netflix. In his recently initiated coverage of the company, he shared:

A wise investor once remarked to us: 'If Jesus were a stock, he'd be Netflix. You either believe or you don't.' We think that analogy perfectly captures investor attitudes on this stock. In fact, we would take it even farther. Like any belief based on faith, we don't think there are any arguments based on currently observable, factual evidence that could be made to convert believers into non-believers, or vice-versa. There is no new mathematical algorithm we can put forth, no new way of looking at churn or forecasting content spend or ARPU, that will incontrovertibly solve the debate. 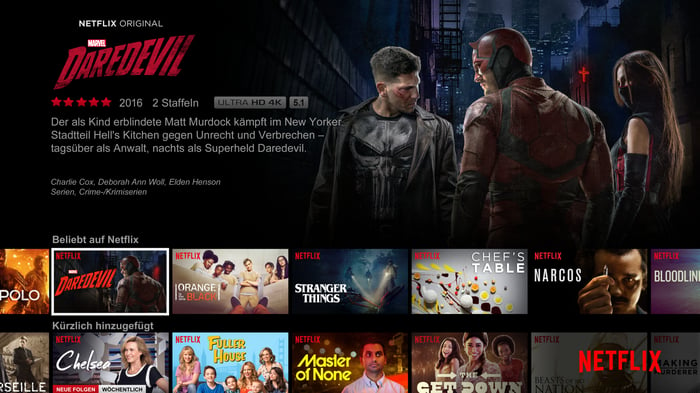 All eyes will be on Netflix worldwide subscriber gains. Image source: Netflix.

Not everyone believes that Netflix will get through the quarter unscathed. Baird analyst William Power has concluded that domestic subscribers will severely underperform based on a survey of U.S. consumers. He estimates that Netflix will only add 1 million U.S. subscribers compared to the 1.5 million it forecast, and said their survey has been previously been predictive of subscriber trends. However, as my Foolish colleague Rick Munarriz points out, Power was off the mark last quarter; Netflix domestic subscriber growth blew past his estimates.

What should investors believe?

Of course, this is all fun with numbers, and no one will know for sure how many subscribers the streaming giant has added until it reports results on April 17. Netflix has displayed the uncanny ability to consistently underpromise and overdeliver regarding subscriber additions. Though not perfect, it has exhibited a remarkable track record and the stock often reacts based on the number of subscribers.

Investors should take the long view and try not to get too caught up in the quarter-to-quarter changes, as Netflix itself is playing the long game. I believe in the company and it is my largest stock holding. Hit shows and subscriber gains will fluctuate. By investing heavily now in its international operations, the company hopes to reinforce its global leadership in streaming video and reap the benefits for years to come.