Fourth-quarter earnings came in strong, and Fred's continues to strengthen its board of directors and make progress on acquiring hundreds of Rite Aid stores.

Shares of Fred's, Inc. (FRED) have soared today, up by 12% as of 1 p.m. EDT, after the company reported better-than-expected fourth-quarter earnings. 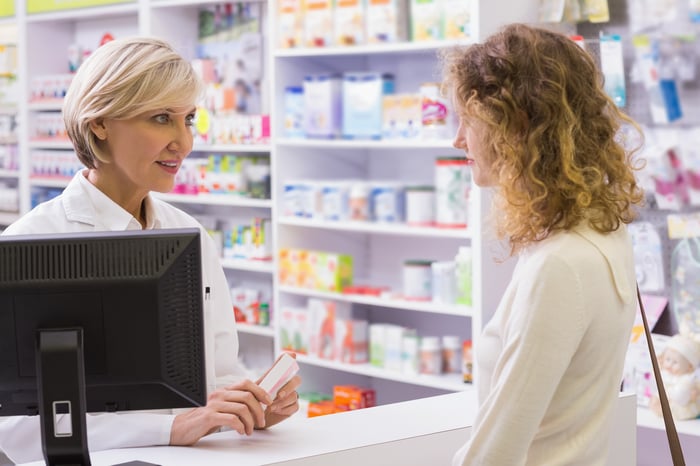 The company said in December that it would acquire 865 Rite Aid locations for $950 million, which will make Fred's Pharmacy the third-largest drugstore chain in the U.S. if it is approved by regulators. Walgreens Boots Alliance is in the process of acquiring Rite Aid, but Rite Aid must divest some assets to get regulatory blessing. Fred's is willing to purchase additional assets, including up to 1,200 Rite Aid stores.

Fred's also separately announced that it has appointed Linda Longo-Kazanova to its board of directors, effective immediately. She has 16 years of experience as a chief HR officer, most recently at Keurig Green Mountain. Fred's said last month that it was shaking up its board and working with an executive search firm to strengthen it by adding "world-class, highly qualified and experienced directors."