Please ensure Javascript is enabled for purposes of website accessibility
Log In Help Join The Motley Fool
Free Article Join Over 1 Million Premium Members And Get More In-Depth Stock Guidance and Research
By Brian Stoffel - Apr 7, 2017 at 7:58AM

Could this huge dividend yield be too good to be true? Maybe not.

Telecoms are usually bastions of safety in an otherwise uncertain and volatile market. Because it costs a king's ransom to set up the infrastructure to connect a country, there are enormously high barriers to entry for upstarts. And the reliability of monthly subscription payments allows telecoms to spit off cash in the form of dividend payments that retirees love.

At least that's how it's worked in the past. These days, with the advent of the Age of the Internet, old paradigms are shifting. Today's battle between CenturyLink (LUMN 2.92%) and Sprint (S) shows just how crazy things have gotten: the former is smaller, but offers an eye-popping 9% dividend, while the latter is much larger, and offers nothing in terms of payouts. 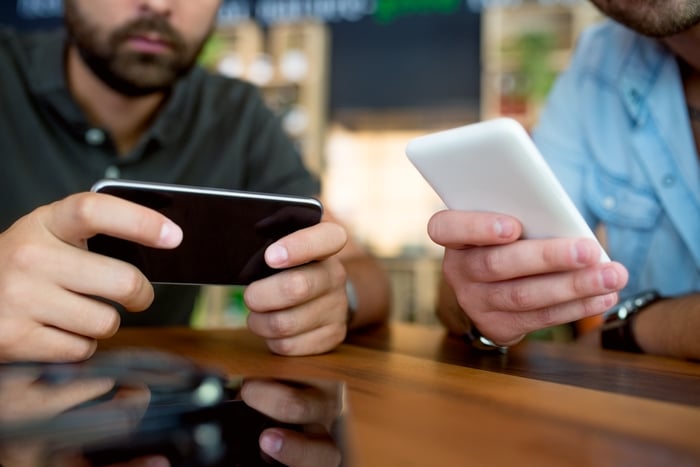 So which is the better buy at today's prices? That's impossible to answer with 100% certainty, but there are three crucial lenses through which we can view the question to help us get more comfortable in choosing one over the other.

As I mentioned above, the most important sustainable competitive advantage -- often referred to as a "moat" -- that telecoms have had in the past is a high barrier to entry. But in this case, we're comparing two companies that have both established themselves as $10 billion-plus companies. Therefore, it's not much of a differentiator.

Instead, CenturyLink's moat is provided more by the fact that it's diversified its offerings. Following the pending merger of the company and Level3 Communications (LVLT), CenturyLink will be one of the most important Internet providers in the country. Forays into cloud solutions could enhance this moat, but the bottom line is that the combined entity will have a fiber network that makes it a key gatekeeper in terms of access to the Internet.

Sprint, on the other hand, remains mostly focused on wireless telephony. And though the company has started to turn a corner recently -- showing impressive gains in its post-paid additions -- the long-term trend has not treated Sprint kindly. According to Statista, the company has shrunk from an 18% market share back in 2013 to just 14% today.

While neither of these companies has an impressively wide moat, I have to give the nod here to CenturyLink.

Because of the enormous upfront costs associated with running a telecom, there needs to be a level of restraint. While we'd all love to see cash being returned to shareholders hand over fist, telecoms need to balance their debt loads with a war chest that can help them weather an economic downturn.

Unfortunately, I don't think either company has a very strong balance sheet.

Sprint, on the other hand, has a much more comfortable cash stash, but it's actually losing money -- both on a free cash flow (FCF) and income basis.

In the end, Sprint gets the upper hand, thanks to the 80% stake that Japanese firm SoftBank has in the company -- giving Sprint a backer that has the means and incentive to inject cash, if need be.

On this metric, we have a pretty easy winner. While some fret that CenturyLink is paying out over 100% of its earnings in the form of a dividend, we really should be looking at its FCF. That's because it's a more accurate barometer of how much money the company is putting in its pocket at the end of each year, and is much less susceptible to accounting gimmicks.

So there you have it, CenturyLink is the better bet today. The company's position in providing internet connectivity through its fiber network, the possibility for synergies with Level3, and its very appealing dividend and price tag, make it superior to Sprint.