Investors can thank J.P. Morgan for the gains. This morning, an analyst at J.P. Morgan upgraded Diana Shipping shares from neutral to overweight, and assigned the stock an $8 price target.

Priced now at $5.90 per share, Diana Shipping stock has already more than doubled over the past year. But as reported on TheFly.com earlier today, J.P. Morgan thinks the stock has "plenty of runway" to score more gains in the year ahead. 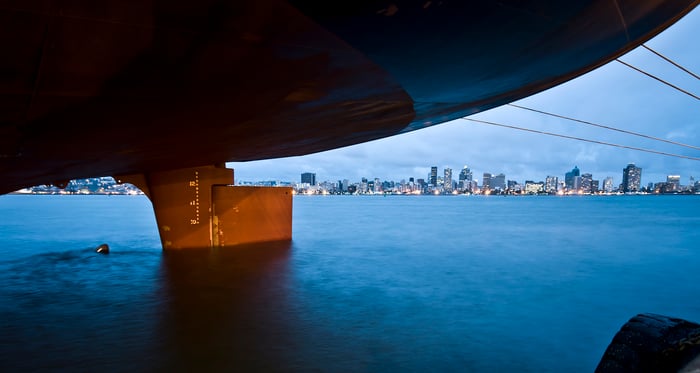 This is because, says the analyst, the recovery in pricing for dry bulk shippers "is real and can be sustained for some time."

J.P. Morgan's commentary, by the way, echoes similar sentiment from Morgan Stanley voiced late last month. At the time, Morgan Stanley argued that the dry bulk market had "passed through its cyclical lows" and was now firmly on an uptrend. That news sent shares of Diana Shipping -- and also rival dry bulk shippers such as Star Bulk Carriers (SBLK 5.49%) -- flying last month, and in the echo chamber that is Wall Street, the same thing is happening today. In addition to upgrading Diana, J.P. Morgan also predicted today that Star Bulk Carriers stock will rise to twice its previous price target -- all the way to $20 a share -- and Star Bulk stock is up 3% in response.

Don't be surprised if we soon add other dry bulk names to that list of quick gainers -- and more names to Wall Street's buy list as well.