Please ensure Javascript is enabled for purposes of website accessibility
Log In Help Join The Motley Fool
Free Article Join Over 1 Million Premium Members And Get More In-Depth Stock Guidance and Research
By Rich Duprey, Steve Symington, and Timothy Green - Apr 10, 2017 at 8:31AM

It's a hot stock in a hot sector, but investors ought to stop and think about some things before buying this chipmaker.

The depth and breadth of NVIDIA's (NVDA 5.55%) portfolio has given it a huge competitive advantage over rivals such as Intel (INTC 3.21%) and Advanced Micro Devices (AMD 5.64%), not just in its leading GPU segment, but also as its chips enjoy rapid adoption in artificial intelligence, the cloud, and even self-driving vehicles.

Because of its pervasiveness, we've asked three top Motley Fool contributors to weigh in on what investors might want to think about before buying NVIDIA stock. Read on to discover why its price, its competition, and underestimating its potential can lead you to shortchange yourself are three noodle points to factor in. 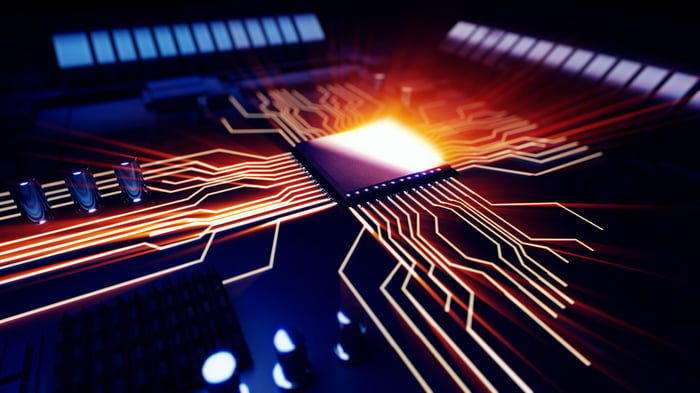 Tim Green (a high price): There is no company with a better set of buzzwords than graphics-chip developer NVIDIA. Virtual reality? Check. Deep learning? Check. Artificial intelligence? Check. Self-driving cars? Check. All of these represent opportunities for NVIDIA on top of its core gaming business, which has been booming in recent years. But the price of the stock is now so high that there's little room for things to go wrong.

NVIDIA's market capitalization is now roughly $60 billion, 8.7 times sales and 36 times earnings. To be fair, NVIDIA's revenue and earnings exploded last year, but that growth was mostly driven by gaming. With competition from Advanced Micro Devices in the form of its high-end Vega graphics cards coming this year, a more sluggish 2017 seems likely.

NVIDIA's growth opportunities are vast, but they are just that -- opportunities. When investors begin paying a price that assumes that those opportunities will turn into realities, anything short of complete success becomes a problem for the stock. Will NVIDIA's solution for self-driving cars become the standard? Maybe. Will graphics cards continue to be the go-to for accelerating deep-learning workloads? Perhaps. In the best-case scenario, NVIDIA could end up being worth far more in the future. But there are also a lot of scenarios that will lead to poor results for investors. That's something to think about before you jump in.

Rich Duprey (competitive threats): NVIDIA has its fingers in a lot of pies, not only in the gaming market it dominates, but also in the Internet of Things, virtual reality, artificial intelligence, machine learning, and the auto market with self-driving cars. That means not only will it face traditional rivals Intel and Advanced Micro Devices, but it will also be squaring off against Qualcomm, ARM, and maybe even the likes of Google, which built its own Tensor Processing Unit.

Moreover, established rivals will feel threatened by NVIDIA's rising power and may join together to seek ways to thwart it. There are persistent rumors that Intel and AMD will enter into a licensing deal for graphics processing unit technology since Intel's partnership with NVIDIA expired at the end of March. As NVIDIA dives deeper into other territories, it might spawn other alliances in a bid to thwart it from gaining too much control over emerging technologies.

NVIDIA is clearly the front-runner in most of these categories and will probably remain so for some time to come, but when an investor is considering investing in a stock with such dominant characteristics, it's always good to remember that there's always someone trying to take down the leader and to consider who those challengers to the throne might be. NVIDIA is king now, but someone may try to play the part of usurper in the near future. 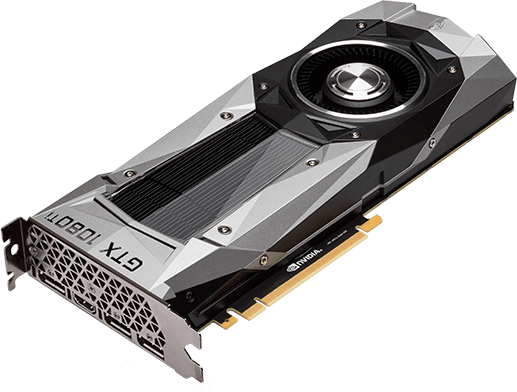 A winner that will keep on winning?

Steve Symington (don't underestimate NVIDIA): I know our chosen topic of discussion implies caution surrounding the decision to buy NVIDIA. But keep in mind that part of the reason shares have skyrocketed so much over the past couple of years is that Wall Street fundamentally underestimated NVIDIA's potential. So don't rule out further share-price appreciation when you're considering whether to buy.

NVIDIA stock popped nearly 30% in a single day this past November, for example, when its fiscal third-quarter 2017 results absolutely crushed analysts' expectations on both the top and bottom lines. It was only natural, then, that the stock deserved to trade at higher multiples as Wall Street readjusted its models.

More recently in February, however, shares ticked lower even as NVIDIA significantly exceeded its fiscal Q4 guidance -- revenue climbed 55% year over year, to $2.17 billion, and net income per share nearly tripled, to $0.99. But investors seem to be forgetting that NVIDIA's flagship GPU technology and deep-learning platform both play central roles in disrupting multiple high-growth, early-stage industries. And its results speak for themselves, as NVIDIA enjoyed double-digit percentage growth in four of its five reportable business platforms. Those included gaming (up 66%, to $1.348 billion), data center (up 205%, to $296 million), automotive (up 38%, to $128 million), and professional visualization (up 11%, to $225 million).

More than anything, the recent pause seems to be a byproduct of caution surrounding NVIDIA's incredible climb. But it's worth noting that shares trade below 30 times this year's expected earnings -- a reasonable premium given NVIDIA's outsize growth. As the company continues to foster both its core gaming and smaller segments alike, I wouldn't underestimate its ability to continue delivering market-beating returns for patient, long-term shareholders.