There's no doubt that the latest strategic focus of General Electric (NYSE:GE) is a risky bet, especially for a $260 billion company. While the plan to divest its financial business unit to focus solely on industrial services and manufacturing is already well under way, shareholders essentially have been forced to take a leap of faith with management. The early results indicate that investors aren't exactly full of confidence: The stock has lagged the S&P 500, both with and without dividends included, in the most recent one-year and three-year periods.

Despite the timid reaction from the market, I would be willing to believe in management's long-term vision for a company that focuses on building physical goods (with the help of the Industrial Internet, of course) rather than one wishing it were instead a mini-bank. That's why if I could buy only one stock, it would be General Electric. 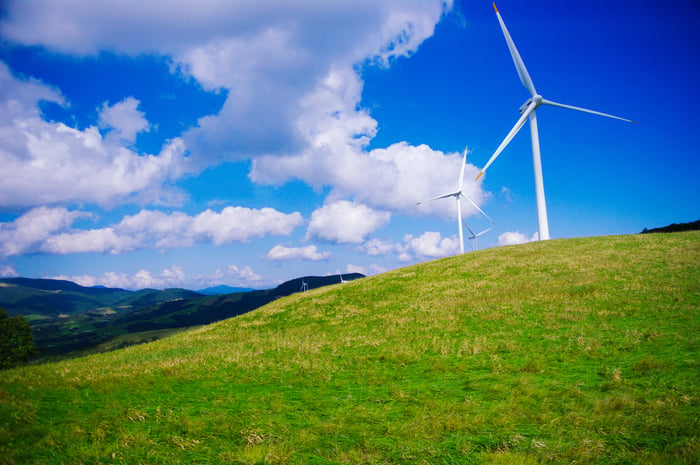 The bear case includes several solid arguments that are worth discussing. While the merger with Baker Hughes will have a positive impact on earnings growth in a stable oil and gas market, it increases General Electric's exposure to market volatility in downturns. It seems likely that oil and gas prices will play a critical role in determining whether or not the company reaches management's goal of striking $2 in EPS by 2018.

On a related note, there's quite a bit of ground to make up if shareholders are going to enjoy 2018 EPS of $2 in any scenario. General Electric reported full-year 2016 EPS of $1.49 (within guidance) and is calling for full-year 2017 EPS between $1.60 and $1.70. That means earnings will need to grow at least 17% between 2017 and 2018 to reach the ambitious goal. Share buybacks and reduced expenses from the Alstom acquisition will help, but it may not be enough.

That said, falling short of the 2018 EPS target wouldn't necessarily be a sign that anything is fundamentally flawed with the new digital industrial focus. That's especially true for investors taking the long-term view.

Why? It's important to remember that General Electric is pursuing a strategic shift to focus on becoming a digital industrial company -- not just a company that focuses on industrial offerings. It will take time to integrate GE Digital within each of the company's segments, but it's already off to a fast start after being created in late 2015. That's hardly surprising, considering it hired 22,000 software developers last year -- and expects to add another 35,000 this year. 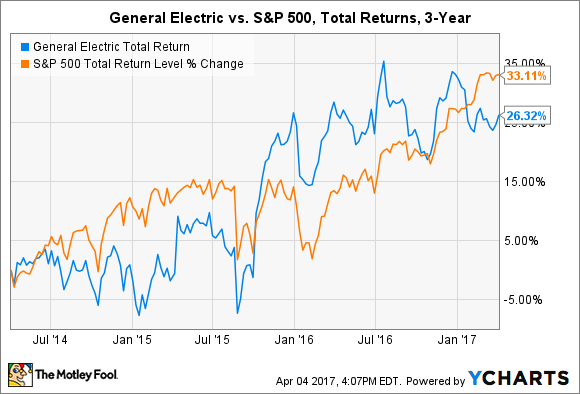 Management expects GE Digital software orders to grow 20% to 30% and eclipse $5 billion in revenue in 2017. The company's Industrial Internet operating platform, Predix, is expected to generate $1 billion in revenue this year after posting just $400 million in 2016. The nascent ecosystem powered $730 million in productivity gains for customers -- the company's internal metric for gauging progress -- and is expected to enable $3 billion in productivity by 2020.

Obviously, a measly $5 billion in annual revenue from GE Digital is a rather insignificant sliver of General Electric's $124 billion in companywide annual revenue. But I don't think analysts are fully appreciating the opportunities at hand or the growth trajectory of the unit.

Digital solutions and services can be offered to customers whether or not they use GE equipment. When they do, the company can bring them into the Digital Thread, where assets can be monitored at every stage of their lifecycle. From salespeople to engineers to factory workers to service techs, Predix can help avoid (or predict) unscheduled downtime in a power plant or optimize the production of oil and gas wells. It's also crucial to enabling Brilliant Factories, which slash costs and inventory while greatly increasing throughput.

As early growth -- powered by major Predix integrations with Exelon and BP -- indicates, GE Digital has the potential to grow into a significant portion of the company's revenue and earnings within the next 10 years. Wouldn't it be silly to have missed the opportunity because the company missed an ambitious and arbitrary EPS target in 2018?

Investors are well aware that the transition to a digital industrial-focused company will not be without growing pains and mistakes, or perhaps slower than expected growth as the pieces gradually fall into place. I have to admit it doesn't look likely that General Electric will hit its 2018 EPS target based on current indications. Then again, I'm not really focused on one or two years from now, but rather where the technology leader could be 10 years from now. Given the early success of the software business and Industrial Internet operating platform, I think investors should be encouraged by what they see. That's why if I could only buy one stock right now, this would be it.

If I Could Buy Only 1 Stock, This Would Be It @themotleyfool #stocks $GE $BP $BHI $EXC Next Article
Current