Please ensure Javascript is enabled for purposes of website accessibility
Log In Help Join The Motley Fool
Free Article Join Over 1 Million Premium Members And Get More In-Depth Stock Guidance and Research
By Dan Caplinger - Apr 12, 2017 at 10:25AM

Which tobacco stock should you consider right now?

Investors like tobacco stocks for the strong returns and plentiful dividend income that they provide to their shareholders. Both Philip Morris International (PM -0.23%) and Reynolds American (RAI) have enjoyed success lately, even though they focus on different markets. If you're looking to add some tobacco exposure to your investment portfolio, the big question is which of these two companies is the better addition right now. To evaluate Philip Morris International and Reynolds American, it makes sense to compare them on basic metrics to find which one performs better. 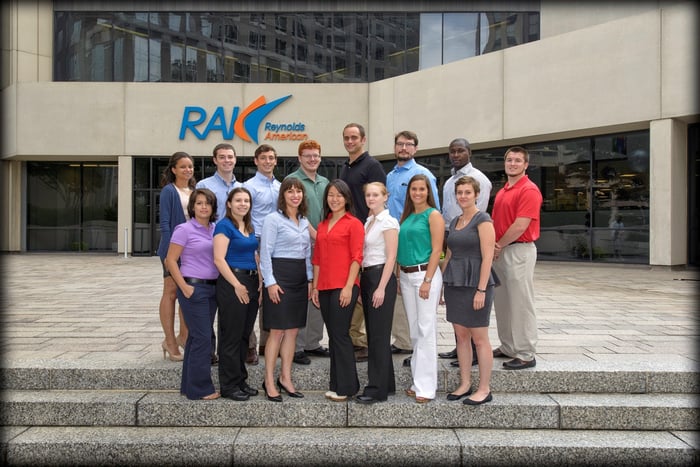 It's hard to complain about either of these two tobacco stocks in terms of dividends. Philip Morris International has a slight lead with a dividend yield of 3.7%, but Reynolds American isn't far behind at 3.2%. In addition, both companies have delivered long-term dividend growth to shareholders, with Reynolds American having tripled its quarterly payout in the past 10 years and Philip Morris having more than doubled its own dividend rate. Both sport consistent annual increases.

One challenge stems from the fact that Philip Morris has had to use almost all of its earnings to sustain its dividend growth lately. By contrast, Reynolds American has a more sustainable payout ratio, giving it more room to consider future boosts. Nevertheless, both stocks have pros and cons on the dividend front that make them roughly equally attractive.

Both Philip Morris and Reynolds American are going through major strategic shifts that could transform their respective businesses. For Philip Morris, the past quarter has awakened the traditional cigarette business, and the company produced sales growth of 9% as net income jumped by nearly two-fifths. Currency issues have continued to weigh on Philip Morris' bottom line, but the company has had huge success with its iQOS heat-not-burn tobacco technology. In fact, Philip Morris sees iQOS as just the beginning of a master plan that could eventually replace traditional cigarettes with reduced-risk products, and CEO Andre Calantzopoulos is extremely optimistic about the future prospects for the business worldwide.

Meanwhile, Reynolds American is moving forward with its merger with British American Tobacco, which already had a substantial minority stake in the U.S. tobacco company. For the most part, Reynolds doesn't see the BAT transaction affecting its U.S. operations to a large extent, as the two companies appear satisfied with the way that Reynolds American has used its past acquisition of Lorillard to foster growth in the U.S. market. Yet where the deal could provide a big boost is in the next-generation product arena, which is how Reynolds refers to e-cigarettes, vapor products, and other cigarette alternatives. Reynolds and BAT clearly see the competitive threat that Philip Morris poses, and they hope that by combining forces, their research and development teams can keep pace and strike out on their own with new initiatives.

Between these two tobacco stocks, Reynolds American appears to be the safer play right now, with less uncertainty about its future progress. However, for those who are willing to bet on transformative growth, Philip Morris could offer better prospects if things pan out well for the international tobacco giant down the road.