India will build 100 smart cities, and Cisco wants to be in each of them.

The Indian government is set to pour a lot of money into its Smart City vision as it wants to connect major metro cities to create an industrial corridor. As it turns out, Indian Prime Minister Narendra Modi has set an aggressive target of building 100 such cities in the next five years, having already allocated over $2.3 billion  to this project in the last two union budgets to help it get off the ground.

But this is just the tip of the iceberg. Deloitte sees an investment of $150 billion in the smart city project, as the government is expected to continue investing in this initiative along with foreign partners such as the U.S. and France. There is a lot of money to be made in this space, and Cisco (CSCO 1.55%) is one of the best ways to take advantage of this opportunity since it is going to provide the basic building block for India's smart cities. 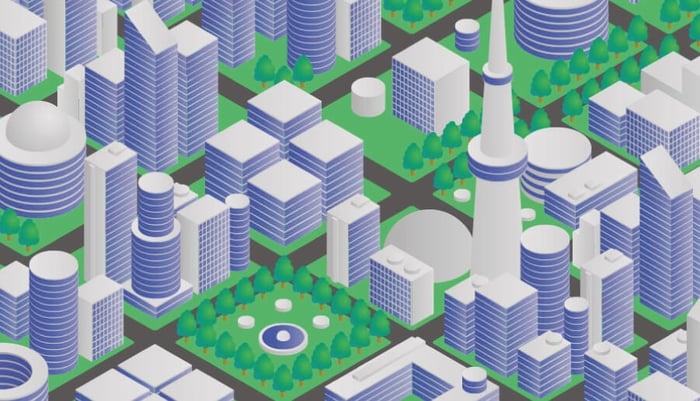 Cisco will win big from the smart city mission as it has already won 14 such projects, but it wants to get even bigger by landing all 100 contracts. In fact, the networking giant has signed two memorandums of understanding to provide Internet of Things services and other smart city solutions such as smart transport, smart parking, public Wi-Fi, and traffic analytics to India's first smart city project in the state of Gujarat.

What's more, Cisco is going to build the entire smart city framework in the city of Nagpur, including safety and surveillance solutions, waste management, smart lighting, and Wi-Fi hotspots, among others. In all, the networking equipment supplier will construct almost 750 miles of optical fiber network, 100 digital kiosks, 3,800 internet-enabled cameras for surveillance, and 136 Wi-Fi hot spots as a part of the deal.

The good news for investors is that the smart city initiative is already contributing to Cisco's business. Its revenue from India grew 41% in the year ended March 2016 to over $1 billion, while profit jumped four-fold. More importantly, Cisco still has a lot of room for growth over there as it is trying to land more smart-city projects by building local manufacturing infrastructure.

Local infrastructure will be the key to growth

The Indian government is offering incentives such as additional depreciation allowance and duty exemptions to multinational companies to start domestic manufacturing operations through its Make in India campaign.

Cisco is a part of this initiative after it decided to set up a manufacturing hub in the city of Pune last year with government help, signaling its strong commitment to the country's move toward digitization. In fact, the company has already rolled out its first India-made router and plans to manufacture its core switching products at the facility.

Cisco has made a really smart move by setting up a manufacturing facility in the country, since this could lead to more government partnerships. For instance, one of the state governments in the country will be using the networking giant's infrastructure to connect 29,000 rural areas to the internet by next year.

Not surprisingly, Cisco is putting almost $2 billion every year toward funding its research and development operations in India, and building a base of almost 30,000 employees. This should see it land more smart-city projects and government contracts, especially considering that the country will spend around $72 billion on IT infrastructure this year.

Meanwhile, public and private spending on internet-related infrastructure will increase as more smart-city projects take off, paving the way for Cisco to boost its business in the world's fastest-growing internet market.