Shares of casino operator Boyd Gaming Corporation (NYSE:BYD) received a nice bump in March, rising nearly 12% throughout the month, according to data from S&P Global Market Intelligence. This follows a rocky start to 2017 as the market initially reacted negatively to Boyd's 2016 earnings announced in mid-February.

For the full-year 2016 as reported in February, Boyd had total sales of $2.18 billion, down less than 1% year over year. Earnings per share for the year came in at $3.63, compared with $0.42 in 2015, which seems mostly due to the sale of the Borgata Hotel Casino in Atlantic City to MGM Resorts International in August 2016. These results seemed to slightly lag analyst expectations, and the market pushed the stock down nearly 8% over the following week.

Still, the stock rose in March, seemingly as the market showed positive signs of growth that could prove to be tailwinds for Boyd in 2017. 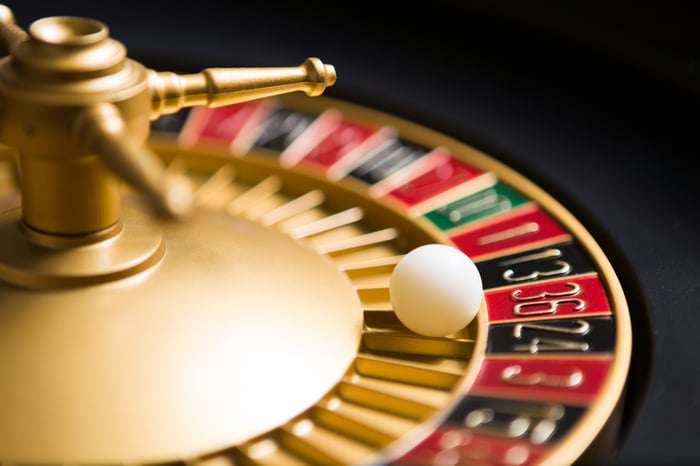 There are multiple reasons for the market's general bullishness on the U.S. gaming market lately: the new NHL and NFL teams designated for Las Vegas, a growing consumer confidence rating the U.S. -- its highest in 16 years -- and new higher-end resorts on the East Coast. Boyd itself has made some strategic acquisitions and investments recently in properties in Las Vegas and elsewhere, and believes that those will help lift adjusted EBITDA to the range of $585 million to $605 million in 2017. At the high end, that would be a 13% increase year-over-year.