This deal is just the latest success story for Boeing's P-8A Poseidon.

It's been nearly a year now since Boeing (BA -0.73%) Executive Vice President Leanne Caret laid out her new plan for Boeing's defense business. With fighter-jet sales on the wane, Boeing would shift its emphasis to servicing and upgrading fighters it had already built. New plane sales, on the other hand, would lean toward auxiliary aircraft such as KC-46 fuel tankers and P-8A Poseidon anti-submarine warfare jets.

Over the ensuing 10 months, of course, Boeing has notched a number of important victories that may spell a reprieve for its fighter jets business -- including the order for a round dozen F/A-18 Super Hornets and EA-18G Growlers the Pentagon placed just a few weeks ago.

But here's the really good news for Boeing: Whether or not those fighter-jet contracts keep coming, the company's auxiliary military aircraft business is flying high. 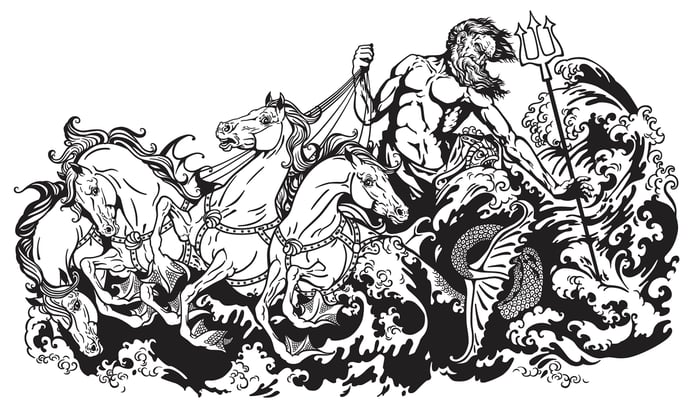 Boeing's Poseidon is king of the sea -- and king of sales. Image source: Getty Images.

Take last month, for instance. In its daily digest of contracts awarded, on March 30, 2017, the U.S. Pentagon announced that Boeing has won a massive $2.2 billion deal to sell 17 new P-8A Poseidon maritime surveillance aircraft. Of these, 11 will go to the U.S. Navy, and six more to foreign buyers.

With deliveries running through December 2020, this contract promises to add nearly $700 million to Boeing's annual revenue each and every year for the next three years. And that's not all.

Fact is, Boeing's Poseidons have been selling like proverbial hotcakes, with:

Meanwhile, the U.S. Navy continues buying these planes in batches. The other big order placed in 2014 was for 16 new P-8A Poseidons going to the Navy in a $2.1 billion contract. It's all part and parcel of a string of sales successes that have seen Boeing book no fewer than 55 orders for its new sub-hunter -- $12.8 billion worth of orders in all.

Although not all this Poseidon revenue will come in one year, the sum of all these contracts adds up to more than 13.5% of Boeing's annual sales -- a sizable pile of money, when you consider that less than one-third of Boeing's sales in any given year come from military aircraft.

Even more important, though, is the margins that Boeing earns on these sales. According to data from S&P Global Market Intelligence, Boeing sales of commercial aircraft average less than 4.8% in operating profit margin for the company. The only reason Boeing as a whole earns 7.2% operating profit margins, therefore, is the supersized margins it gets from the "defense, space, and security" wing of its business -- and in particular the company's military aircraft division, which builds the Poseidon.

There, profit margin runs in excess of 9.8% -- more than twice the margin Boeing earns on its civilian planes.

Should you buy Boeing stock?

Now what does all this mean to investors? With a P/E of 23.1, Boeing stock looks richly valued -- but only at first glance. I prefer to value the company not just on its GAAP "earnings," but also on its actual production of cash profits -- free cash flow. And from this perspective, Boeing stock still doesn't look overpriced to me.

While I admit to some concern about the high P/E and the also somewhat elevated P/S ratio at Boeing, when it's valued on free cash flow I still think there's a case to be made that Boeing stock is both cheap and "buyable" -- at least, as long as the Poseidon sales keep rolling in.