This fledgling public company is disrupting the stodgy field of accounting. If it succeeds, investors stand to reap the benefits.

One of the more challenging aspects of being an accountant is the boom-or-bust work cycles. Whether you work in a public accounting firm preparing tax returns or in the accounting department of a company in private industry, you've probably been subjected to the period-end close. This process involves a review and analysis of the transactions and accounting records to ensure that a company can produce accurate and timely financial statements. Ever-changing accounting regulations, increasing regulatory scrutiny, and a rush to meet deadlines result in a process that is fraught with the potential for errors and inefficiency, presenting an area ripe for disruption.

BlackLine, Inc. (BL -1.72%) is a software-as-a-service company that seeks to bring innovation to the field. It provides cloud services and software to automate a variety of accounting processes throughout the period and reduce the workload at the end. This includes a growing list of procedures such as reconciliations, inter-company transactions, and period-end close. BlackLine only went public late last year, so you wouldn't be alone if you hadn't heard of it. The company has exhibited some pretty impressive growth in its short public life, though, increasing revenue 47% year over year for 2016. 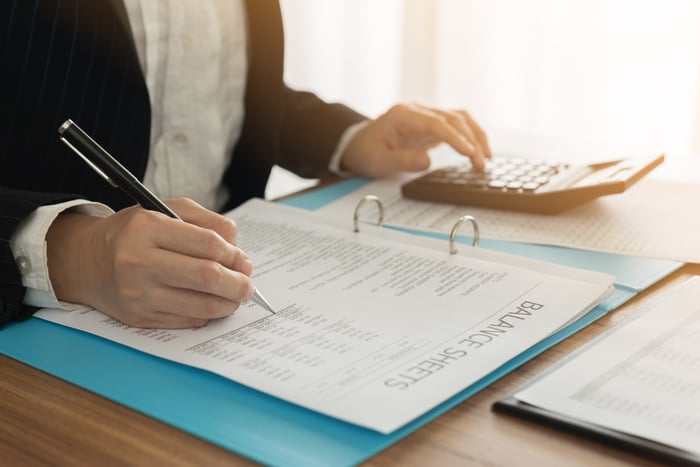 BlackLine believes it is in the first innings of a massive opportunity and estimates a total addressable market of approximately $17 billion. The company's target market includes 165,000 businesses with over $50 million in revenue, covering 13 million finance and accounting professionals. Compare that to its current base of 1,700 customers and 167,000 users, and the opportunity becomes apparent. BlackLine has ambitious growth plans and is pursuing a five-point strategy to achieve those goals.

BlackLine currently has customers in 120 countries and has recently been pursuing aggressive expansion plans in Europe, opening locations in France, Germany, and the Netherlands, which adds to its existing regional offices in the United Kingdom, Singapore, and Australia. BlackLine plans to continue its expansion into major markets in Europe, South America, and Asia, and its recent acquisition of Dutch company Runbook compliments those ambitions.

BlackLine has been extremely successful in not only retaining current customers, but increasing sales to them. The company reports revenue retention rates that are consistently in a range of 118% to 120%. This is accomplished by expanding the number of users at existing customers, selling them additional products, and cross-selling into related entities. This has resulted in strong growth from existing customers, with the average revenue per customer growing 37% annually over the last three years.

BlackLine has recently been focusing on rapid expansion of its mid-market sales team. The company sees an extensive opportunity for its services in companies with revenues between $50 million and $500 million. These companies are often experiencing dynamic growth that would benefit from automation. BlackLine notes that its cloud platform is scalable and can be implemented quickly, providing an appealing solution to companies that have yet to automate many of their accounting functions.

BlackLine is also making use of an extensive partnership network. These partners can provide additional and complementary services to BlackLine's offerings and cover a wide array of areas including consulting, business process outsourcing (BPO), enterprise resource planning (ERP), and channel partnerships. These partners in turn recommend BlackLine's solutions to their customers, creating a win-win for both.

People working in the area of accounting and finance are a conservative bunch and have historically been slow to adopt new technology. The result is an area ripe with opportunity for further automation. BlackLine is working closely with its existing customers to develop additional solutions based on feedback. The Intercompany Hub and Insights products are examples of products that resulted from customer need and suggestions. BlackLine plans to continue integrating customer feedback into future product releases.

BlackLine has a market cap of $1.6 billion and has only been a public company for two quarters, which should definitely be a consideration for investors interested in this company. The company reports a non-GAAP three-year compound annual growth rate of 48%, though it is not yet profitable, as it continues to invest to expand its business. Revenue for the most recent quarter grew 44% compared to the prior-year quarter, to $35.3 million, and its recurring revenue represented 95% of the total, which bodes well for future performance.

As an accountant, I know that accounting processes are an area ripe for innovation and disruption, which is at the heart of the opportunity for BlackLine. The company has put together a roadmap for growth, and if it continues to be successful in its execution of those plans, investors will ultimately benefit.