Please ensure Javascript is enabled for purposes of website accessibility
Log In Help Join The Motley Fool
Free Article Join Over 1 Million Premium Members And Get More In-Depth Stock Guidance and Research
By Danny Vena - Apr 17, 2017 at 9:41AM

Hasbro has ambitions to build its own cinematic universe, hoping to strike gold with decades-old animated characters. Sound familiar?

Investors in Hasbro, Inc. (HAS -0.65%) have been well rewarded over the last several years. The stock has risen more than 70% since 2014 and shows no signs of slowing. The company's recent strategic win in acquiring The Walt Disney Company's (DIS 1.84%) Princess and Frozen lines and its ongoing license to produce toys related to Disney's Marvel and Star Wars franchises seem to position the company for continued growth.

Hasbro realized years before that the toys children wanted most were those with a connection to movies and TV shows and that they responded to characters and stories, as opposed to just toys. The company's Transformers, a group of robots that could reconfigure into vehicles and back to robots, continued to resonate with kids even though the TV show had ended decades earlier. This led to the 2007 box office hit Transformers, which the company parlayed into a successful franchise that has generated more than $3.7 billion in worldwide box office and sold untold numbers of related toys and merchandise. The fifth installment, Transformers: The Last Knight hits theaters in June. 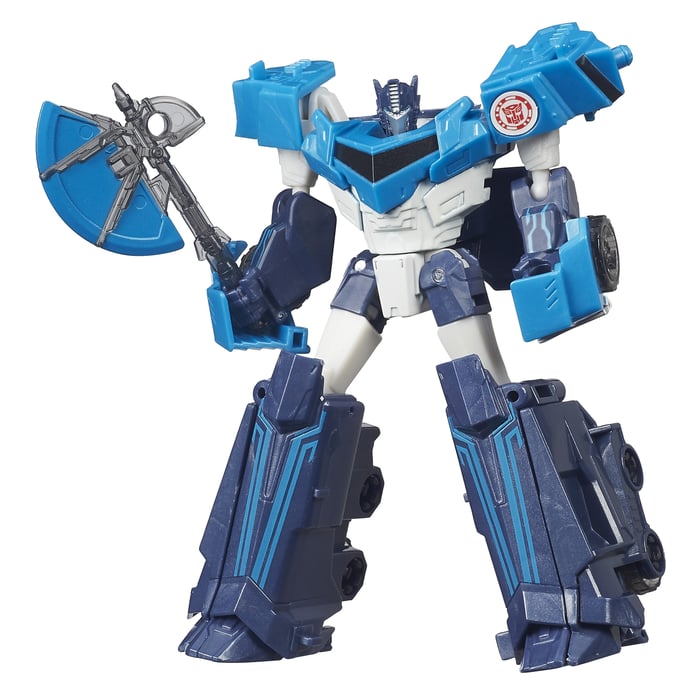 Hasbro wants to take a page from Disney's extremely successful playbook and use its vast store of intellectual property to create an interconnected movie universe, similar to what the House of Mouse has done with characters from the Marvel Cinematic Universe (MCU), like Iron Man and Captain America. The 14 movies in the Marvel canon to date have generated nearly $11 billion in worldwide box office and are the gold standard for such endeavors. Hasbro's version will kick off with a reboot of the company's moderately successful G.I. Joe, with the company taking "a more millennial approach" to the iconic character. If the reboot is successful (and that's a big if) Hasbro will begin to integrate movies based on a number of its nostalgic '80s toy favorites including Micronauts, ROM, Visionaries, and Mobile Armored Strike Kommand (M.A.S.K.).

Part of what made Marvel's efforts so successful was respect for the underlying characters. In decades past, movies based on comic book characters had been low-budget fodder characterized by thin plot lines, empty dialogue, and poor acting. Marvel took a fresh approach by using proven actors and A-list directors, while providing punchy dialogue and relatable characters. Hasbro followed a similar path with its Transformers success, relying on bankable Hollywood director Michael Bay, who was known for his work directing such blockbusters as Armageddon, Pearl Harbor, and The Rock.

In an attempt to recreate the success of its flagship franchise, Hasbro has assembled an impressive stable of award-winning writers to develop the scripts for its new venture. Akiva Goldsman, the Academy Award-winning author of the screenplay for A Beautiful Mind, will oversee the writers and serve as executive producer on the films. Other noted writers include Michael Chabon, the Pulitzer Prize-winning author of The Amazing Adventures of Kavalier & Clay; Image Award-winning author Cheo Coker of Southland fame and showrunner of Marvel's Luke Cage on Netflix; Nicole Perlman, who won multiple awards as co-writer of Guardians of the Galaxy and is penning the upcoming Captain Marvel; and Brian K. Vaughn, Hugo Award-winning author of Saga, who has also won multiple Eisner awards. 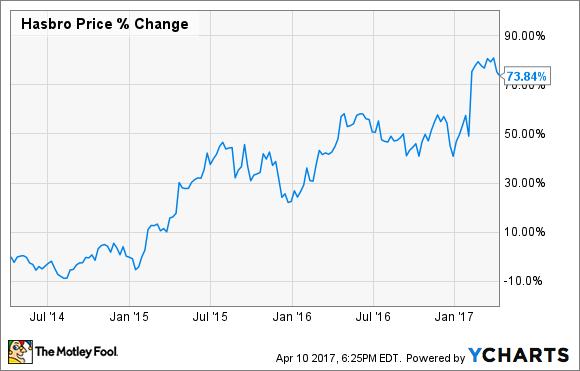 Creating a cinematic universe is fraught with peril, as other would-be universe builders have discovered. Time Warner Inc.'s (TWX) Warner Bros. Studios is several entries into its DC Comics Extended Universe (DCEU) effort, and while its movies have achieved box office success, they have been the subject of harsh reviews and rumors of behind-the-scenes drama. There was talk of a Ghostbusters effort, and another involving classic monsters starting with The Mummy. Marvel made it look easy, first building each character with its own solo effort, maximizing the use of the mid- and end-of-credits sequences to tease characters and connections, and finally building to the climax of an imminent threat that would bring the heroes together.

Little is yet known about how Hasbro plans to proceed with universe building, other than the products they plan to include. Can a handful of cartoon characters be built into a franchise deserving of the title "Cinematic Universe"? Fortunately, Hasbro doesn't need to achieve the level of success exhibited by Marvel for its efforts to bear fruit. It may look like a long shot, but nobody could have predicted the success that Marvel achieved with what many saw as B-list heroes.