Please ensure Javascript is enabled for purposes of website accessibility
Log In Help Join The Motley Fool
Free Article Join Over 1 Million Premium Members And Get More In-Depth Stock Guidance and Research
By Danny Vena - Feb 13, 2020 at 10:41AM

In spite of numerous headwinds, the toymaker pulled out a last-minute win on its fourth-quarter earnings.

Things didn't look very promising going into Hasbro's (HAS -1.06%) fourth quarter. The on-again, off-again trade tariffs disrupted inventory purchases leading up to the all-important holiday shopping season, as major retailers sought to cancel or delay orders to avoid the levies. With a whopping 85% of its toys manufactured in China, Hasbro was at the mercy of the U.S.-China trade war. Luckily, things turned out better than many expected.

In its earnings release this week, Hasbro reported net revenue of $1.43 billion, up 3% year over year. Adjusted net income was $164.8 million, resulting in earnings per diluted share of $1.24, excluding a one-time gain. In all, revenue was roughly in line with analysts' consensus estimates, while profits came in better than expected.

Let's look at three of the contributing factors that helped Hasbro beat the odds to close out 2019. 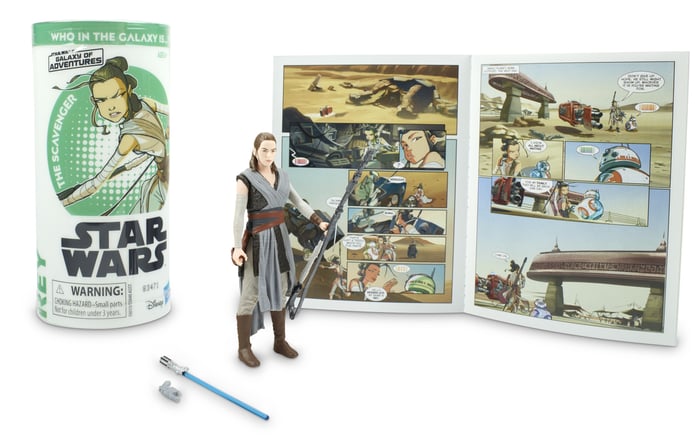 Hasbro's franchise brands segment, which includes My Little Pony, Baby Alive, and Nerf declined about 9% year over year to $662 million. At the same time, the gaming segment -- including last year's winners Pie Face and Speak Out -- also took a hit, down 8% to $246 million. Even emerging brands like Power Rangers and Littlest Pet Shop suffered, declining 7% to $111 million.

Just when all seemed lost, it was Disney (DIS -0.68%) to the rescue, as partner brands soared 50% year over year to $409 million, with a heroic contribution from Marvel's Avengers franchise, a little help from your friendly neighborhood Spider-Man, and impressive performances from Frozen 2 and Star Wars. Toys, games, and dolls representing each of Disney's latest blockbusters saw strong demand, helping Hasbro pull out the wind.

2. An intense focus on the bottom line

In the face of a tough situation, Hasbro had its sales team engaged with retailers to make the best of what they were dealt during the evolving trade war. Management made sure, however, to keep its focus on the bottom line. Selling, distribution, and administration expenses declined 33% to $289 million -- a savings of $145 million. It also dropped as a percentage of sales, to 20% from 31%.

This attention to reining in costs helped boost profits, turning around what could have been a disastrous quarter for Hasbro. Operating profit came in at $190 million, leading to net income of $267 million or $2.01 per diluted share. Adjusted net income (which excluded $102.5 million in after-tax net gains), clocked in at $165 million, or $1.24 per share, which easily surpassed expectations of $0.91 per share.

The $102.5 million in after-tax gains was the result of hedging of the British Pound, related to its acquisition of eOne, which closed early in the first quarter.

In the fourth quarter of last year, foreign currency exchange rates punished Hasbro to the tune of $35 million. The effect was even worse for the full year, lopping $43 million off its results. Going into the 2019 fourth quarter, Hasbro faced tough exchange rate headwinds, which had already dented revenue by $55.5 million. To close out 2019, however, Hasbro got a much-needed break. The negative effect of foreign exchange was only $13 million.

That wasn't the only good news. The long-awaited trade agreement between the U.S. and China was finally signed in early January, but enough progress was made to stave off a 10% tariff that would have hit certain toys in mid-December. Additional tariffs would have added insult to injury, making the situation much worse.