But the details left a lot of analysts wondering exactly what Honda is thinking with these products -- and whether Honda is already falling behind in the emerging race to bring electric cars to the mass market. 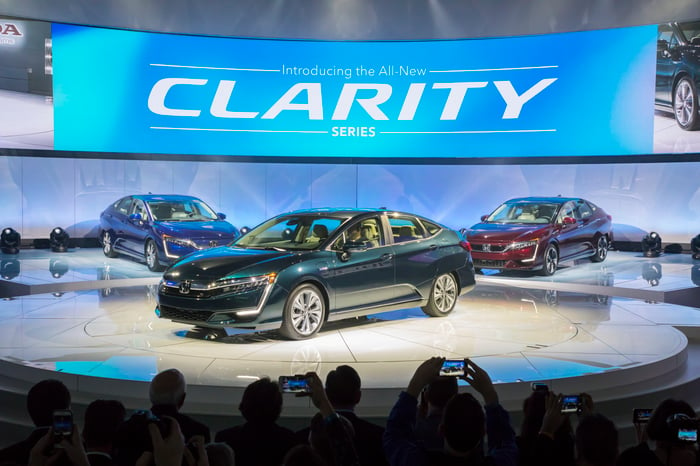 What Honda said about its new Clarity green-car models

All three Clarity variants share the same basic shape and features. They're four-door sedans about the size (inside and out) of Honda's popular and roomy Accord sedan. Like the Accord, the Clarity triplets look good inside, with crisp styling, comfortable seats, and sensibly laid-out controls. 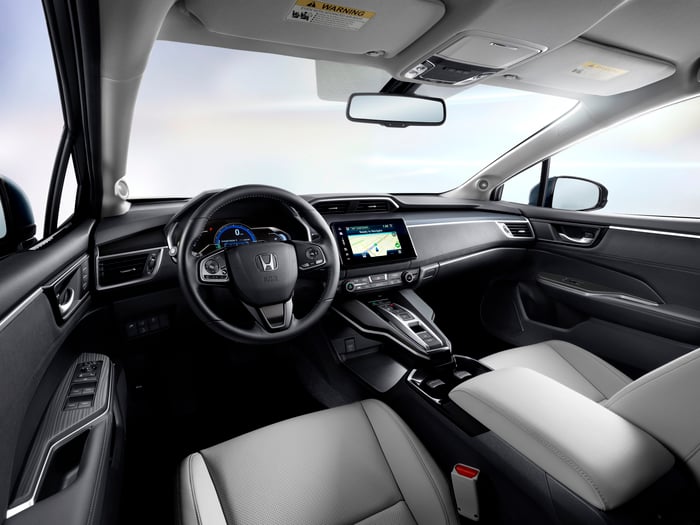 As with the other Clarity models, the interior of the Clarity Electric is typical of Honda. That's a good thing. Image source: Honda Motor Co., Ltd.

But unlike the handsome-if-generic Accord, the Claritys' exterior styling is best described as...quirky. Honda said the Claritys' lines were optimized for low aerodynamic resistance, but they also seem to have been calculated to make the 3 Clarity models stand out from more mainstream vehicles.

The Clarity Plug-in Hybrid combines a 1.5 liter gasoline four-cylinder with a 181-horsepower electric motor and a 17 kilowatt-hour battery pack. Honda expects it to earn an EPA miles-per-gallon-equivalent rating of 105, with a respectable electric-only driving range of 42 miles.

The Clarity Electric has a 161-horsepower electric motor powered by a 25.5 kilowatt-hour battery pack. Honda says it can be fully recharged in just over three hours with a 240-volt charger, and it can get to 80% charge in 30 minutes with a DC Fast charger.

The Clarity Electric will launch in select U.S. markets later this year, while the Clarity Plug-in Hybrid will launch in 2018. Honda is targeting sales of 75,000 Claritys (of all types) in the U.S. over the next four years.

What is Honda thinking with the Clarity Electric's tiny range?

The biggest question on everyone's minds had to do with the Clarity Electric and its tiny 25.5 kilowatt-hour battery pack, which is expected to earn an EPA range rating of just 80 miles. That's a very short range for a car with a price tag that's expected to be around $35,000.

The bar for mass-market electric vehicles was raised a long way last year with the debut of General Motors' (GM -0.89%) Chevrolet Bolt EV. The Bolt offers an EPA-rated range of 238 miles -- for about the same price Honda is expected to ask for its Clarity Electric. 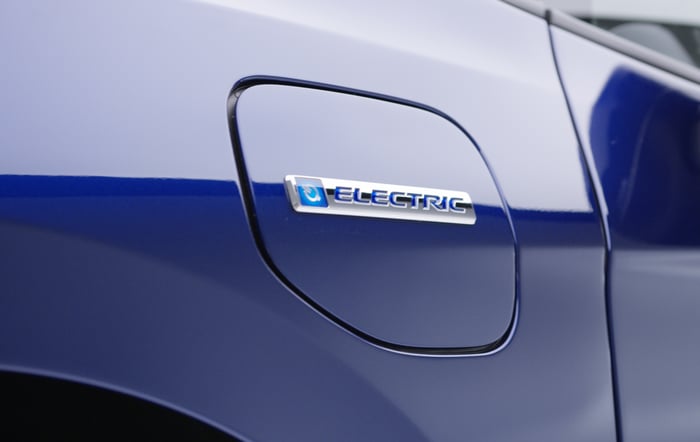 The Clarity Electric is expected to have a range of just 80 miles. Image source: Honda Motor Co., Ltd.

Honda executives in New York argued that the Clarity Electric should have a somewhat higher price because it's a larger vehicle. The Bolt is a small crossover, while the Clarity Electric is a midsize sedan. But that's weak sauce: Plain and simple, Honda's electric car is coming out of the gate a couple of big steps behind the competition. (Just wait until Tesla launches its Model 3.)

Frankly, the Clarity Electric's range is an embarrassment for Honda. It suggests that the proud Japanese automaker has fallen behind on this important emerging technology.

Honda's goal of 75,000 sales over four years for all Clarity models combined is pretty modest. It should be able to make that number on the Clarity Plug-in Hybrid alone. At least on paper, the Plug-in Hybrid is a competitive offering -- though its toughest competition may turn out to be another Honda, the Accord Hybrid.

I certainly don't see the Clarity Electric or Clarity Fuel Cell generating more than a handful of sales over the next four years -- at least, not without some big price cuts, a range upgrade for the Electric, or both.