These cash-burning businesses will burn you, too, if you don't keep your distance.

There's nothing worse for your portfolio than betting on a stock that proceeds to collapse in value. Avoiding the wrong stocks is just as important to your long-term results as choosing the right stocks. Mistakes are inevitable, but big mistakes can be sidestepped by steering clear of the kind of hyped-up stocks that more often than not lead to disaster.

A camera company with a big problem

Snap Inc.'s nearly $24 billion valuation is based purely on hope. The company, known for its popular app Snapchat, generated just $404 million of revenue in 2016 while posting a net loss of $514 million. There were signs in Snap's IPO prospectus that user growth was slowing down, making it even harder to believe that the company can possibly produce the kind of growth necessary to justify its lofty price tag. 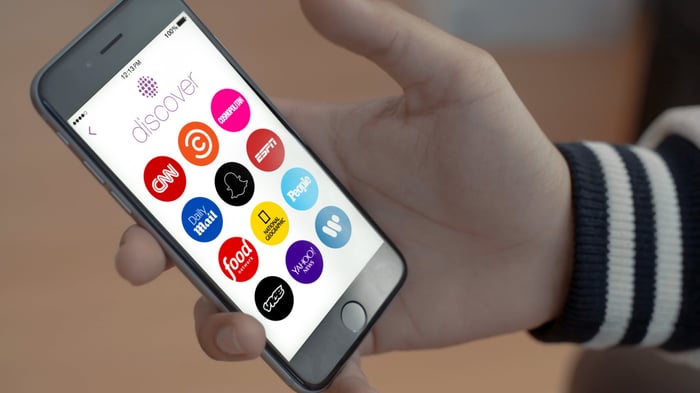 Snap's first earnings report as a public company, scheduled for May 10, will give investors their first glimpse of its post-IPO growth. With a clone of Snapchat becoming more popular that Snapchat itself, the company faces the difficult task of convincing investors that any of this makes sense. If user growth or revenue growth comes in below expectations, expect a bloodbath.

A music streamer with exploding losses

Pandora, the leading internet radio company, has been around for 17 years. Despite having 81 million active listeners and being a wildly popular service, Pandora has never turned a profit. Worse, those losses have been exploding in recent years. The company posted a net loss of $343 million in 2016 on $1.39 billion of revenue, its biggest annual loss ever.

The fundamental problem with Pandora, and every music streaming company, is that royalties eat up a massive percentage of revenue. Content acquisition costs totaled $734.4 million for Pandora last year, 53% of total revenue and up 20% compared to 2015. Revenue, meanwhile, only grew by 18.9%. Combine that with a 23.4% increase in sales and marketing costs, and you have a recipe for exploding losses.

Pandora is now reportedly talking with record labels seeking better terms and direct investment, with a possible capital raise from a private equity firm also on the table. Pandora doesn't appear to have any real leverage in these negotiations with record labels, so it's unclear why any of them would agree to better terms. Music streaming has been a disruptive technology, and Pandora was one of the first movers. But given it's still unable to turn a profit nearly two decades in, it's getting harder to imagine Pandora succeeding in the long run.

There are few large online retailers growing faster than Wayfair. The online furniture seller produced $3.4 billion of revenue in 2016, up an impressive 50% compared to 2015. The number of active customers surged 54%, and repeat customers are placing an increasing percentage of Wayfair's total orders.

Wayfair carries essentially no inventory. Instead, orders are shipped directly from manufacturers. This frees Wayfair from having capital tied up in inventory, but the downside is that the company can only manage meager gross margin: GAAP gross margin was just 23.9% during 2016, leaving very little left over for all other costs.

Of those other costs, advertising is the biggest, eating up 12.1% of revenue and 50.6% of gross profit in 2016. High advertising spending makes Wayfair perennially unprofitable, with the company posting a $194 million net loss in 2016. With so much being spent to spur low-margin sales, Wayfair will need to become much larger in order to have any chance at turning a profit.

The path to profitability becomes more harrowing once the competition, including Amazon.com, is considered. Advertising costs need to come down as a percentage of revenue, but it's unclear whether that will ever happen given the competitiveness of online retail. The market isn't all that optimistic on Wayfair, valuing the company at around its annual sales total despite its rapid growth. But that may not be pessimistic enough if Wayfair can't move the bottom line in the right direction.