Please ensure Javascript is enabled for purposes of website accessibility
Log In Help Join The Motley Fool
Free Article Join Over 1 Million Premium Members And Get More In-Depth Stock Guidance and Research
By Keith Speights - Apr 18, 2017 at 10:41AM

If you're looking for high-yield investments, you might want to consider the sector that accounts for nearly one-fifth of the nation's economy. I'm talking about healthcare, of course. 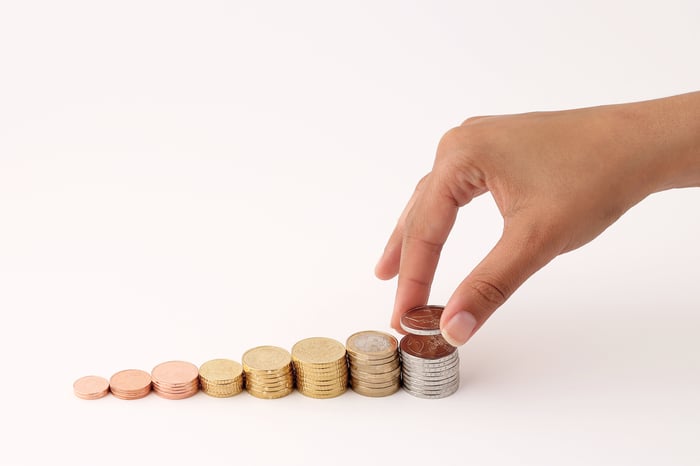 AbbVie's dividend currently yields 3.91%. What makes the biotech's dividend even more attractive is that AbbVie has increased its dividend by 60% since 2013, when it was spun off from parent Abbott Laboratories (ABT 3.05%). AbbVie uses around 63% of its earnings to pay out dividends, which leaves room for more increases in the future.

The company's earnings picture could improve quite a bit over the next few years. Sales for several of AbbVie's current products are growing. That's especially true for cancer drug Imbruvica, which saw sales more than double in 2016. AbbVie should also enjoy success with another cancer drug approved last year, Venclexta.

The biggest knock against AbbVie is that Humira could face heavier competition in the days ahead. One biosimilar to Humira has already won regulatory approval in the U.S. and Europe, although AbbVie is attempting to use the court system to fend off the rival in the U.S.

Pfizer isn't too far behind AbbVie, with a dividend yield of 3.75%. The big drugmaker's dividend has increased by 60% since 2011. Although Pfizer is currently paying out more in dividends than it's making in profit, that should change in the near future.

Thanks in part to several acquisitions, Pfizer looks to be in good shape for more growth in the future. The company's purchase of Anacor in 2016 has already resulted in an approved product, atopic dermatitis drug Eucrisa. Pfizer also bought Medivation last year, gaining prostate cancer drug Xtandi. The drugmaker's pipeline is loaded with promising candidates, including cancer drug avelumab, which recently won approval for its first indication.

The most significant headwind for Pfizer is declining sales for products that have either lost patent exclusivity or will soon do so. Fall revenue for blockbuster cholesterol drug Lipitor is especially problematic. However, Pfizer's newer drugs and growing sterile injectables businesses should continue to offset these sales decreases.

Novo Nordisk claims a nice dividend yield of 3.15%. The drugmaker's dividend seems likely to increase in the future, since Novo Nordisk currently uses just over 62% of earnings to fund its dividend program.

Novo Nordisk has high expectations for Xultophy, which is a once-daily single-injection combination of Tresiba and Victoza. The drugmaker awaits regulatory approval for two other diabetes treatments, fast-acting insulin aspart and semaglutide.

The company's hemophilia business hasn't performed all that well recently. However, Novo Nordisk could see better results with hemophilia drug N9-GP wins approval. Another hemophilia candidate, N8-GP, is in a late-stage clinical study. The company also faces pricing pressure in the U.S. for its diabetes and growth hormone products. Still, Wall Street analysts expect Novo Nordisk to grow earnings by an average annual rate of nearly 10% over the next few years.