So let's consider two of the leaders in the industry, American Water Works and California Water Service, to see which company affords investors the best choice in terms of getting their feet wet (or wetter) with a water utility investment. 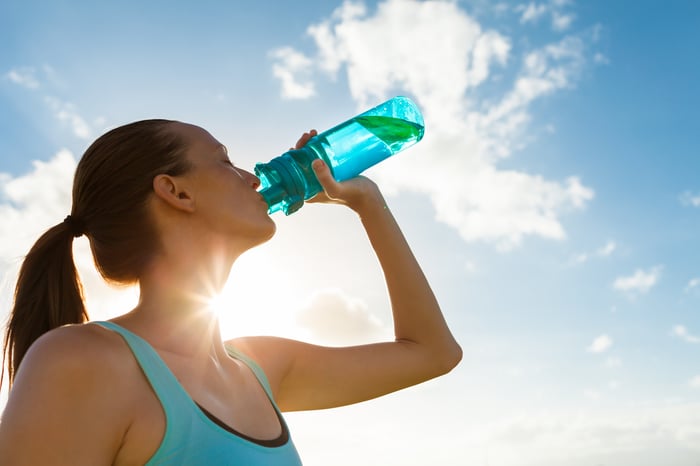 Dipping our toes in the water

Conversely, California Water Service is considerably younger; the holding company was only incorporated in 1999. The third-largest publicly traded water utility by market cap, California Water Service maintains a much smaller customer base: more than 510,000 customers in four states. In addition to California -- its primary source of business -- the company serves Hawaii, New Mexico, and Washington.

The most decisive factor in choosing an investment, however, is hardly which business has the most customers or operates in the most states, so let's dive in and compare the companies on some important metrics to gain better insight.

This brief look suggests American Water Works is the runaway winner. Its expansive geographic footprint affords it economies of scale that are clearly illustrated by its superior operating margin. Providing a superior return on equity over the past three years, American Water Works' outperformance of California Water Service in 2016 was clearly not an aberration. As savvy investors know, though, past performance does not guarantee future results, so let's take the plunge and examine these two companies even further.

Although American Water Works provides services to customers in 47 states, it's the 16 states in which the company conducts its regulated business where it makes its hay. This geographic diversity affords the company a significant competitive advantage, mitigating the risk associated with adverse local weather phenomena. California Water Service, on the other hand, is in a much more precarious position -- essentially levered to the state of California. 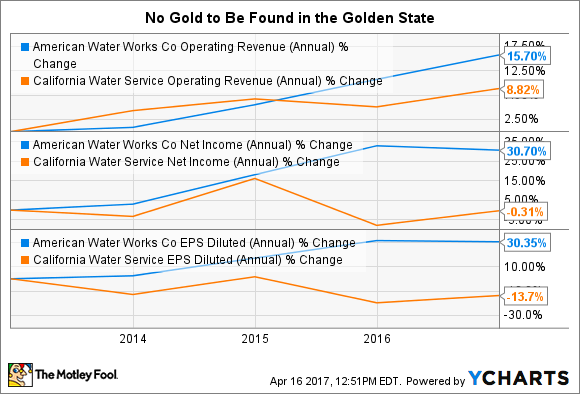 Reporting strong growth over the past five years is all well and good, but how about the future? American Water Works shows no signs of slowing down. Instead, it remains committed to further expanding its enterprise. In 2016, the company added 42,000 customers through acquisitions, and management reports that its pending acquisitions represent another 40,000 customers. By continually adding customers located in proximity to its established operations, American Water Works not only ensures top line growth, but it also affords the company the ability to further streamline its operations, bringing the increase in revenue down to the bottom line. How much, you ask? On its most-recent earnings call, management forecast a five-year EPS compound annual growth rate of 7% to 10%, anchored by EPS of $2.64 in fiscal 2015. 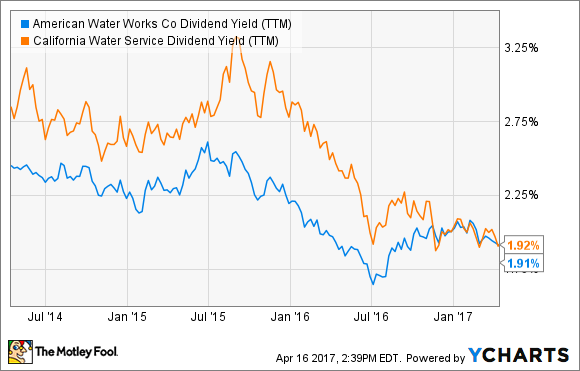 Lastly, a consideration of the companies' price tags represents the knockout punch. 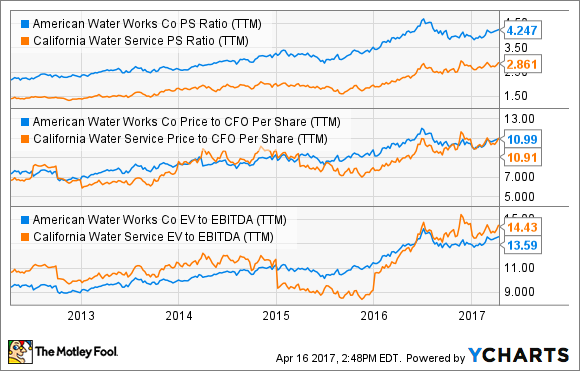 California Water Service may seem like a bargain in terms of American Water Works' sales multiple, but that's hardly sufficient cause; the two stocks essentially trade at the same valuation in terms of cash from operations per share. And in terms of enterprise value-to-EBITDA, California Water Service is more richly valued, which seems counterintuitive, since it doesn't seem to be holding some hidden value, and it doesn't seem poised to experience significant growth in the future.