Just because you can do something doesn't mean you should. Is a tie-up between Apple and Disney a real possibility or pure fantasy?

As one of the largest companies in the world, and with sales of its iconic iPhone slowing, Apple Inc. (AAPL -2.01%) is facing speculation about how it can continue to grow. CEO Tim Cook revealed during the January earnings conference call that the company has made 15 to 20 acquisitions annually the past four years and that he believes strategic value to be more important than size. He also noted that the company had its best quarter ever for services and that Apple's goal was to double that business over the next four years.

This outlook has led many to speculate that Apple is in the market to make a big media acquisition to achieve that ambitious goal. Add to that the company's record war chest of $246 billion, and analysts can dream big.

RBC Capital Markets analyst Amit Daryanani suggested last week that Apple should consider buying The Walt Disney Company (DIS -1.78%), noting a number of potential synergies in the matchup. Apple would immediately gain a foothold in the content market, based on Disney's treasure trove of intellectual property, and could immediately become a player in video streaming. It would also help Apple achieve its goal of doubling services revenue, while acquiring a brand as iconic as its own. 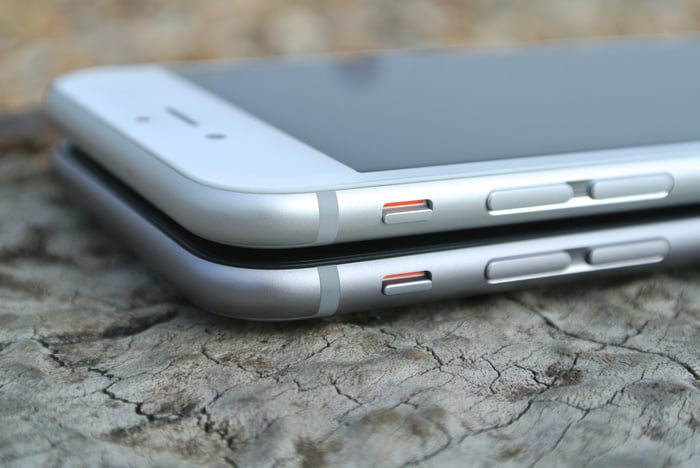 A deal like this would be predicated on a tax-repatriation holiday. At the moment, over 90% of Apple's cash is overseas, and the only way that will change is if there is a tax holiday, that allows management to bring it to the U.S. without writing a huge check to Uncle Sam. Rumors of such a deal have been coming out of the nation's capital for some time but have yet to materialize.

Consider also that Disney has a market cap of nearly $180 billion, and any acquisition would come at a significant premium over the company's current value. Factoring in a modest 32% premium would result in a deal valued at $237 billion, which would nearly deplete Apple's coffers.

Daryanani isn't the first to propose an Apple/Disney marriage. Margate Capital's Samantha Greenberg pointed out in January that Disney is the "last remaining publicly traded non-controlled content/IP company." She noted that Apple would benefit from exclusive content and make the company more immune to product release cycles.

Several other high-profile potential acquisitions have been suggested over the years. Streaming giant Netflix, Inc. (NFLX -2.12%) has been proposed as a way for Apple to jump-start its ambitions for growth in its services business. In 2016, Netflix generated $8.3 billion in global streaming revenue, and that number is only expected to grow as the company nears 100 million subscribers and continues its quest to penetrate its nascent international markets.

Electric-car maker Tesla, Inc. (TSLA -6.32%) has been a frequent recommendation among those suggesting a massive Apple acquisition, with some even suggesting Elon Musk as a replacement for Apple's Tim Cook. Rumors concerning Apple and a potential iCar have surfaced from time to time. Musk has confirmed that he has had conversations with Apple, though he has declined to confirm the content of those conversations. When Bloomberg asked if Tesla was for sale, he replied, "I think that's very unlikely, because we need to stay super focused on achieving, creating a compelling mass-market electric car." 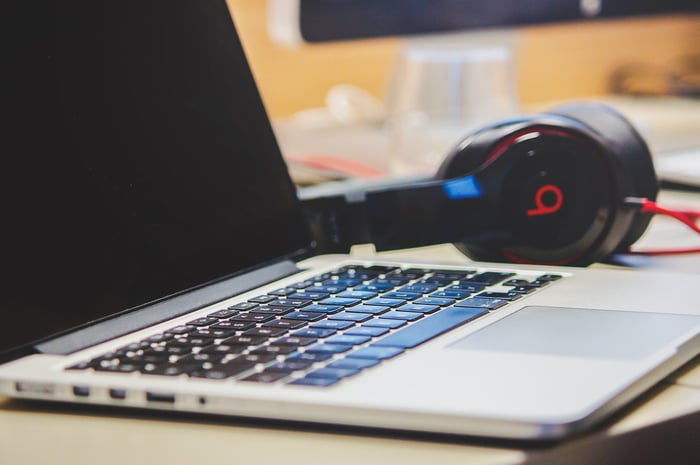 While analysts on Wall Street like to dream big, the likelihood that Apple will acquire Disney is small. Apple's head of content, Eddy Cue, downplayed the idea of a megamerger at Recode's Code Media conference in February. When asked about the possibility of such an acquisition, he said:

[T]o the extent if we wanted to do what everybody else is doing, then you're right, we might be better off buying somebody or doing that. But that's not what we're trying to do. We are trying to do something that's unique, takes advantage of our platforms, and that really brings culture to it.

While Apple makes numerous acquisitions every year, its largest to date has been Beats Music for $3 billion. That's a far cry from the $237 billion a potential marriage with Disney might entail. There are also many more ways for Apple to acquire content or beef up its service revenue without emptying its war chest. While it's true that anything is possible, that doesn't mean every idea makes sense.