Shares in Cliffs Natural Resources have tumbled, but optimism may return if Donald Trump follows through with plans to crimp foreign steel.

After its share price doubled in the wake of Donald Trump's victory in November, Cliffs Natural Resources(CLF -0.14%) has taken a drubbing over the past two months. Fear that tough talk on trade was fizzling and that Trump wouldn't be able to get his infrastructure spending program through Congress have been a big weight on the company's stock, but new chatter suggests that worry may have been overdone. If so, Cliffs Natural Resources shares could be a bargain.

Cliffs Natural Resources is the biggest supplier of iron ore pellets used by U.S. steelmakers to manufacture steel products, and because of cheap steel imports reducing U.S. steel production, the company's been fighting its way through the negative impact of lackluster demand. 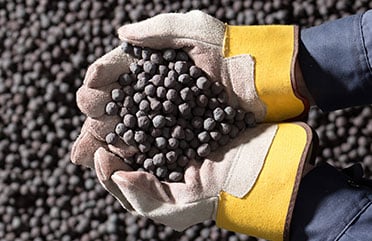 During his presidential campaign, Trump was an advocate for trade tariffs that could reduce the pricing advantage held by state-funded foreign steelmakers that are shipping their products into America. He also campaigned in favor of a massive $1 trillion infrastructure investment program to build and repair aging water systems, bridges, and ports.

His pro-U.S. steel stance was widely viewed as a boon to the industry when he was elected, so it's probably not surprising that Cliffs Natural Resources' shares soared after he won in November.

However, the failure to get his repeal-and-replace healthcare program enough votes to pass in the House of Representatives and a recent decision on steel tariffs on Korean exports that was more tepid than hoped have cast some doubt on whether Trump would be able to reignite demand for U.S.-made steel.

As a result, steel prices and iron ore commodity prices in the spot market peaked earlier this year, and have been retreating ever since. As those prices have fallen, so, too, have Cliffs Natural Resources' shares. 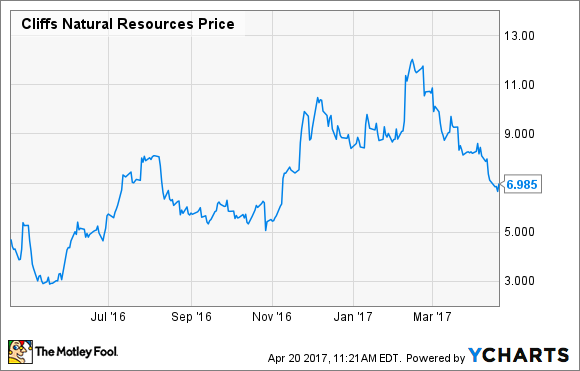 The sell-off has erased much of Cliffs Natural Resoures' gains since November, but it hasn't erased Trump's willingness to advocate for stricter steel import policies or the need to fix ailing infrastructure.

According to Reuters, Trump has asked officials to look into foreign steel prices' impact on U.S. national security. Reports suggest that Commerce Secretary Wilbur Ross gave the green light to this effort earlier this week and that Trump may sign a formal directive soon.

If a review by regulators determines that using foreign steel in the manufacturing of products used by our military is a threat to national security, strict restrictions could be put in place that would result in U.S. steel production growth correspondingly reigniting demand for iron ore pellets made by Cliffs Natural Resources.

Anything that increases U.S. steelmakers' demand for iron ore is good news for Cliffs Natural Resources, especially since the company is knee-deep in a restructuring that's cutting fixed costs and reducing debt.

In February, it updated investors on its progress, and by most measures, Cliffs Natural Resources is making headway. The company recorded a 53% increase in U.S. iron ore pellet volume in Q4 and that plus strong prices juiced revenue. Total debt fell to $2.2 billion from $2.7 billion at the end of 2015, and as a result, quarterly interest expense fell to $44 million in the quarter from over $50 million a year ago. Importantly, operating margin improved to 17.5% in Q4 from below 7% in Q3. Overall, $754 million in revenue and $0.34 in earnings per share outpaced industry watchers' forecasts. 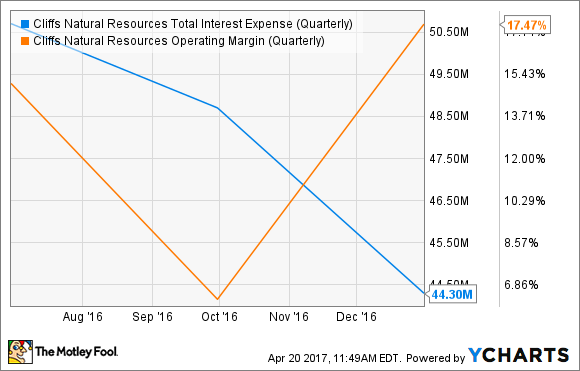 Of course, the direction of spot prices for iron ore is critical to Cliffs Natural Resources building momentum, and those prices can be -- and likely will be -- very volatile, depending on Trump. Nevertheless, Cliffs Natural Resources appears to be doing its part to put itself in the best possible position to benefit from a resurgence in U.S. steel demand, and for that reason, I think buying shares now on sale could be a savvy move.