Investors have been optimistic about Philip Morris International (PM -0.67%) lately, believing that the tobacco giant would be able to balance its hopes for a future in which reduced-risk products replace traditional cigarettes with the harsh reality of needing to rely on cigarette sales for years to come. The stock has reflected hopes that an end to the U.S. dollar's advance might finally let earnings grow more dependably, and coming into Thursday's first-quarter financial report, Philip Morris investors wanted further signs of solid performance on the top and bottom lines.

Unfortunately, Philip Morris wasn't able to give investors that level of reassurance, as cigarette shipments were unexpectedly weak. Despite promising signs about the company's long-term future, few shareholders were happy with Philip Morris' current situation. Let's look more closely at Philip Morris International to see how it did and why many are nervous about the tobacco giant. 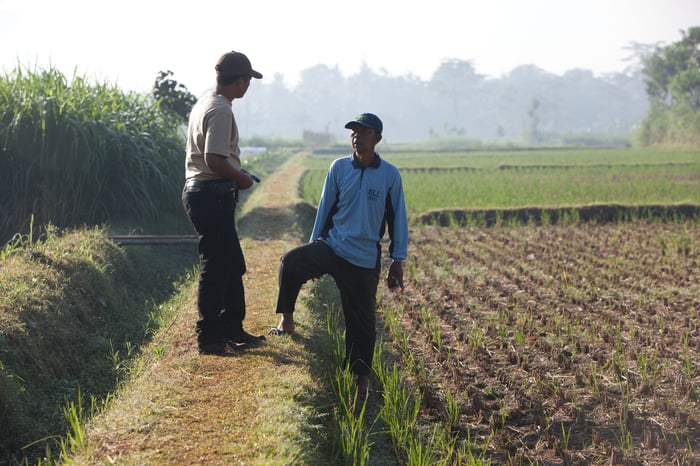 Philip Morris deals with a tough start to 2017

Philip Morris International's first-quarter results didn't inspire a huge amount of confidence among shareholders. Revenue net of excise tax was down a fraction of a percentage point to $6.06 billion, which was far worse than the roughly 6% growth in the top line that most investors were looking to see. Net income fared a bit better, climbing 4% to $1.59 billion. But after making allowances for some one-time tax items, adjusted earnings of $0.98 per share were flat from last year's first quarter and fell $0.04 per share short of the consensus forecast among those following the tobacco stock.

The scariest number in the whole report came from shipment volumes of traditional cigarettes. Philip Morris suffered an 11.5% decline in cigarette shipments to 173.6 billion units. The company saw huge drops across all of its major regions.

More broadly, weakness across Philip Morris' business was unusually uniform. Net revenue from combustible products dropped almost 7%, and all four of the company's geographical regions were within a few of percentage points of that figure. Asia fared the best with a 4% drop in revenue, maintaining its position as the largest sales producer among Philip Morris' four regions. Europe was unusually weak, with the Eastern Europe segment faring a bit worse than the European Union. Currency impacts also hit the company in Europe, even though it helped Philip Morris in Asia. Performance in Latin America and Canada was fairly close to the overall company total.

The best news in the quarterly release came on the reduced-risk product front. Revenue rose nearly eightfold to $435 million, with Asia dominating the scene and producing more than 90% of Philip Morris' overall reduced-risk sales. Sales volume of heated tobacco units was up almost tenfold to 4.4 billion units.

What's coming for Philip Morris down the road?

CEO Andre Calantzopoulos tried to put the company's weakness into a broader context. "Our results were in line with our previously communicated expectation of a relatively weak first quarter," Calantzopoulos said, because of "lower cigarette volume -- primarily related to low-price brands in specific markets where the impact on our profitability was limited -- and certain timing factors." The CEO also highlighted the success of the iQOS heated tobacco product, noting that 1.8 million consumers have made the switch away from regular cigarettes.

More importantly, Philip Morris doesn't see the quarter's weakness affecting its full-year results. In fact, the company actually increased its earnings projections for 2017, now expecting bottom-line figures between $4.84 and $4.99 per share. However, Philip Morris was careful to note that the upward movement was due solely to a tax-related item and not from fundamental business performance.

Philip Morris shareholders were nervous about the news, and that's a big part of why the stock fell nearly 4% during the trading session following the morning announcement. Philip Morris has the ability to bounce back from a sluggish quarter, and the disappearance of currency-related impacts to its bottom line was welcome. But to succeed, the tobacco giant can't afford to give up entirely on cigarettes just yet.