Grupo Aeroportuario del Sureste SAB CV (NYSE:ASR), or ASUR, delivered another consecutive quarter of passenger traffic growth, due primarily to its concession to operate the Cancun airport in Mexico. Driving that growth was the recently completed expansion of that airport's Terminal 3, which not only increased the terminal's annual capacity from 6 million to 10 million passengers, but added in several new commercial revenue generators. Those two factors proved to be a powerful combination, which propelled ASUR's earnings this quarter. 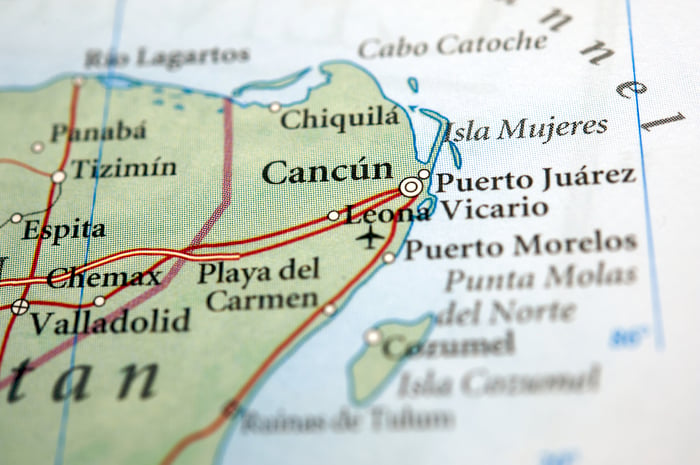 ASUR's expansions have not only increased traffic, it also fueled an impressive jump in commercial revenue, which surged 28.3% over the past year. Driving this growth is the addition of new retail and other commercial space across its airports. In Cancun, for example, the company added nine new areas over the past year, including seven retail locations. These new locations helped propel a 19% year-over-year increase in revenue from its retail operations. Meanwhile, the company opened four duty-free locations across its airports, which drove 37% growth in duty-free revenue.

ASUR still has several expansion projects underway. The biggest is the construction of Terminal 4 at Cancun, with the first phase expected to be open by the end of this year. Once it finishes all phases early next decade, that terminal should boost the airport's capacity by 9 million passengers.

Meanwhile, the company recently announced the acquisition of a controlling interest in two airport operators in Colombia. ASUR will pay $262 million for the companies, which combine to operate a dozen airports in the South American country. Those airports served more than 15 million passengers last year, and the operators hold long-term concessions to continue running those airports until at least 2032. ASUR plans to pay for the transactions with cash on hand and new financings, so the deal should provide an immediate boost to earnings.