Please ensure Javascript is enabled for purposes of website accessibility
Log In Help Join The Motley Fool
Free Article Join Over 1 Million Premium Members And Get More In-Depth Stock Guidance and Research
By Rich Smith - Apr 22, 2017 at 8:13AM

Elon Musk and SpaceX are changing the language of space flight -- and the economics, too.

How do we know that SpaceX is having an effect on the incumbent giants of spaceflight like Boeing (BA -1.12%) and Lockheed Martin (LMT -0.25%), you ask? The evidence keeps rolling in, and it's starting to get undeniable. Let's break it down. 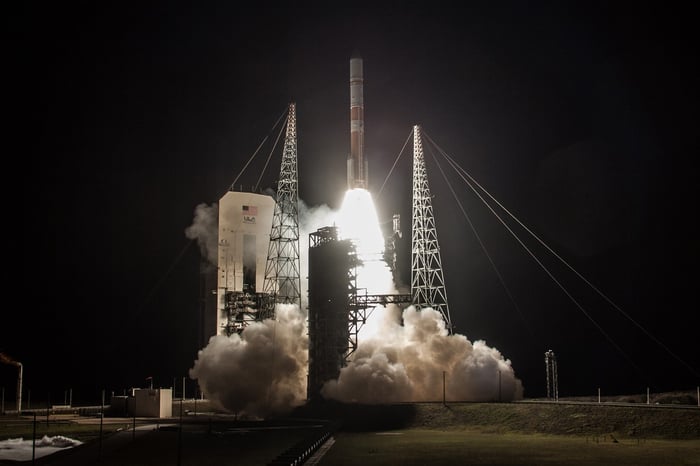 SpaceX won its first bid on an Air Force GPS III satellite launch early last year, offering a bid of less than $83 million for its service -- less than half the $225 million average cost of a space launch via Boeing and Lockheed Martin joint venture United Launch Alliance (ULA).

In very short order, ULA announced plans to lay off one quarter of its workforce -- up to 875 jobs -- through 2017. The reason, explained ULA CEO Tory Bruno, was that the company needed to cut its costs to better compete with the threat from SpaceX.

How big that threat was became apparent earlier this year. Because whereas in 2016, SpaceX won its Air Force contract unopposed (ULA was unable to bid on the contract), in March 2017, ULA did bid against SpaceX. Unfortunately for ULA, it couldn't come close to beating SpaceX's bid.

In a shocking victory, SpaceX raised the price that it was charging the Air Force to launch the same kind of satellite that it agreed to launch last year by 17%. Instead of the $82.7 million bid in 2016, this time SpaceX bid $96.5 million. Even with the higher price, SpaceX easily bested its rival.

Clearly, ULA needed to do something to reverse this trend of lost contracts.

And to its credit, United Launch Alliance did not take these losses lying down. Responding to SpaceX's transparency in pricing, for example, ULA last year launched a new "Rocketbuilder" website for customers to use when pricing (and ordering) satellite launches aboard its Atlas V and Delta IV rockets. Featuring a la carte pricing, and leavened with a healthy dose of marketing on why its record of reliability creates less visible cost savings for a customer, it actually seems that ULA stole a page from SpaceX in the creativity department.

Longer term, Bruno has promised several times now that the absolute price on his company's rocket launches is coming down, to perhaps as low as $99 million a launch. And while we haven't seen any actual price quotes in this range just yet, ULA does appear to be bidding a bit lower lately.

Given that Atlas V launches have been quoted as high as $190 million in the past, while the Delta IV ordinarily runs around $350 million, these appear to be significant price cuts that ULA has offered to the Air Force -- maybe not "$99 million" exactly, but moving in that direction.

And yet, lower prices almost certainly portend slimmer profit margins for ULA and its twin owners -- if indeed they can earn a profit at all at prices so far below what they've been used to charging. Right now, S&P Global Market Intelligence data show Boeing's space operations earning that company about 7% operating profit margins (down from 9.4% in 2015). Lockheed's space margins are stronger at 13.5%, but could also be put at risk by the challenge from SpaceX.

Between the layoffs, contract losses, and reduced revenue from contracts won, I'd say this risk is very real.