Please ensure Javascript is enabled for purposes of website accessibility
Log In Help Join The Motley Fool
Free Article Join Over 1 Million Premium Members And Get More In-Depth Stock Guidance and Research
By Chris Neiger - Apr 24, 2017 at 10:21AM

No one can guarantee that Alphabet, Tesla, and NVIDIA will succeed in driverless cars -- but their leadership in the space certainly makes them bets that won't keep you up at night.

Driverless cars are still in their infancy, but many technology companies and automakers have shifted their efforts to develop semi-autonomous systems into high gear as they wait for the tech and the market to fully materialize. And well they should -- by 2035, some analysts foresee the market for partially and fully autonomous vehicles hitting $77 billion a year.

We're still years away from fully autonomous vehicles, but a handful of companies are making bigger strides toward them than their rivals. Among those are Alphabet's (GOOG -1.29%) (GOOGL -1.34%) Google, NVIDIA (NVDA -2.51%) and Tesla (TSLA -6.42%). Each is taking a different approach the driverless car market, but all are solid plays that investors don't need to babysit. 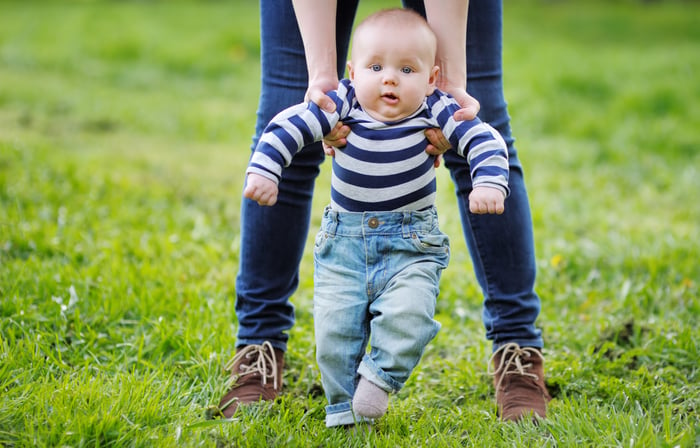 Alphabet's well-known efforts to develop driverless car technologies began back in 2009, first as a project run by its Google X R&D unit, and later spun off into their own subsidiary, called Waymo.

Through Waymo, Alphabet is working with Fiat Chrysler to release 100 self-driving minivans later this year. Waymo CEO John Krafcik said in press release last year that the company wants to bring driverless car services to ride-sharing, as well trucking, logistics, and consumer vehicles -- which represents, essentially, nearly every facet of the automotive market.

Considering its just a small subsidiary, investors shouldn't expect revenues from Waymo to move the needle at all for Alphabet right now. But the parent company is very adept at figuring how to monetize its businesses, and the fact that it was spun out shows that management is confident that the unit could bring in revenues of its own.

With more than eight years of autonomous vehicle experience under its belt already, and the $86 billion in cash Alphabet has on hand to exploit whatever opportunities it finds, this driverless car play is the epitome of a set-it-and-forget-it stock.

Tesla has made some bold claims about its driverless-car plans in the past. CEO Elon Musk said last year that by 2018, the company's cars would be able to be summoned remotely by their owners -- as in not driven by anyone -- from across the country.

It's looking highly unlikely that Tesla will have that feature live by next year, but the electric automaker's vehicles are still far ahead of its competition. New Teslas already come equipped with fully autonomous driving hardware, and ongoing updates to the vehicles' software are slowly making more and more self-driving features available to their owners.

Investors should note that Tesla's valuation is sky high right now, with a price-to-sales ratio of 7.1, compared to 0.29 for competitors like Ford, and a forward P/E that sits above 150.

There's likely to be some volatility ahead for Tesla stock for that reason, but that doesn't mean that current Tesla shareholders will have to babysit their investment. Tesla is ahead of other automakers in the semi-autonomous space, and will likely continue to keep its lead for the foreseeable future. But investors considering opening up a position in the company should know that Tesla will likely have a hard time growing at the rate it needs to justify its current valuations.

Another solid bet on the driverless car market is graphics processing unit (GPU) maker NVIDIA. The company has developed an automotive AI computing platform called Drive PX 2, that can rapidly process data from cameras and give semi-autonomous vehicles situational awareness -- allowing them to "understand" and properly react to what they see around them.

Already about 80 automakers and Tier 1 suppliers are using or testing Drive PX, and Tesla is the latest company to partner with NVIDIA for semi-autonomous driving systems. NVIDIA earned about 7% of its total revenue in its fiscal 2017 (which ended Jan. 29) from its automotive segment, and sales from the business grew by 37% year over year in fiscal Q4 2017.

Aside from that growth and its early lead in selling semi-autonomous vehicle supercomputers to automakers, NVIDIA is the leader in the GPU space, and earns most of its money (59% in fiscal 2017) from sales in the gaming market. This will continue to provide NVIDIA a lot of stability -- and resources -- as it builds out its driverless car technologies. And it's a key reason why investors won't have to keep a close eye on the company.

To be clear, any investment comes with its own level of risk, and investors shouldn't assume that Alphabet, Tesla, or NVIDIA are now, or will remain, sure bets. But each company is poised to dominate the driverless car market in their own way, which means investors can rest a little easier with these companies in their portfolios.