These two biopharmaceutical stocks have been going in opposite directions, which has left one trading at a bargain valuation.

Gilead Sciences (GILD 0.82%) and Celgene (CELG) are two of the most successful biopharmaceutical companies to rise out of the 1980s, but since early 2015, Gilead shares have fallen 30%, while Celgene shares have risen 11%. For investors considering them now, the question is, which stock represents the best opportunity for new money?

Let's get the biggest issue out on the table right away. Gilead's hepatitis C drugs not only treat the disease, but cure it in as little as six weeks, meaning the population that needs them is shrinking. Not only does that translate into fewer patient starts, but those patients remaining, on average, will be in earlier stages of the disease, and therefore have less urgency about getting started and need a shorter duration of treatment. If that weren't bad enough, competitors showing up to grab a chunk of the shrinking market have had an impact, too. The pain from all of this caused Gilead to guide analysts to a drop of $6.6 billion, or 44%, in HCV sales in 2017, much more than the market had expected. 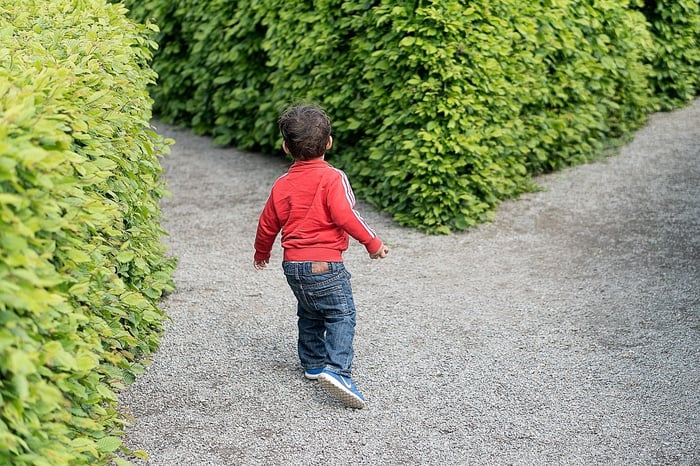 That's equal to a pretty large fraction of Gilead's total 2016 revenues of $30.4 billion -- large enough that management is predicting a 23% decline in revenue this year. But eventually, HCV sales will stabilize as the backlog of very sick patients waiting for treatment is worked through and sales start going primarily to treat newly diagnosed cases. Moreover, the number of newly diagnosed cases of hepatitis C in the U.S. annually has actually been increasing since Gilead's Solvaldi was launched in 2013,, so in time the decline should level off. And Gilead should be able to hang onto significant market share in this area, despite the competition.

Meanwhile, there is a lot to like about the rest of Gilead's portfolio, which provided half of the company's 2016 sales. Its HIV franchise is the top dog in the industry: 63% of diagnosed HIV patients in the U.S. are on Gilead's drugs. Competition is stiff, but Gilead's strong R&D organization has already brought next-generation drugs to market that are growing sales well, and which contributed to its 17% growth in non-HCV anti-virals in 2016. HIV drugs taken prophylactically by at-risk people who have not been infected with the disease will also be a source of growth, and Gilead's Truvada is the only drug approved for that indication.

But the primary bull case for Gilead boils down to two factors: The stock is darn cheap, and the company has plenty of money to buy itself some growth via acquisitions. The decline in the HCV business is well-reflected in the stock price, which is a mere eight times analysts' consensus earnings estimate for 2017, compared with about 18 times forward earnings for the S&P 500. What's more, the company's low cost structure allows it to generate copious quantities of free cash flow -- almost $16 billion of it last year, 52% of revenue. With $32.4 billion in cash and equivalents on hand, investors expect some sort of growth-enhancing acquisition on the horizon, and management has been encouraging that view of late.

Celgene is that rare pharmaceutical company that is enjoying rapid growth without the risk of a big drug in decline anytime soon. It hit the ball out of the park in 2016 with a 22% increase in sales and adjusted EPS growth of 26%. Sales growth was 19% in 2014 and 21% in 2015, so last year was no fluke. With growth like that, a valuation of 17 times expected 2017 earnings is quite reasonable.

Part of the good news for investors is that portfolio growth is coming from several sources. Celgene specializes in oncology, hematology, inflammation, and immunology. Its lead drug for various blood cancers, Revlimid, comprises 62% of sales and is still growing strongly, thanks to both gains in market share and increasing durations of treatment. New indications and new combination therapies should continue to power the growth of Revlimid, with analysts expecting sales to increase from $8 billion last year to $13 billion in 2022. But two other treatments -- Pomalyst/Imnovid for multiple myeloma and Otezla for psoriasis -- reached also blockbuster status during 2016.

The other good news is that the company's pipeline should sustain growth for a long time. Its next blockbuster will probably be ozanimod, for relapsing multiple sclerosis and ulcerative colitis; that drug could have peak annual sales in the range of $4 billion to $6 billion. And over the next two years, the company will get data readouts from 19 phase 3 trials and advance nine novel molecules to pivotal trials.

In fact, of the 30 molecules in development and the 50 programs supporting them, 14 could launch in the next five years, 10 of which have blockbuster potential. Optimism about the pipeline led a spokesperson to share the opinion that the company predicts revenue growth every year out to 2030.

So which is the better investment at this time, the stock that is cheap for good reason or the one that is more expensive for good reason? I'm going to pick the strongest business: Celgene.

Although Gilead is a cash-generation machine, and has an unquestionably strong balance sheet, that $32 billion in cash doesn't look quite as impressive when one takes into consideration its $26 billion in debt -- up from $6.6 billion just three years ago. Cash growth last year was financed by an increase in debt and a reduction in working capital, while almost all free cash flow was returned to shareholders through dividends and share buybacks.

While there is certainly enough financial strength there to do an acquisition -- if not as big a purchase as some hope for -- what we don't know is how well any acquired assets will pay off in the long term. I expect that in the short term, an acquisition by Gilead would boost the stock, potentially by a lot, as earnings jump and the multiple improves. But over a period of say, five or 10 years, we can't know if Gilead 2.0 would be able to put up the same level of growth that its peers have, let alone what Celgene is already accomplishing.

In the end, I prefer the compounding effect of Celgene's more-certain growth for many years, without the risk inherent in an unknown, future acquisition that makes the Gilead thesis work. Even with its higher price tag, I think Celgene is the better bet.