MSA Safety (NYSE:MSA) was up against a tough comparable quarter because of several large orders last year. However, while revenue fell against last year's result, earnings surged thanks to the company's efforts to streamline its cost structure. Meanwhile, the company noted that the order improvement for industrial goods like hard hats that began late last year started gaining steam in early 2017, which suggests that even better days lie ahead. 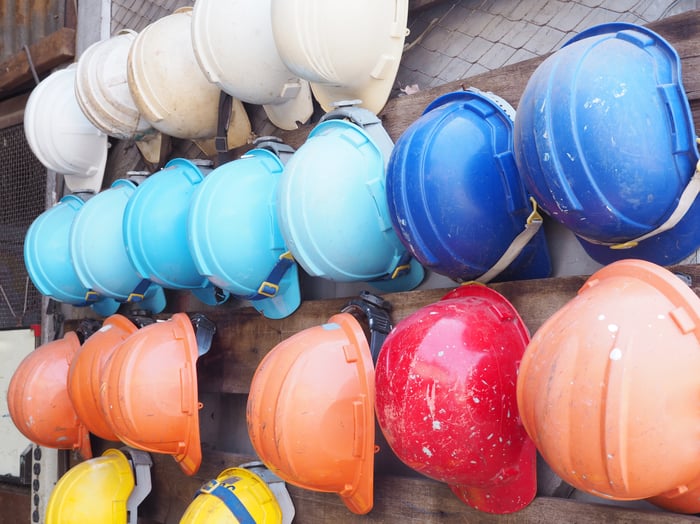 CEO William Lambert commented on the company's results, pointing out: "Our first-quarter performance reflects the leverage we are gaining from our streamlined cost structure and continued focus on improving profitability. Despite a difficult revenue comparison in self-contained breathing apparatus (SCBA) resulting from several large orders shipped in the first quarter of 2016, we realized adjusted earnings growth of 24%."

As Lambert noted, the company continues to face a pretty tough comparison after the initial rush of sales for its latest SCBA. That said, while the sales decline in that segment negatively impacted revenue, the company more than made up for that on the bottom line, thanks to a focus on streamlining costs and concentrating on efforts to improve profitability. These efforts include keeping a lid on SG&A costs, driving sales of higher margin items, and keeping its cost of products sold down through value engineering.

One of the other positives on the quarter was that the order improvement that started taking shape late last year in industrial products like hard hats and portable gas detectors continued to gain traction in the first quarter. That cyclical uptick, when combined with the company's focus on expanding margins and lowering costs, should drive profitable growth this year.