While sales of MSA Safety's (NYSE:MSA) G1 self-contained breathing apparatus (SCBA) has cooled off since last year, causing revenue to decline, earnings still rose sharply thanks to margin expansion and a streamlined cost structure. Meanwhile, profitability should get a boost in the coming quarters after the company completed the accretive acquisition of Globe Manufacturing Company. Further, the company still has a strong balance sheet even after paying cash for Globe, which gives it the financial firepower to continue investing so it can grow earnings. 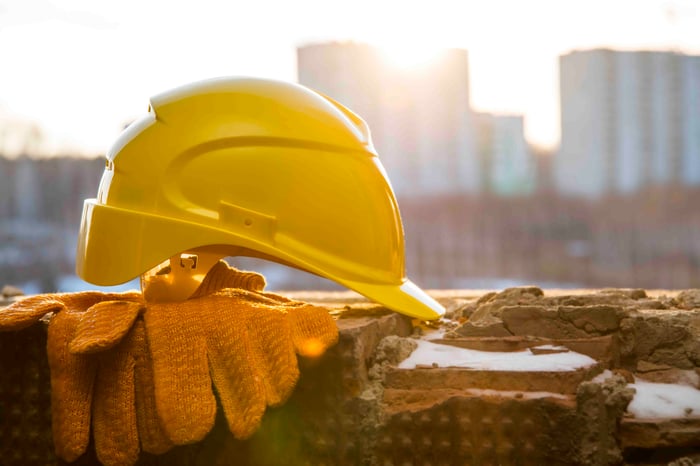 In addition to improving profitability through its cost-cutting initiatives, MSA Safety also benefited from an uptick in sales of industrial products such as hard hats and fall protection equipment. According to Lambert, this growth was the payoff of "previous investments in R&D and acquisitions" that enabled the company to "capitalize on stronger market conditions to drive double-digit revenue growth in each of these areas." In hard hats, Lambert noted that the driver was the company's market-leading Fas-Trac® III Suspension because of its ability to offer customers best-in-class customization options. Meanwhile, the growth in fall protection was driven primarily by Latchways, which it bought in 2015.

Lambert also noted that the company "has a strong history of using our balance sheet to complete acquisitions, like Latchways and General Monitors, that drive shareholder value. That's why he's excited about Globe, which he sees as "an excellent strategic and financial fit." Aside from integrating that business, the company's focus in the coming quarters, according to the CEO, will be to continue managing costs while "strategically deploying capital for investments that will continue to drive profitable growth and market share gains."